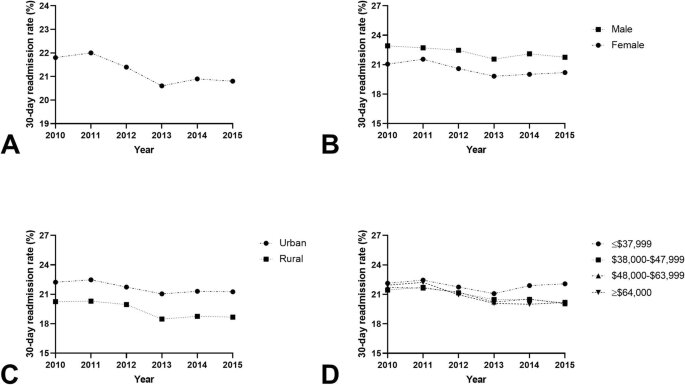 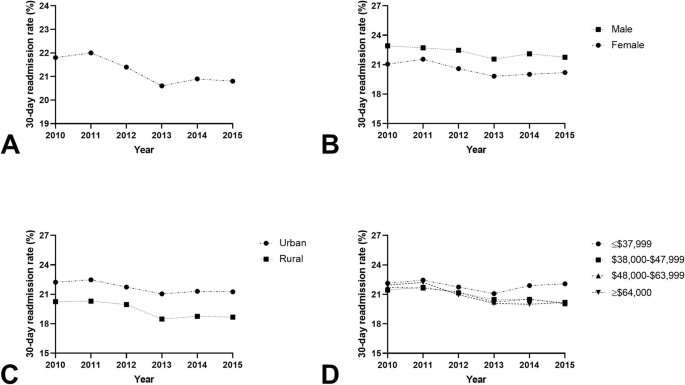 Patients who earn less than $38,000 per year, identify as male or were treated in an urban hospital have a higher risk of being readmitted to a hospital within a month of discharge, according to a new University at Buffalo study.

“Evidence suggests that up to 80 percent of a patient’s health outcomes are a result of social, behavioral and economic factors rather than their medical care,” says Jacobs. “Social and economic disparities will continue to play an important role in patient care and health outcomes. Current readmission policy does not adequately account for patient sociodemographic factors, which may further drive health inequity.”

The study is one of few to explore how social characteristics influence hospital readmissions in the United States. Early hospital readmissions are associated with increased health care costs and remain common in the U.S., particularly within the Medicare population, says Jacobs. And, he adds, social risk factors that impact health outcomes are disproportionately represented in high-needs populations.

“Providers and hospitals recognize the association of social needs with patient outcomes, yet they may be reluctant to assume responsibility for a patient’s social-related needs given their complexity coupled with increasing clinical demands,” says Jacobs. “Hospitals should not be penalized for treating higher risk patients when social risks are outside a hospital’s control.”

The research examined the Nationwide Readmissions Database to identify adult patients admitted to hospitals between 2010–15 with any of four conditions targeted by the HRRP: heart failure, pneumonia, acute myocardial infarction and AECOPD. Stroke was examined as a control condition as it is not targeted by the HRRP.

The data contained information on more than 19.2 million hospital admissions and over 3.6 million readmissions within 30 days, which accounted for nearly half of U.S. hospitalizations during the period. Thirty-day readmission rates were assessed in relation to three sociodemographic and economic characteristics: gender, household income, and the location of the hospital in an urban or rural setting.

According to the investigation, female gender, higher household income and receiving treatment at rural hospitals were associated with decreased odds of 30-day readmission for the targeted conditions. The study also found that patients age 75–90 accounted for the highest percentage of readmissions, except for those treated for AECOPD, where patients age 40–64 had the highest readmission rates.

Findings on the relationship between hospital location and readmission rates are conflicting, says Jacobs. Patients who need surgery or require additional resources, such as treatment by a specialist, are often referred to urban hospitals, he says. “Urban hospitals, therefore, may be associated with higher odds of 30-day readmission because they see complex patients from both urban and rural areas,” he says.

Patients with a lower household income may have more difficulties affording prescriptions or accessing transportation to follow-up appointments, he adds.