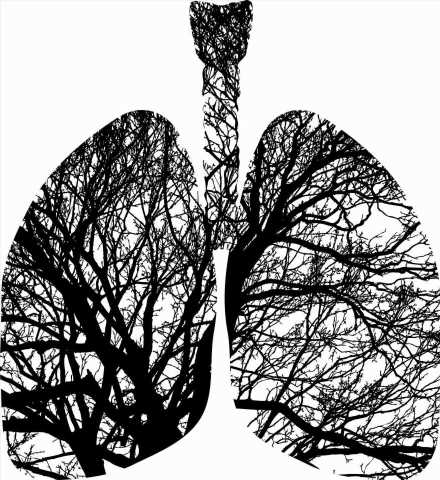 Lung immunity is essential to combat all pulmonary diseases, including COVID-19, order synthroid online pneumonia, lung cancer, asthma and COPD. Lung immunity differs from the systemic immunity which is the normal focus of biomedical investigations and interventions, but factors influencing the establishment and regulation of lung immunity are mostly still unknown. Now a new study reveals lung cell roles in guiding the immune system.

Researchers from Boston University School of Medicine (BUSM) have found that control of immunity in the lungs is accomplished by cells that line the air spaces, epithelial cells, using a specialized immune-facing molecule, MHC-II. This epithelial MHC-II is essential for localizing and scripting highly specialized immune cells called resident memory T (TRM) lymphocytes inside the lungs.

“Epithelial cells in the lung are typically envisioned as supporting respiratory functions, while MHC-II is understood to connect immune cells to immune cells, so the finding that MHC-II on lung epithelial cells tells TRM cells where to go and what to do in the lung is novel and unanticipated,” explained corresponding author Joseph Mizgerd, ScD, professor of medicine, microbiology and biochemistry at BUSM.

By analyzing the lung epithelial cells from human and experimental models, the researchers learned that all the different types of epithelial cells examined express MHC-II and increase its expression during infections. The only known function of MHC-II is to educate immune cells called CD4+ T cells. In cell cultures, lung epithelial cells could use this molecule to tell T cells what to do, so that they would be able to respond appropriately to microbes that might cause an infection. Interrupting only MHC-II only on lung epithelial cells led to aberrant numbers and types and places of CD4+ T cells in the lungs, but not the blood, revealing these specific lung cells were responsible for directing pulmonary immunity.

“Our study suggests that lung epithelial cells are akin to gatekeepers that are tasked with appropriately instructing locations of CD4 TRM cell outposts and their ability to fight future infections. Given that TRM cells, beyond their protective roles in pneumonia, play key roles in fighting cancers and provoking asthma, our findings have larger implications in understanding, preventing and treating multiple lung diseases,” said first author Anukul Shenoy, Ph.D., postdoctoral scientist in BUSM’s Pulmonary Center.

In addition to showing that lung epithelial cells use MHC-II to organize the immune system in the lung, the study also reveals two unexpected findings that grew out of the main discovery. First, that other immune-facing molecules depend on MHC-II for getting to the cell surface where they can interact with other cells to do their immune instruction. Second, that the lack of MHC-II on lung epithelial cells causes changes to the local lung immune system that mirror a rare but serious outcome of immune-targeting cancer therapies (“checkpoint inhibitor therapies”). “This led to the discovery that a molecular target of these cancer treatments is one of the molecules that depends on MHC-II for getting to the cell surface, and the suggestion that deleterious side effects from checkpoint inhibitor therapies may result from inhibition of immune cell guidance by lung epithelial cells,” said Mizgerd.

The researchers envision that interventions (both preventative and remedial) can be designed to harness the ability of lung epithelial cells in modulating the pulmonary immunity. “That way we would be able to use the patients’ own lung epithelial cells to turn on protective roles of TRM cells during pneumonia and/or cancers, while being able to shut off their pathological roles during asthma, as deemed necessary,” said Shenoy.