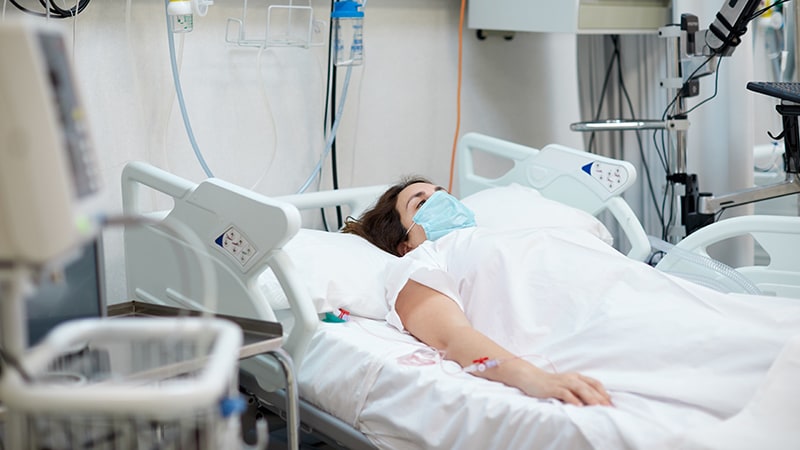 The state of Mississippi is out of intensive care unit (ICU) beds. The University of Mississippi Medical Center — the state’s largest health system — is converting part of a parking garage into a field hospital to make more room.

The state has requested the help of a federal disaster medical assistance team of physicians, nurses, respiratory therapists, pharmacists, buy phenergan online pharmacy no prescription and paramedics to staff the extra beds. They will arrive today or tomorrow with a goal of opening the field hospital on Friday.

Arkansas hospitals have as little as eight ICU beds left to serve a population of 3 million people. Alabama isn’t far behind.

As of Tuesday, several large metro Atlanta hospitals were diverting patients because they were full.

Hospitals in Alabama, Florida, Tennessee, and Texas are canceling elective surgeries, as they are flooded with COVID patients.

Florida has ordered more ventilators from the federal government. Some hospitals in that state have so many patients on high-flow medical oxygen that it is taxing the building supply lines.

“Most hospitals were not designed for this type of volume distribution in their facilities,” said Mary Mayhew, president of the Florida Hospital Association.

That’s when they can get it. Oxygen deliveries have been disrupted because of a shortage of drivers who are trained to transport it.

“Any disruption in the timing of a delivery can be hugely problematic because of the volume of oxygen they’re going through,” Mayhew said.

In a setting where most Americans now have access to safe and highly effective vaccines, hospitals in the Southeast are once again under siege from COVID-19.

Over the month of June, the number of COVID patients in Florida hospitals soared from 2000 to 10,000. Mayhew says it took twice as long during the last surge for the state to reach those numbers. And they’re still climbing. The state had 15,000 hospitalized COVID patients as of today.

“These hospitals are under great stress,” says Eric Toner, MD, a senior scientist at the Johns Hopkins Center for Health Security in Baltimore, Maryland.

The Delta variant has swept through the unvaccinated South with such veracity that hospitals in the region are unable to keep up. Patients with non-COVID health conditions are in jeopardy too.

Lee Owens, age 56, said he was supposed to have triple bypass surgery on Thursday at St. Thomas West Hospital in Nashville. Three of the arteries around his heart are 100%, 90%, and 70% blocked. Owens says the hospital called him yesterday to postpone his surgery because they’ve cut back elective procedures to just one each day because the ICU beds there are full.

“I’m OK with having to wait a few days (my family isn’t!), especially if there are people worse than me, but so much anger at the reason,” he said. “These idiots that refused healthcare are now taking up my slot for heart surgery. It’s really aggravating.”

Anjali Bright, a spokesperson for St. Thomas West, provided a statement to Medscape Medical News saying they are not suspending elective procedures, but they are reviewing those “requiring an inpatient stay on a case-by-case basis.”

She emphasized, though, that “we will never delay care if the patient’s status changes to ‘urgent.’ “

“Because of how infectious this variant is, this has the potential to be so much worse than what we saw in January,” says Donald Williamson, MD, president of the Alabama Hospital Association.

Williamson says they have modeled three possible scenarios for spread in the state, which ranks dead last in the United States for vaccination, with just 35% of its population fully protected. If the Delta variant spreads as it did in the United Kingdom, Alabama could see it hospitalize up to 3000 people.

“That’s the best scenario,” he said.

If it sweeps through the state as it did in India, Alabama is looking at up to 4500 patients hospitalized, a number that would require more beds and more staff to care for patients.

Then, there is what Williamson calls his “nightmare scenario.” If the entire state begins to see transmission rates as high as they’re currently seeing in coastal Mobile and Baldwin counties, that could mean up to 8000 people in the hospital.

“If we see R-n[a]ughts of 5 to 8 statewide, we’re in real trouble,” he said. The R-naught is the basic rate of reproduction, and it means that each infected person would go on to infect 5 to 8 others. Williamson says the federal government would have to send them more staff to handle that kind of a surge.

Unlike the surges of last winter and spring, which sent hospitals scrambling for beds and supplies, the biggest pain point for hospitals now is staffing.

In Mississippi, where 200 patients are parked in emergency departments waiting for available and staffed ICU beds, the state is facing Delta with 2000 fewer registered nurses than it had during its winter surge.

Some have left because of stress and burnout. Others have taken higher-paying jobs with travel nursing companies. To stop the exodus, hospitals are offering better pay, easier schedules, and sign-on and stay-on bonuses.

Doctors say the incentives are nice, but they don’t help with the anguish and anger many feel after months of battling COVID.

“There’s a big sense of betrayal,” said Sarah Nafziger, MD, vice president of clinical support services at the University of Alabama at Birmingham (UAB) Hospital. “Our staff and healthcare workers, in general, feel like we’ve been betrayed by the community.”

“We have a vaccine, which is the key to ending this pandemic and people just refuse to take it, and so I think we’re very frustrated. We feel that our communities have let us down by not taking advantage of the vaccine,” Nafziger said. “It’s just baffling to me and it’s broken my heart every single day.”

Compounding the staffing problems, about half of hospital workers in Alabama are still unvaccinated. Williamson says they’re now starting to see these unvaccinated healthcare workers come down with COVID too. He says that will exacerbate their surge even further as healthcare workers become too sick to help care for patients and some will end up needing hospital beds themselves.

At the University of Mississippi Medical Center, 70 hospital employees and another 20 clinic employees are now being quarantined or have COVID, Jones said.

“The situation is bleak for Mississippi hospitals,” said Timothy Moore, president and CEO of the Mississippi Hospital Association. He said he doesn’t expect it to get better anytime soon.

Mississippi has more patients hospitalized now than at any other point in the pandemic, said Thomas Dobbs, MD, MPH, the state epidemiologist.

“If we look at the rapidity of this rise, it’s really kind of terrifying and awe-inspiring,” Dobbs said in a Wednesday news conference.

Schools are just starting back, and, in many parts of the South, districts are operating under a patchwork of policies — some require masks, while others have made them voluntary. Physicians say they are bracing for what these half measures could mean for pediatric cases and community transmission.

The only sure way for people to help themselves and their hospitals and schools, experts said, is vaccination.

“State data show that in this latest COVID surge, 97% of new COVID-19 infections, 89% of hospitalizations, and 82% of deaths occur in unvaccinated residents,” Moore said.

“To relieve pressure on hospitals, we need Mississippians — even those who have previously had COVID — to get vaccinated and wear a mask in public. The Delta variant is highly contagious and we need to do all we can to stop the spread,” he said.