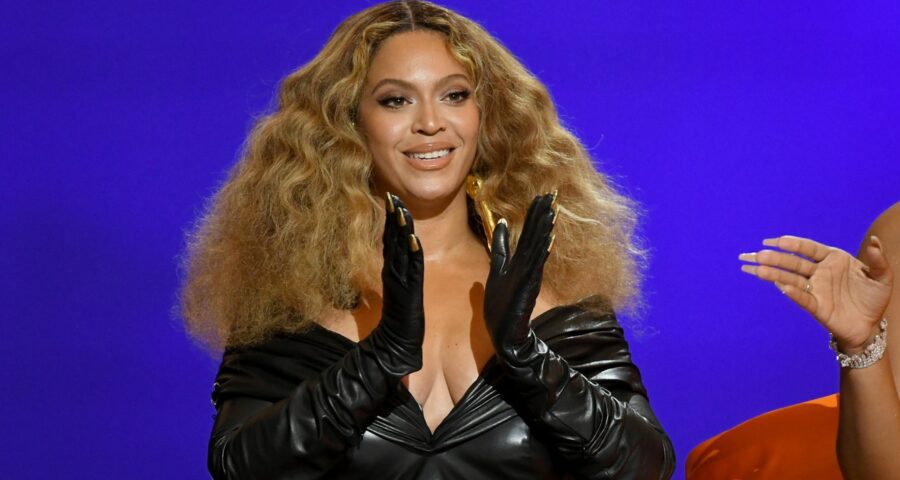 It looks like you can now have breakfast at Tiffany's with Beyoncé. We're only kidding, though we can only dream of how in awe we would be while literally spilling the tea with Queen Bey. All jokes aside, the singer and her husband, Jay-Z, are the faces of the jewelry brand's latest campaign, titled, "About Love."

The singer and actress shared the news with fans via Instagram on Monday, August 23, by posting three photos from the campaign to her grid (which you can see here, here, take bupropion and here). We, alongside her fans, can't get over how incredible the power couple looks in these photos, but we also need to take a moment to appreciate Bey's hair. Each of the photos perfectly captures her blonde beehive bun from all its angles. In the third photo she posted, you can see all the tendrils of hair that went into creating this bun, and, from what we can see, it looks like a lot of hair and time was involved in making this updo reach new heights.

Several members of Bey's glam squad also took to the 'gram to share some photos from the campaign, including hairstylist Nakia Collins. According to one of Collins's Instagram posts, she wasn't the only one responsible for Queen Bey's hive. Hairstylist Jawara contributed the other pair of artistic hands behind the ornate bun.

Because this is, you know, a Tiffany's campaign, make sure to also check out the more than 200 carats of diamonds that are casually laid around Bey's neck, fingers, and everywhere else (she's literally dripping in diamonds). We're so excited to see the Carter's — who are icons in their own right — serve as the new faces of an equally iconic brand.