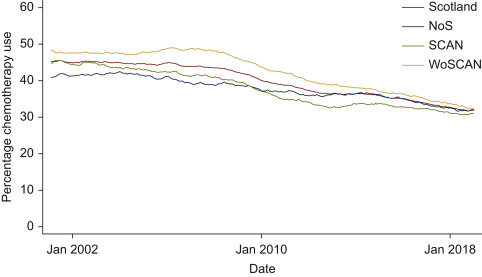 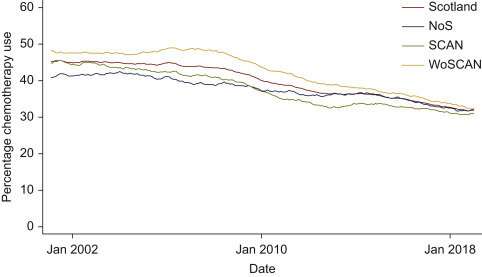 Regional variation in chemotherapy treatment for breast cancer across Scotland has reduced significantly over the past 15 years, according to a new study. The findings suggest that there are now limited inequalities in treatment across the majority of the country’s 14 health boards. Experts from the University of Edinburgh say this means patients across Scotland with breast cancer can have confidence that they will receive consistent access to good quality treatment.

Chemotherapy has contributed to a sustained improvement in the survival rates of breast cancer patients over recent decades, experts say.

The decision to undergo treatment should be weighed against the side effects, which can be severe, and it is not recommended for all patients, they say.

An appropriate uptake among patients for whom it is recommended is considered a marker of a well-functioning healthcare system.

Despite this, there is no consensus on what the correct rate of chemotherapy use should be, experts say. Wide variation may indicate good or poor quality care in some areas.

The research team analyzed data of almost 49,000 patients with surgically treated early breast cancer between 2001 and 2018 from the Scottish Cancer Registry.

Patients were treated in 14 health boards in Scotland, which are grouped together into three regional cancer networks.

Experts suggest this convergence in chemotherapy use can be attributed to close collaboration and joined-up guideline development between Scottish Cancer Centres.

The team found a small number of outliers from the national average when analyzing the individual health boards, and say more research needs to be done to understand the reasons for that disparity.