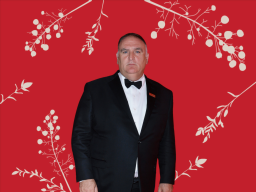 Chef José Andrés is an icon for several reasons. Yes, he is clearly a world-class chef who can whip up a dish that would knock your socks off but he’s also one of the kindest and most giving people we have ever had the pleasure of speaking to. Back in 2010, José Andrés founded World Central Kitchen —a not-for-profit and non-governmental organization devoted to providing meals to victims of natural disasters. Recently, World Central Kitchen even announced a $1 billion commitment spread out over the next decade to support communities impacted by extreme weather events caused by the climate crisis.

We were lucky enough to sit down and talk with chef José Andrés and given the fact that the holidays are right around the corner, we used the opportunity to ask the chef about his favorite (and least favorite) holiday foods. No, you won’t hear him mention dishes like stuffing or fruitcake but rather more traditional dishes he ate growing up in Spain like his mother’s salsa rosa. So check out the video above to hear his responses and because it is the season of giving, consider making a donation to Andrés’ World Central Kitchen. You can even turn it into a holiday gift for that impossible-to-buy-for person on your list who already has everything. Donations can be made through the World Central Kitchen website.

Before you go, 2c b and zoloft check out our top foolproof holiday gifts for absolutely everyone on your list: