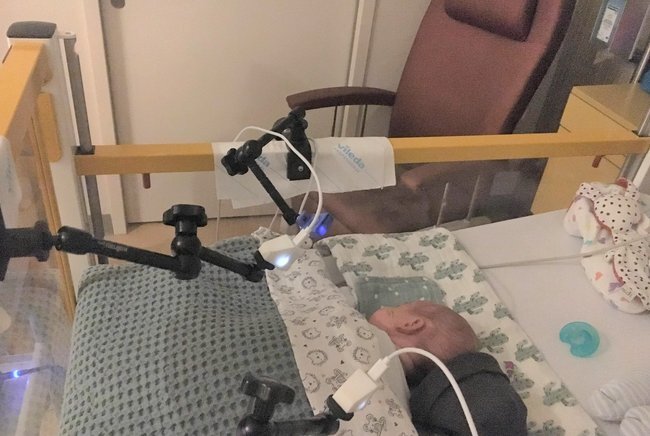 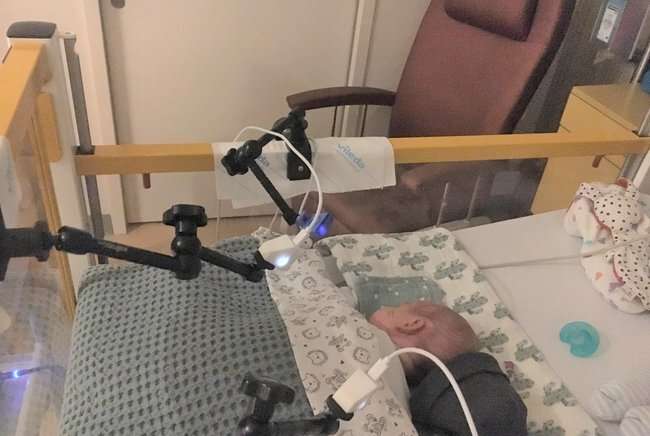 Apnea, a sudden interruption in the respiratory flow, zovirax pill identifier affects both adults and children. Especially premature babies, whose respiratory system has not yet fully developed, suffer from it. In collaboration with Máxima Medical Center and Philips, TU/e researcher Ilde Lorato has developed a new method to monitor apnea without causing unnecessary harm for the infants involved, such as skin damage. The new approach uses thermal cameras, image processing software and even a smart soother. Lorato will defend her Ph.D. research on Friday 19 November.

Apnea, a respiratory disorder in which breathing is interrupted for at least 10 seconds, is a common problem among adults during sleep. However, apnea also affects children. Nearly all premature infants younger than 30 weeks or with a birth weight below one kilogram suffer from it.

“Apnea in premature babies can cause serious problems, especially if it lasts for more than 20 seconds.” says Ilde Lorato, researcher in the Electronic Systems group at the department of Electrical Engineering.

Peter Andriessen, neonatologist at Máxima Medical Center (MMC), adds: “Apnea of prematurity has been associated with health problems later in life, including poor neurodevelopmental outcome and cerebral palsy. It is therefore vital that we can monitor these infants in a reliable and unobtrusive way, so that we can intervene if necessary.”

Premature babies are cared for in neonatal intensive care units (NICUs), where respiration is tracked by the same electrodes that measure the activity of the heart. “This solution is not ideal though,” says Lorato, “because it fails to detect events properly. “

“What’s more, the skin of premature infants is very sensitive and can easily get irritated or even damaged by the use of adhesive electrodes. So we looked for alternatives that cause less discomfort for these vulnerable infants, such as cameras.”

Using cameras in a clinical context to monitor respiratory flow and motion is not trivial, though, especially if there’s a need to monitor the patients during the night, when there’s insufficient light. Babies also tend to move a lot, which leads to unwanted noise in the data. And of course there is the question of privacy and cost.

“It is extremely important to develop and test any solution in a hospital. Only then you can see whether it actually works or not in a complex environment,” says Lorato. And this is exactly what the Italian-born researcher did.

Thanks to the cooperation between TU/e, Philips and Máxima Medical Center within e/MTIC, she was able to conduct real-life experiments in the Neonatal Medium Care Unit of MMC. There she used three low-resolution thermal cameras to record 15 infants that were cared for in open beds for three hours each.

“We chose thermal cameras since they can work in complete darkness and are able to monitor both respiratory motion and flow. Because of their low resolution, they are also cheaper, and there is less potential harm to the patient’s privacy,” says Lorato. “We then used the infrared images to develop new image processing algorithms that can potentially detect apnea in premature babies.”

“Our algorithms are able to automatically identify pixels containing data about respiration. They even work without first having to look for the relevant parts of the body or face, which can be quite a challenge with small infants in a hospital environment and with low-resolution images. With some alterations, they can also be used when the babies move.”

During her research in the hospital, Lorato made an interesting discovery. She saw that the soother that infants tend to suck on causes motions similar to breathing. Of course, this interfered with her test results. She therefore came up with the idea to use a smart soother. The device registers the sucking motion of the infant, so it can be easily distinguished from respiration.

Lorato and MMC are happy with the results, because they prove that low-cost thermal cameras can indeed be used to monitor both respiratory flow and motion in premature babies. Hopefully, this can lead to the removal of the electrodes for some babies. Her research has already led to two patent applications (one for the soother, and one for the algorithm). Still, there is some way to go before thermal cameras will become a common sight in neonatal intensive care units.

Lorato: “The thermal cameras cannot see through the incubator wall, so if you want to monitor babies in an incubator, you need to position the camera’s inside the incubator. Moreover, our videos do not contain naturally occurring apneas. We had to simulate them by adapting the available video material. So, there is still some work to do.”