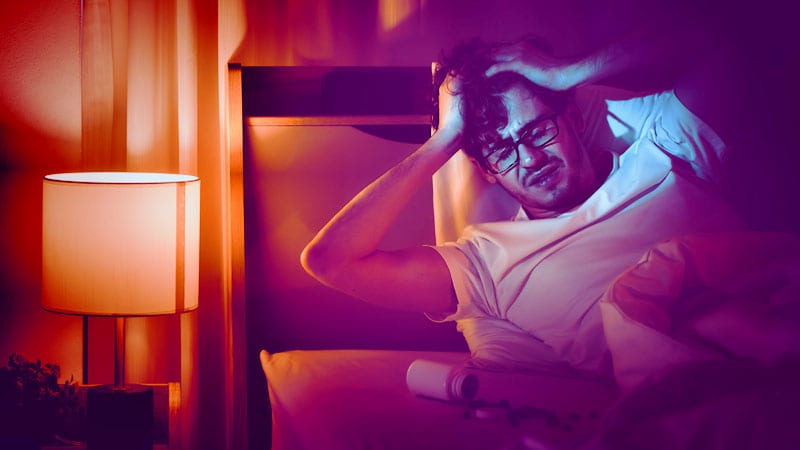 Going to bed later than usual and/or getting a poor night’s sleep are both associated with impaired glycemic response to breakfast the following morning in healthy adults, according to a multiple test-meal challenge study conducted over 14 days.

“And [the results] suggest that one-size-fits-all sleep recommendations are suboptimal, particularly in the context of postprandial glycemic control, a key component of diabetes prevention,” they add.

Prior Research on Sleep Quality and Control of Glucose Lacking

Diet, exercise, and sleep are fundamental components of a healthy lifestyle; however, the role that sleep plays in affecting blood glucose control in generally healthy people has been studied little so far, the researchers explain.

Sleep disorders can act as a measure of general health as they often occur alongside other health problems. Sleep quality also has a direct causal effect on many conditions such as cardiovascular disease, obesity, and type 2 diabetes. And disturbed sleep caused by conditions such as obstructive sleep apnea is associated with the prevalence of type 2 diabetes and risk of associated complications.

This and other evidence suggest a strong link between glucose regulation and the quality and duration of sleep.

Tsereteli and colleagues set out to examine this further in the Personalized Responses to Dietary Composition Trial 1 (PREDICT 1), which involved 953 healthy adults who consumed standardized meals over 2 weeks in a clinic setting and at home.

“The meals were consumed either for breakfast or lunch in a randomized meal order and consisted of eight different standardized meals,”  the researchers explain.

Activity and sleep were monitored using a wearable device with an accelerometer. Postprandial blood glucose levels were measured using a continuous glucose monitor.

Sleep variables including quality, duration, and timing and their impact on glycemic response to breakfast the following morning, and were compared between participants and within each individual.

The study found that although there was no significant association between length of sleep period and postmeal glycemic response, there was a significant interaction when the nutritional content of the breakfast meal was also considered.

Additionally, the researchers observed a within-person effect in which a study participant who slept for longer than they typically would was likely to have reduced postprandial blood glucose following a high-carbohydrate or high-fat breakfast the next day.

The authors also found a significant link between sleep efficiency (ratio of time asleep to total length of sleep period) and glycemic control. When a participant slept more efficiently than usual, their postprandial blood glucose also tended to be lower than usual.

“This effect was largely driven by sleep onset (going to bed later) rather than sleep offset (waking up later),” Tsereteli and colleagues note.

Sleep a Key Pillar of Health

Asked whether these particular sleep effects might be exacerbated in patients with diabetes, senior author Paul Franks, MD, also from the Lund University Diabetes Centre, felt they could not meaningfully extrapolate results to people with diabetes, given that many take glucose-lowering medications.

“However, it is likely that these results would be similar or exacerbated in people with prediabetes, as glucose fluctuations in this subgroup of patients are generally greater than in people with normoglycemia,” he noted in an email to Medscape Medical News.

“Sleep is a key pillar of health, and focusing on both sleep and diet is key for healthy blood glucose control,” he added.

“Compensating for a bad night’s sleep by consuming a very sugary breakfast or energy drinks is likely to be especially detrimental for blood glucose control,” Franks reemphasized.

The study was funded by Lund University. Tsereteli and Franks have reported no relevant financial relationships.