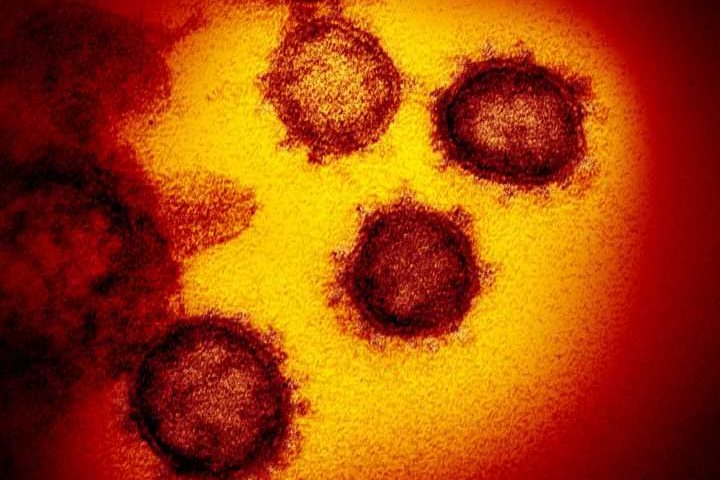 Texas Gov. Greg Abbott caused a stir recently when he said his state was “very close” to achieving herd immunity against COVID-19, that much-discussed but often-misunderstood goal that we’ve all been anticipating for months. If so, other states would be even closer, buy generic alli au without prescription to judge by the numbers who have been infected, vaccinated, or both.

Could Abbott be right?

The short answer, in most places: probably not yet. And it might not even be the correct question to ask.

In a very small way, I helped researchers start to solve this puzzle last year, pricking my finger and sending in a blood sample for an antibody study at the National Institutes of Health. Thousands of other volunteers across the country did so, too, and the results are in, providing a preliminary estimate of how many have been infected with the coronavirus.

In theory, you could add that figure to the number of people who have been vaccinated, and get an idea of whether enough of the population is immune that the virus can no longer spread—the definition of herd immunity. For this virus, epidemiologists estimate that figure needs to be above 80%, and we’re not there yet.

More on the numbers below, but for a variety of reasons the answer is not simple, said Matthew J. Memoli, one of the NIH study leaders.

“I’m not a big fan of the term herd immunity,” he said. “The real question is: When can we stop worrying about this?”

Among the key remaining questions: How is natural immunity different from the level of protection that comes with a vaccine? What about people who underwent both things, a case of COVID followed by a shot (or two) in the arm? And how long does each type of immunity last?

Finally, people should not expect that when we reach 80%, the pandemic disappears overnight, he said. COVID-19 could remain a serious seasonal problem like the flu, blamed for thousands of deaths each year. Or perhaps it fades into the background.

Still, much of the country could be in good shape by the start of summer, he and other infectious-disease experts say.

And the NIH study offers a snapshot of how far we’ve come, while documenting a phenomenon that continues to puzzle physicians: why some people become gravely ill from COVID-19, yet others suffer mild symptoms or none at all.

Needles in the mail

Last spring, when the National Institute of Allergy and Infectious Diseases announced it was conducting a nationwide study of antibody levels, the response was enormous. The pandemic was young and anxiety was high, and more than 400,000 people volunteered to send in blood samples.

Memoli and his colleagues, who worked with partners at the University of Pittsburgh and the University of Alabama at Birmingham, winnowed that number down to 11,382, attempting to get a representative sample of age, gender, race or ethnicity, and geographic location.

I was one of them, apparently needed to help fill the quota for 50-something white guys from the Northeast. A staffer called me to confirm my consent and to make sure I understood the study goals. A box with spring-loaded needles and swabs soon arrived on my front porch. I pricked my finger, dabbed blood on the swabs, and sent them back in a protective package.

The preliminary results confirm what smaller studies have been suggesting for months: that many more people have been infected with the coronavirus beyond the numbers in official case counts.

The authors estimated that as of mid-July, for every confirmed case of COVID-19, an additional five people had been infected but not diagnosed, give or take. Some may have been unaware of infection due to a lack of symptoms, while others may have suspected they had it but failed to get tested.

Yet that covers only the first phase of the pandemic, when nasal swab tests were in short supply in some areas. What about now?

Where we are today

Analysis of a second batch of samples, covering the period from October to February, remains underway, Memoli said. These things take time.

But he said it was reasonable to assume that the true number of cumulative infections remains several times higher than the official U.S. total—now at 30 million and counting.

“There easily could be twice as many, if not three times as many,” he said. “If you told me there were 60 or 90 million, I wouldn’t be shocked by that.”

If it’s 90 million, that means 27% of the population has been infected at some point. Meanwhile, close to 40% of people have gotten at least one dose of vaccine; one in four is fully vaccinated. But there is overlap: Some unknown number of people who were infected also have gotten a vaccine. You can’t simply add 27 and 40.

And even if you did, the total would fall short of that 80% “herd” figure—especially considering that some of the 40% have only partial protection. What’s more, the immunity resulting from many infections may have waned, as the first ones occurred a year ago.

Still, it’s likely that in much of the country, at least half of the population has some level of immunity, said Maciej Boni, a Pennsylvania State University biologist who studies infectious disease.

In Pennsylvania, that figure might be as high as 60%, said Boni, who was not part of the NIH study but has modeled the spread of COVID-19 in Northeastern states.

Are we seeing the impact yet? Almost certainly. While COVID-19 cases are now on the rise, they would have risen even more without the vaccines and the protection from past infection, he said.

“If you’re slowing down infections with immunity, but at the same time speeding up infections by opening up restaurants, they cancel each other out,” he said.

But within a few weeks, as vaccinations continue, he predicted that infections will, at long last, decline.

“You’ll be able to plan a Memorial Day barbecue,” he said.

What will happen next winter, on the other hand, remains unclear.

The NIH study is valuable due to its large size, say those who were not involved. Once the thousands of samples from October through February are analyzed, another round of blood tests is planned six months later.

But the authors’ approach has a drawback, said Jennifer Beam Dowd, an associate professor of demography and population health at the University of Oxford, in England. Study participants were not selected at random.

Those who volunteered may have been different from the general population in various ways. Perhaps they were more likely to be health-conscious, and thus less likely to have been infected, she said. (I am pretty sure I have not been infected, thanks to a job that allows me to work from home, but study participants were not told of their individual results.)

Memoli, the study author, agreed that using a random sample of people would have been better. But in the interest of getting faster results in an ongoing pandemic, researchers decided to use the volunteer approach, he said. Researchers then weighted the results from various subgroups to match the population at large.

Though imperfect, the result is useful, said Dowd, a member of Dear Pandemic, a group of women physicians and scientists who have been writing COVID-19 guidance for the public since the spring of 2020.

“This is helpful at giving us some kind of ballpark of how many infections we were underestimating,” she said.

As this study and others continue, researchers will get a better idea of how antibody levels wane with time, depending on whether someone has been infected, vaccinated, or both. Variants of the coronavirus are likely to complicate matters.

This summer should be OK. But continued vaccination will be essential to keep COVID-19 in check next winter, said Boni, the Penn State scientist.