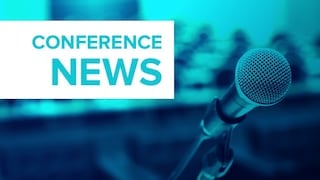 Prehospital measurement of the biomarker copeptin may allow quicker rule-out of myocardial infarction (MI) in patients with chest pain, a new study suggests.

“This randomized controlled trial is the largest to date comparing such an early MI rule-out strategy with the current standard of care. We showed that accelerated rule-out of MI, using prehospital copeptin and the first in-hospital high-sensitivity troponin T test, significantly reduced length of stay,” Pedersen concluded.

“This study provides important data on the safety of early discharge after accelerated rule-out in a large cohort of largely unselected patients with suspected MI, revatio 100 mg ” he said.

“Our study is the first randomized trial to evaluate a strategy where all necessary biomarker results are available to the doctor already when first attending the patient, potentially allowing for an immediate discharge,” he added.

He also pointed out that since copeptin is a marker of acute endogenous stress, normal levels may also allow rule out other life-threatening conditions.

But outside commentators pointed out that practice is moving toward earlier use of high-sensitivity troponin to rule out MI in hospital and they questioned whether measuring copeptin as well would add much information in this situation.

In his presentation, Pedersen noted that chest pain is one of the most common reasons for emergency department visits and patients with suspected MI are flooding emergency departments and cardiac departments worldwide. Rapid rule-out of MI is needed to reduce the burden on the healthcare systems, he explained, but present rule-out strategies are limited by the late release of cardiac troponin in MI and the frequent need for repeated troponin measurements.

The biomarker copeptin has been promising in the early rule-out of acute MI, being released early and in significant amounts, with levels peaking at about 2 hours after symptom onset, Pedersen reported.

Because of this early release, the optimal timing for copeptin measurement is as early as possible, preferably before the patient arrives at the hospital. In contrast, troponin should be measured at a later timepoint, after arrival to the hospital, he said.

The purpose of the AROMI study was to evaluate the safety and efficiency of an accelerated dual-marker rule-out strategy, where prehospital copeptin is combined with in-hospital high-sensitivity troponin T.

The investigator-initiated trial included 4772 patients with suspected MI who were transported to three different hospitals in central Denmark. They were randomly assigned 1:1 to either accelerated rule-out, combining copeptin measured in a prehospital blood sample and high-sensitivity troponin T measured at arrival to hospital, or to the present standard of care, the ESC 0/3-hour strategy where high-sensitivity troponin T is measured at arrival and then 3 hours later.

Primary efficacy outcome was length-of-hospital-stay in patients discharged after rule-out of AMI and the safety endpoint was 30-day rate of major adverse cardiac events, adjudicated by an endpoint committee.

Results showed that regardless of the diagnostic approach, almost half (47%) of the patients in both groups were discharged within 12 hours.

The three different participating sites showed slightly different results with reductions in length of stay, with the dual measurement approach varying from 0.5 hours to 1.2 hours, but the time difference remained significant at all the sites.

The study also suggested that the dual marker approach was safe, showing non-inferiority to the standard approach in terms of 30-day rates of major adverse cardiac events. Rates of such events were 14.7% in the dual-marker group and 15.6% in the standard group.

Pedersen noted that site-differences in length of stay suggests that local clinical setup is an important codeterminant of the effect of an early rule-out strategy. “To optimize the set-up to comply with the fast-track approach, we need to reduce time to first blood sampling, and laboratory turnaround time,” he added.

“Modest” Reduction in Length of Stay

Commenting on the study for theheart.org | Medscape Cardiology, Nicholas Mills, MD, British Heart Foundation Chair of Cardiology, University of Edinburgh, United Kingdom, explained that many centers are already using pathways that use a single high-sensitivity cardiac troponin T test at presentation to rule out myocardial infarction, although practice varies across the world and some centers continue to use serial troponin testing.

“The AROMI investigators are to be congratulated for conducting a large, multicenter, randomized trial to address this question, as often the use of early rule-out pathways have been based on observational studies alone. These trials are really important to help us understand the true impact of accelerated diagnosis on care and to ensure it is safe for patients,” Mills said.

Mills suggested that prehospital troponin tests could be much more useful in the future. “When high-sensitivity cardiac troponin testing at the point of care is available in the prehospital setting then this approach could be transformative for patients, avoiding unnecessary transfers to regional specialist centers and potentially avoiding hospital admission altogether.”

Also commenting for theheart.org | Medscape Cardiology, James Januzzi, MD, Massachusetts General Hospital, Boston, noted that many centers are now adopting the ESC 0/1-hour protocol for troponin measurement, which can rule out MI in lower-risk individuals in 1 hour after hospital arrival.

He says that because of this, he is skeptical that there is a meaningful role for copeptin.

“Its role is restricted essentially for rapid rule-out of lower-risk individuals and with the 0/1-hour troponin approach, we can do this quite quickly. In the study in question, the investigators evaluated how copeptin might be used in the 0/3-hour protocol. Even there, the amount of time saved was modest at best,” Januzzi added.