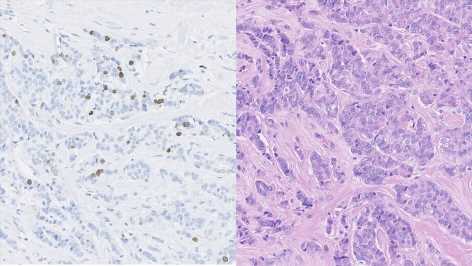 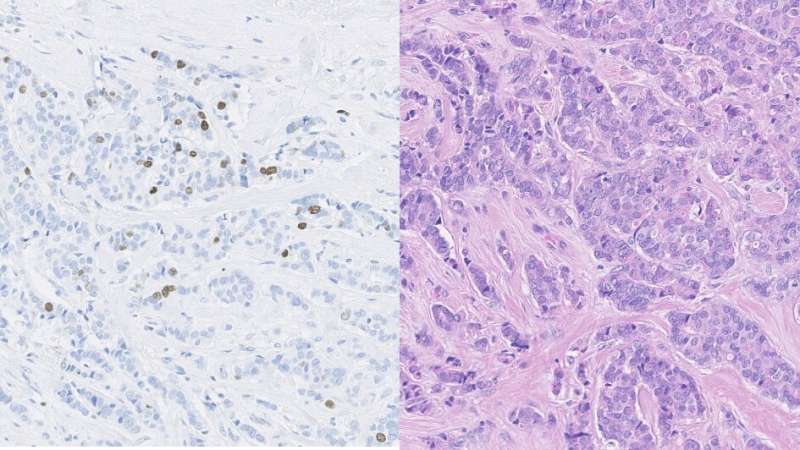 Immunotherapy that enhances the body’s immune response has transformed the landscape for cancer treatment. These treatments have led to unprecedented survival outcomes in some cancer types, but not all patients are seeing the same benefits.

In a recent review published in Cancers, Dr. Maggie Cheang and Dr. Milana Bergamino Sirvén from The Institute of Cancer Research, highlight the challenges and opportunities in developing new and more tailored immunotherapy drugs, including for breast cancer.

A central challenge with immunotherapy treatment is that it’s hard to predict which patients will respond. Some patients have immunogenic, or ‘hot, clomid side effects in men pct ” tumors that are more likely to respond to immunotherapy than ‘colder’ ones.

“With immunotherapy there are lights and shadows,” review co-author Dr. Bergamino Sirvén, Clinical Research Fellow in Integrative Genomic Analysis at the ICR’s Clinical Trials and Statistics Unit (ICR-CTSU), explains. “We’ve seen incredible success in treating inherently immunogenic tumors. However, other cancer types may have a more nuanced connection with the immune system that is more difficult to unpick. These are the shadows.”

Immunotherapy includes treatments ranging from cancer vaccines and oncolytic viruses to antibody-based targeted therapies. One of the most prevalent forms of immunotherapy is immune checkpoint inhibitors, protein-blocking drugs which allow T-cells to perceive cancer cells as targets and attack them.

These drugs have been especially successful in more immunogenic cancers such as melanoma, non-small cell lung cancer and kidney cancer.

However, there is still hope that some patients with less immunogenic cancers may also benefit from immunotherapy. These cancers, including some types of breast cancer, are considered ‘colder’ tumors because of the low numbers of tumor-infiltrating types of white blood cells.

But there are some patients with these cancers who could benefit from immunotherapy, the review says—and some new immunotherapy drugs have either not progressed from early phase trials or have failed in late-phase trials as they have been applied to unselected populations of less-immunogenic cancer types.

The secret to finding these patients could lie in creating better clinical trials.

Finding and validating biomarkers is particularly important for developing new and more tailored immunotherapy treatments. A biomarker is a characteristic that can be measured by doctors—often using a blood test—that tells them something about the nature of a disease in a specific patient, and importantly whether it might respond to a specific treatment.

Well known examples of biomarkers that guide cancer treatment include HER2—the presence of which in breast tumors indicates likely sensitivity to the targeted drug trastuzumab (Herceptin) – and mutations to the BRCA genes, which in some cancer patients suggest PARP inhibitor drugs could be effective.

In immunotherapy, there has been great interest in the use of PD-L1 and PD1 as biomarkers, which are also the targets of checkpoint inhibitor drugs. These proteins are ‘classic’ biomarkers, directly linked to the action of these specific drugs.

But for patients with types of cancer that tend to be less immunogenic, like breast cancer, we need more sophisticated biomarkers to identify those who would not conventionally be considered for treatment, but could benefit.

And our researchers are leading the way in the search for these biomarkers.

One ongoing study, for example, is looking at the genetic profiles of breast cancer patients resistant to a type of hormone therapy and which could help identify the patients who might benefit from immunotherapy.

Initial results presented at the 2020 National Cancer Research Institute (NCRI) Virtual Showcase suggest that a subgroup of patients from the POETIC breast cancer trial who showed resistance to endocrine therapy—and were consequently more likely to relapse—were more likely to have increased expression among genes related to tumor immunity.

The high expression of these gene signatures that seem to characterize resistant breast cancer patients have also been seen in patients with other cancer types, such as small cell lung cancer and urothelial cancer, who have responded to immunotherapy treatment. This would suggest that breast cancer patients expressing these markers could potentially benefit from immunotherapy.

Going forward, our researchers will be conducting additional studies to evaluate the immune-related signature in HER2+ breast cancer patients. Ultimately, the results could help to pick out more vulnerable patients, sooner, and could identify patients with breast cancer who could be offered additional treatment in combination with hormone therapy or the chance to enter clinical trials.