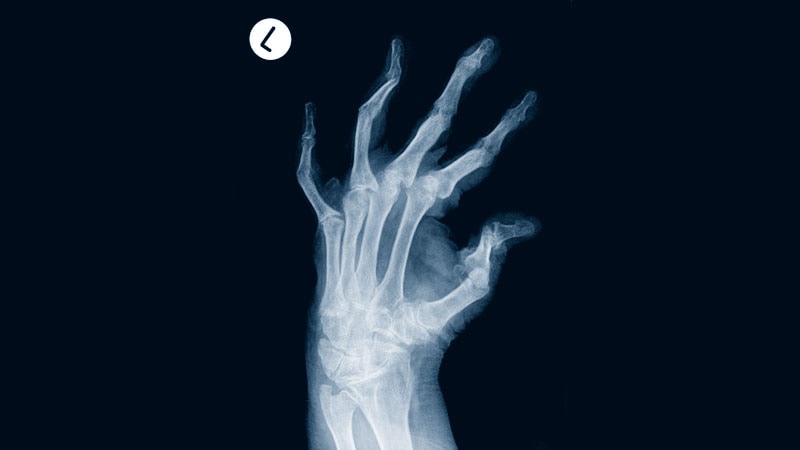 Patients with psoriatic arthritis (PsA) showed more improvement in symptoms at 6 months with risankizumab (Skyrizi) than with placebo in combined phase 3, randomized, controlled trials, according to data presented at the virtual annual meeting of the American College of Rheumatology.

“Risankizumab was well tolerated and showed no new safety signals over those seen in the trial program for psoriasis,” reported Andrew Östör, MD, of Monash University and Cabrini Hospital, both in Melbourne. The results included pooled data that added KEEPsAKE 1 data to KEEPsAKE 2 results, which were presented at the 2021 congress of the European Alliance of Associations for Rheumatology.

Risankizumab received Food and Drug Administration approval in 2019 for moderate to severe plaque psoriasis in adults who are candidates for systemic therapy or phototherapy. The humanized monoclonal antibody inhibits interleukin-23, which is believed to be involved in the development of PsA. The FDA updated its approval in August 2021 to make it available as a 150-mg single-dose injection instead of two 75-mg doses for psoriasis treatment, ampicillin route and dosage but it is not yet approved for PsA.

Participants were randomly assigned to receive either 150 mg of subcutaneous risankizumab or placebo at baseline, 4 weeks, and 16 weeks with a double-blind protocol. The proportion of patients with 20% improvement in ACR response criteria (ACR 20) at 24 weeks was the primary endpoint. The trial is currently continuing with all participants receiving open-label risankizumab.

David Karp, MD, PhD, chief of division of rheumatic diseases at the University of Texas Southwestern Medical Center in Dallas and ACR president, conducted a question-and-answer session with Östör following his presentation and asked whether a difference in responses was seen between patients who had failed biologic DMARDs. Östör said the response rates were similar independent of which previous therapies the participants had failed.

Regarding where risankizumab, as an IL-23 inhibitor, fits among the options for treating PsA, Östör said “the data speaks for itself” in terms of efficacy with arthritic, musculoskeletal manifestations and the patient-reported outcomes.

“One of the major benefits of these medications is their remarkable effect on skin with psoriasis,” Östör told Karp. Regarding axial response to the drug, Östör noted the statistically significant improvement in Bath Ankylosing Spondylitis Disease Activity Index, appearing to show a clinical benefit with spinal inflammatory disease. Radiologic data, however, are not currently available for the trials.

Karp noted the recent findings of a phase 2a trial published in the New England Journal of Medicine regarding risankizumab’s poor performance in patients with severe asthma, who experienced worsening symptoms sooner and more rapidly than did those who received placebo. It’s unclear whether any patients in the KEEPsAKE 1 or 2 trials had an asthma diagnosis, but any people with unstable, severe asthma would have been excluded from participation, Östör said.

The research was funded by AbbVie. Östör and colleagues have a range of financial ties to numerous pharmaceutical companies.