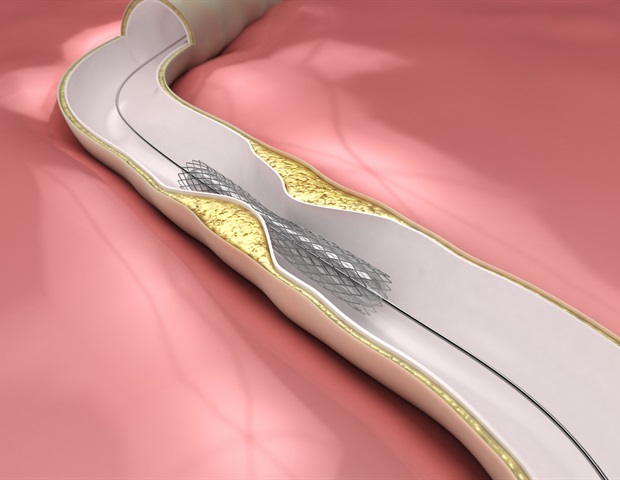 There are many reasons for ongoing inflammation in the coronary artery, and prolonged healing, after angioplasty, atarax medicine with or without stent insertion. This chronic state of inflammation predisposes to neointimal hyperplasia.

The primary causes of inflammation and restenosis in stents include:

1. Characteristics of the original stenosis:

2. Medical factors such as:

Hypersensitive reactions may arise due to the nickel or molybdenum released from the stainless steel of which most stents were formerly made. Newer stents are made of cobalt-chromium which does not release these ions. However, they can still cause hypersensitivity due to other components, such as the formulation ingredients of the drug, the polymer which carries the drugs, or the stent platform. The type of drug used is also important.

In drug-eluting stents, the drug inhibits the proliferation of inflammatory cells and smooth muscle cells. However, it also prevents the normal growth of the endothelium to cover the metal stent platform. Thus, once the antiplatelet drug is no longer released, the exposed bare metal or polymer of the stent invites thrombosis.  In some patients, the cells of the vessel wall lying directly behind the stent die off faster, leaving pockets of blood where scar tissue forms.

4. Technical factors relating to the stent:

The interaction of these factors may predispose the recurrence of stenosis at or near the site of the original blockage.