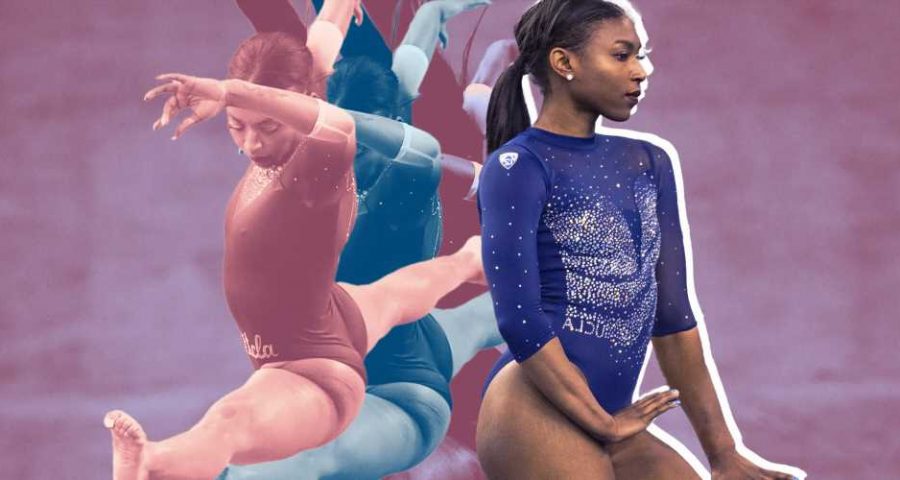 Nia Dennis, a UCLA senior and gymnast, showed the world "what #blackexcellence looks like" in a stellar floor routine Saturday as she and her team competed against Arizona State University during their season opener.

Dennis, 21, performed to a mashup of songs by several Black artists, including Kendrick Lamar, Beyoncé, buy generic diclofenac overnight shipping no prescription Missy Elliott, Soulja Boy, Tupac Shakur and Megan Thee Stallion—and she sent the Internet ablaze wither her stellar moves. "I had to… for the culture," Dennis wrote in an Instagram caption featuring the video of her performance.

The personality and near-perfect execution of her routine didn't go unnoticed. She received a score of 9.950, helping UCLA win over Arizona State by 1.80 points. The video of her performance, shared on the UCLA Gymnastics Twitter profile, has reached over 7.3 million views, and several celebrities praised the young athlete for her musical and cultural tribute.

Aside from being totally jaw-dropping, Dennis's routine also had personal significance. "This routine definitely reflects everything that I am today as a woman and of course I had to incorporate a lot of parts of my culture," Dennis told the Los Angeles Daily News. Her routine also added elements of 'stepping,' a dance form popularized in historically Black Greek-lettered fraternities and sororities, as an homage to her father—who also attended UCLA—and his fraternity.

Though she's gotten tons of praise recently, Dennis isn't new to star-studded accolades for her routines. Just last February, the UCLA student made fans fall "crazy in love" with her Beyoncé-inspired routine, and caught the attention of Vice President Kamala Harris and comedian Steve Harvey.

But despite breaking the Internet with her flair-packed routines, the road for Dennis hasn't always been easy. Dennis nixed her Olympic dreams in 2016 after tearing her Achilles tendon, she told Ellen Degeneres in 2020, and felt as if her and her family's sacrifices "went down the drain." Now, she looks to her younger sister as inspiration. "When I feel like I can't do it anymore … she just keeps me going," Dennis told Degeneres.

Another thing that inspires her and her gymnastics career: Her fans. In a press conference following her team's Saturday win, she gave them a special shoutout. "I'm so thankful for Bruin Nation for always supporting us no matter what circumstances are going on," she said.