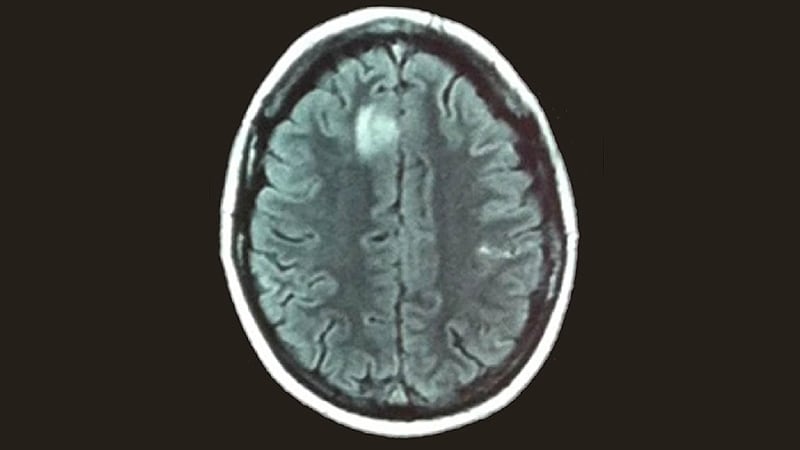 New evidence supports the use of decompressive surgery for patients with severe cerebral vein thrombosis.

The DECOMPRESS2 study ― the largest prospective study of decompressive surgery in this population to date ― was presented at the recent European Stroke Organisation Conference (ESOC) 2021, held virtually.

“The patients in this study were in a very severe condition before surgery. They had large hemorrhagic brain lesions on imaging, with two thirds of patients comatose and several with fixed, dilated pupils. Historically, these patients have a very high risk of death if they do not have surgery,” the senior investigator of the study, success with celexa Jose Ferro, MD, Hospital Santa Maria, Lisbon, Portugal, told an ESOC press conference.

“But our results showed that two thirds of patients were alive and one third were independent at 1-year follow-up after decompressive surgery,” he said.

Ferro added: “The mean time of surgery was 1 day after diagnosis in this study, and patients were often deteriorating fast. The message from the neurologist to the neurosurgeon is clear: in patients who have severe cerebral vein thrombosis and large brain lesions, we should operate as fast as we can.”

Ferro explained that cerebral vein thrombosis is a particular subtype of stroke. It usually affects young adults, particularly women, and can be associated with use of oral contraceptives, pregnancy, infections, and cancer. It has recently been reported after COVID-19 vaccination. In severe cases, intracranial hemorrhage and brain edema can occur, which is when decompressive surgery should be considered.

“What we must understand,” he said, is that “these young patients do not have space in their brain to allow any edema, whereas elderly patients with ischemic stroke usually have some room to allow for some edema.

He explained that 4% of patients with cerebral venous thrombosis die during the acute phase from transtentorial herniation (shifting of the brain tissue from one intracranial compartment to another) caused by a buildup of pressure from a large hemorrhagic lesion from a venous infarct.

On the basis of retrospective and small studies, decompressive neurosurgery is recommended for patients with cerebral vein thrombosis who have large lesions and impending brain herniation, Aaron noted. But large prospective studies are lacking.

The current study aimed to assess survival and functional and patient-centered outcomes in a prospective cohort of consecutive patients with cerebral venous thrombosis who underwent decompressive surgery at 15 centers in Europe, North America, and Asia.

The study included 118 patients (median age, 38 years; 80 women). The most common risk factors for the condition in this cohort were oral contraceptive use (22%), genetic thrombophilia (19%), and pregnancy (19%).

The most common site of the thrombus was the superior sagittal sinus (59%). Other affected sites included the cortical vein, the left lateral veins, and the deep venous systems; 77% of patients had thrombosis in multiple veins.

Imaging showed that 87% of patients had a parenchymal lesion (hemorrhagic in 69%). The mean lesion size was 6.5 cm. In addition, herniation had already occurred in 37% of patients.

The median time from diagnosis to surgery was 1 day (range, 0–2 days). During this time, neurologic deterioration (defined as worsening GCS score or occurrence of dilated pupils) occurred in 69% of patients. Radiologic worsening (increasing lesion size or herniation) was evident in most patients.

Of the 118 patients in the study, 28 died in the acute phase. By 12 months, there had been 40 deaths. Five patients were lost to follow-up.

“Half of patients recovered completely, and very few were left severely disabled,” Aaron commented. Decompressive surgery was judged as worthwhile by 4 of 5 (79%) patients or caregivers.

Ferro pointed out that these patients were at an extremely high risk for death before surgery. He noted that the initial imaging was “very dramatic,” showing large hemorrhages; 70% of patients had a midline shift (a shift of brain tissue across the center line of the brain). “Historically, these patients usually die,” he said.

He explained that the decision to operate was made by the individual clinician. Patients were selected on the basis of the size of the brain lesion and the presence of midline shift. “We didn’t exclude patients with bilateral fixed dilated pupils, and some of these patients survived,” he added.

Ferro pointed out that most early deaths in this study were due to herniation even with the surgery. “So I think we probably need to be even faster with this surgery,” he said.

He explained that a randomized trial to assess the use of decompressive surgery in this population is not possible. “There is now a lack of equipoise in the clinical community, so it would not be ethical to randomize patients to not getting this surgery. So this prospective observational study is the best type of data that we can get,” he said.

Asked about whether reperfusion therapies should be given to these patients, Ferro reported that 15% of patients in this study received such treatment.

“In general, deep veins are not involved in this type of stroke ― it normally occurs in sinus or bridging veins. Decompressive surgery should be performed first before endovascular treatment, as simply unblocking the vein won’t help if a large hemorrhagic lesion already exists,” he said.

Ferro noted that this surgery can also help patients who experience cerebral venous thrombosis after COVID vaccination. In these patients, the condition is accompanied by very low platelet counts. “Many such patients with large hemorrhages received decompressive surgery despite having low platelet counts. They are given just enough platelets to allow them to undergo surgery,” he reported.

Commenting on the DECOMPRESS2 study for Medscape Medical News, Bart van der Worp, MD, University Medical Center, Utrecht, the Netherlands, said the data confirmed findings from earlier and smaller studies that for patients with cerebral venous thrombosis and space-occupying hemorrhages or infarcts, surgical decompression may be of benefit.

“Because this study was prospective, the results are more reliable than the previous retrospective studies,” he commented.

“Importantly, about one third of the patients were independent of the help of others at follow-up after 1 year, despite their very severe condition before surgery. This is better than for patients after surgery for space-occupying infarction caused by an occlusion of the middle cerebral artery,” van der Worp noted.

Van de Worp pointed out that inasmuch as this was an observational study, not a randomized trial, there will always be uncertainty as to what would have happened had patients not undergone surgery.

But he added: “I do, however, agree with the investigators that large space-occupying lesions in patients with cerebral venous thrombosis are fortunately too rare to make a randomized trial feasible. So these are now by far the best data we have in this field, and these are very important for the information of patients, their families, and, of course, neurosurgeons.”