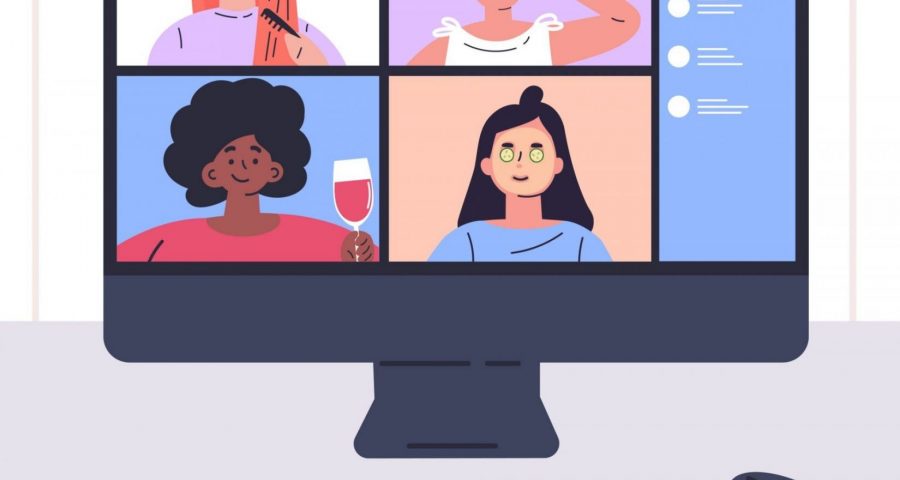 Has lockdown changed the way we socialise? Writer Megan Murray explores how isolation has eroded her social skills and changed her friendships as she wonders whether small talk has become a lost art.

The pandemic has changed the physicality of our individual worlds. From how we conduct our daily routines, the spaces we now call a workplace (mine being bed) and the environments we socialise in (usually a park or laptop screen), everything looks very different to how it did this time last year.

One thing I didn’t think the pandemic could take from me, though, buy cheap prevacid from india no prescription is my innate people-personness. It’s a funny term, isn’t it? But it’s always made sense to me; I love being around people and as a classic extrovert I get my energy from being in social situations. Whenever I make a new friend, or even chat to my local barista, there’ll be a spring in my step all day.

For 10 years, I worked in London, which meant I went out socialising pretty much every night of the week. Just as lockdown began, though, I moved to a just-bigger-than-a-village town in the Sussex countryside. This means that, even when walks and outdoors meet-ups have been allowed, I’ve still been cut off from my friends in the city. And I’m now a further two hours away from my family in the Midlands, too.

The change in me happened slowly at first but, by the summer of 2020, I felt a little bit lost inside. A kind of hollowness developed and I felt like a large part of my personality, the bit which thrives from interaction and feeling inspired by new people – and the same part which regenerates my self-esteem, had slipped away. I didn’t feel as funny, as full of life or as keen to talk to people.

Six months into the pandemic, I found myself feeling utterly panicked by the idea of video calls. Instead of getting excited about talking to those I was missing most, these Zoom chats seemed to loom over me like a promise of awkwardness. Was it that in-person spark I was missing or had I lost my love of socialising?

Something really clicked in December when I went along to a networking event. Surrounded by brilliant women, I tried to psyche myself into thinking that this was a great opportunity to feel invigorated and inspired again, but it was like my social muscle memory had evaporated.

The small talk felt like a blunder as my jokes felt off-beat or my questions chimed in just as the conversation was moving on. I had forgotten how to respond appropriately to people I had just met and even over-thought my facial movements, wondering how I used to smile and chat so breezily at work events.

Could it be possible that these long periods of isolation have really changed the way we socialise? Has small talk, for the moment, become a lost art? In a bid to understand if other women have felt an influx of awkwardness around socialising, whether, with friends or aquaintances, I asked some Stylist readers to share their experiences.

“It’s actually quite hard to know where my skills with small talk stand at the moment. Pre-Covid I would have been pretty confident walking into most situations, knowing that my 30 years on this earth had prepared me for easy – if a bit dull – conversations about other people’s children, their careers or even where they might go on their next holiday. The trick is just to ask people about themselves, isn’t it? There’s no greater catalyst to the free flow of chatter than that.

“But now I feel physical effects of anxiety at even the thought of having to speak to people I don’t know, and that feeling has started to creep over the line to taint how I feel about people I do know, too. A year of almost exclusively talking to family and very close friends has in one way been liberating as I feel like I never have to put on a show, but on the other hand, I’m aware I’ve lost a part of myself and I’m not sure if or how I get it back when things go back to ‘normal’.

“I wouldn’t know what to say now if I was introduced to a new group at a work. Skills like small talk take constant use to keep them up to speed, and who am I to start a conversation with a stranger after 12 months of watching Netflix every night? I think there’s something in how we present ourselves physically, too.

“I don’t feel like the same person in my comfies as I do when I’m dressed up for dinner, so it’s almost impossible to imagine myself feeling self-assured in social situations. ‘What? That girl who schedules hair washes twice a week and only wears Lycra? Can’t imagine she has much to say.’”

“I keep over analysing everything I’m saying”

“I wouldn’t say I’m the queen of socialising, but I’m generally capable of holding a conversation – whether that’s with friends, colleagues or a stranger on the bus. But during lockdown, this skill seems to have mysteriously disappeared.

“When I met up for a (socially distanced) walk with two of my best friends at Christmas, I found socialising to be a real challenge. I was constantly questioning whether I’d said the right thing and second-guessing my answers to any well-meaning questions, tripping over my words and analysing my friend’s reactions to everything I said.

“It was like my excitement at being able to leave the house, anxiety about being near people once again and fear of when I’d see them next, all combined to make a hopelessly awkward version of myself. I’m sure my friends didn’t notice anything, but it felt like a massive deal inside my head.”

So, what can we do? It’s comforting to think that as these feelings and behaviours only appeared since the pandemic started. They are a symptom of a problem which, we hope, won’t be around forever. Therefore it stands to reason that we should be able to adapt back to how things were in time. But still, it’s a disconcerting feeling at what is already a difficult time.

Becky Spelman, a psychologist at Private Therapy Clinic, assures me that we haven’t “lost” our social skills, we’re simply “out of practice.” She explains: “It’s not that people have forgotten social skills, but having perhaps been out of practice, they may be distracted by anxious feelings and thoughts which means they can’t be as spontaneous in their conversations that they’d like to be.

“Remember that it is very normal to feel this way.Don’t try to deny the feelings or criticise yourself for having them, which will only make matters worse.”

Spelman’s advice is this: if you’re over analysing your own social performance, stop thinking about you and start thinking about them. “We can’t pay attention to two things at the same time, so a good technique is to focus all your attention on the person to whom you’re speaking – either their physical attributes and/or what to what they’re actually saying.”

She also encourages those who feel newly troubled by the thought of socialising to see it as something to practise. She continues: “If you feel awkward, just remember that it’s perfectly understandable to be anxious in a social situation even with close friends if you haven’t caught up for some time and that as humans, we all experience social anxiety from time to time.

“Keep engaging with others and make time to socialise, even if it is over Zoom so that you remain confident in your social skills.”

Heather Garbutt, a psychotherapist at The Counselling and Psychotherapy Centre, advises that another approach could be to speak about these feelings openly and even a make a joke out of them. “The best way to deal with these feelings of awkwardness is to be open and honest about them or even make a joke of them if you feel you can,” she says.

Garbutt recognises that when you haven’t seen someone for a long time and every day feels the same it can feel daunting to know what to talk about. “With friendships, when we have not met for some time, the things that connected us together, like common interests and experiences, have not been present,” she notes.

“Focus your conversation on the things that you’re grateful for in the moment or during lockdown; the small pleasures you’ve discovered, the things you appreciate and miss about the other person and what you really value about your friendship or things you’ve achieved during lockdown or are planning to do when we are all released.”

It’s a disconcerting time in so many ways but one thing that we can hold in our stead is that humans are incredibly adaptable, and in the same way that we have learned to live in lockdown, we will remember how to be out of it.