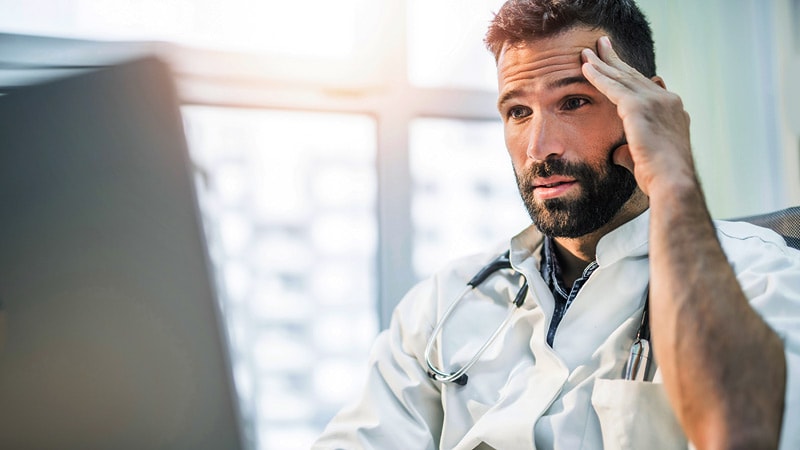 In the United States, medical insurance companies use prior authorization to reduce wasteful medical spending, but the majority of oncologists say that it interferes with their providing care for patients with cancer.

A new survey found that nearly 90% of participating oncologists said that prior authorization is a significant barrier when they are considering initiating treatment with a new medication for a patient.

In addition, 80% reported that prior authorization has negative effects on patient outcomes.

Also, because of the amount of time that it takes to deal with the bureaucracy, 70% of oncologists said they have full-time staff members whose role is to manage prior authorizations and other benefits-related problems.

“Our research shows steps such as prior authorization are not only delaying time to treatment for one third of patients by more than 7 days, but these delays also negatively impact their patients’ clinical outcomes,” said Josh Marsh, senior director of operations, food high in human growth hormone Cardinal Health Sonexus Access and Patient Support, in a statement. “This is especially true for more complex therapies, such as CAR T-cell therapy.”

He noted that “oncologists cited slow approval processes by payers as the most challenging issue in the CAR-T referral process.”

The survey was commissioned by Cardinal Health, an Ohio-based company that is a distributor of pharmaceuticals, a global manufacturer and distributor of medical and laboratory products, and a provider of performance and data solutions for healthcare facilities.

A report on the survey findings appears in Oncology Insights, a series of research-based reports published by Cardinal Health that are designed to help physicians, pharmaceutical companies, payers, and other stakeholders understand the trends and changes in specialty medicine.

The findings of this survey, which specifically queried oncologists, echo the findings of two other surveys reported recently, which canvassed doctors in various therapeutic fields.

In March, a survey from the Medical Group Management Association, which included responses from executives representing over 400 group practices, found that 79% of respondents felt that prior authorization requirements had increased over the past 12 months. A minority (19%) stated that there has been no change, and only 2% reported that such requirements have decreased.

This latest survey of oncologists was conducted from March to April 2022. In that survey, 170 participants from community-based and hospital-owned practices were queried. The survey examined the amount of resources that oncology practices were dedicating to administrative tasks and how oncologists viewed different solutions, including technology, federal mandates, and pharma-supported patient assistance programs.

An overwhelming majority of oncologists said that prior authorizations were a significant barrier when they considered starting treatment with a new medication and that it had negative effects on patient outcomes. For those patients whose treatment required prior authorization, 21% of oncologists said that it always delays care, while 39% reported that it often causes a delay in needed care.

Participating oncologists also said standardized forms (31%) and new technology (30%) would be most helpful in reducing challenges created by prior authorizations; a smaller percentage thought that standardized response times from managed care organizations (16%) and greater clarity regarding the appeals process (7%) would also be helpful.

“While it is unlikely that standardized forms will be introduced, given the complexity of the current healthcare reimbursement landscape, prior authorization technology solutions have been shown to decrease delays by 25%, helping patients begin therapy sooner,” Marsh said in a statement.

He was hopeful about the future: “As technology continues to evolve, we will hopefully see a decrease in the negative impacts of these delays on patient care.”

More than 7 in 10 participating oncologists said they would support federal policies that streamline the prior authorization process, and two thirds stated that pharma-sponsored programs are valuable in helping patients navigate prior authorizations and other access barriers.

However, when asked about availability of pharma-sponsored patient access programs for the therapies they prescribe, only a third reported that most of the prescribed therapies have patient access programs/services, while 50% said that “some” of them did. But 10% of oncologists said few were available, and 7% stated that they were unsure if any programs were available.

Roxanne Nelson is a registered nurse and an award-winning medical writer who has written for many major news outlets and is a regular contributor to Medscape.