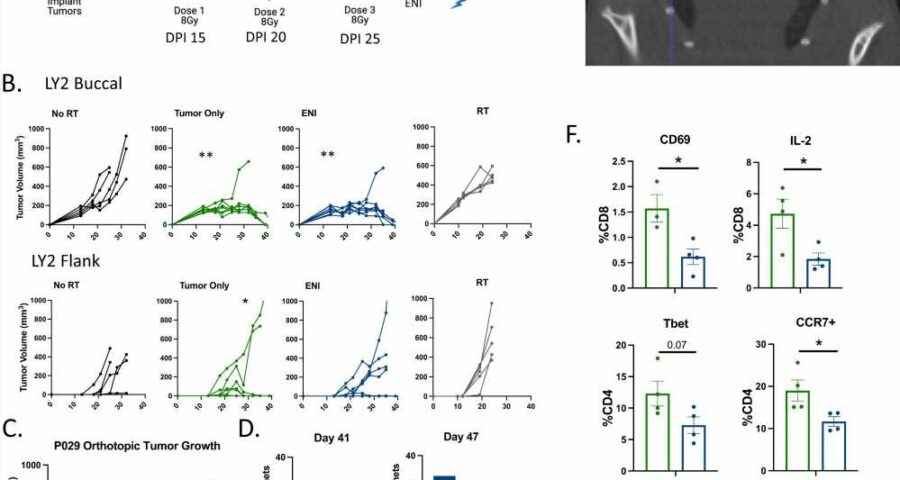 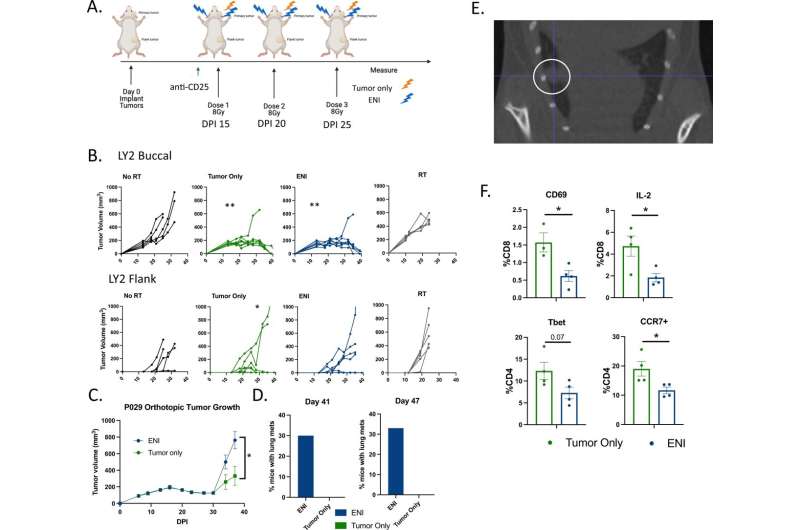 A promising new study released by the University of Colorado Cancer Center suggests that recurrence of certain cancers can be significantly decreased by irradiating only a select set of lymph nodes near a tumor rather than all of them.

The study was published today in Nature Communications.

“Doctors have traditionally irradiated all the lymph nodes surrounding a tumor in a process called ‘elective nodal irradiation,'” said Sana Karam, MD, Ph.D., associate professor of radiation oncology at the University of Colorado School of Medicine and the study’s senior author.

“But the problem with this scorched-earth approach in the era of immunotherapy is that doing so also eliminates the source of immune cells for the immunotherapy to work on. Lymph nodes are the hub for priming and expanding the major immune cells that can go and fight the cancer.”

Karam and her team learned that irradiating all of the lymph nodes around a tumor significantly decreased immune memory and antigen spread, creating a much greater risk of the cancer spread in parts of the body far away from the tumor’s original site. “That was an unexpected finding,” says Karam.

The team tested this theory pre-clinically on several different tumor models of head and neck cancer, along with a breast cancer and melanoma model. The result was the same regardless of the type of cancer being treated. When radiation killed the immune cells that could recognize what the cancer looked like, the patient’s immune system lost the ability to fight the cancer systemically.

On the other hand, the researchers found that irradiating certain lymph nodes known as sentinel lymph nodes was absolutely critical. Failure to irradiate those resulted in recurrence nearby.

“This study confirms why elective nodal irradiation has long been the clinical standard of care, as it does decrease regional recurrence,” said Laurel B. Darragh, the paper’s first author and an MD/Ph.D. student in Dr. Karam’s lab.

“But it also shows that to combine radiation with immunotherapy effectively, we need to reevaluate our strategies and restrict nodal irradiation to the sentinel lymph nodes. This eliminates regional neck recurrence, and far away spread, while preserving long-term, systemic immune response.”

The findings were corroborated by data from a recent human patient clinical trial where pre-surgical radiation was limited to the gross tumor and the sentinel lymph nodes while avoiding all other lymph nodes so as to sustain immune memory. Researchers found that the immune system in these patients was highly activated, which has been shown to correlate with a better prognosis.

“We’re hopeful that this data will set the stage for future clinical trial design, not only reducing patients’ side effects but also improving long-term outcomes,” said Karam.