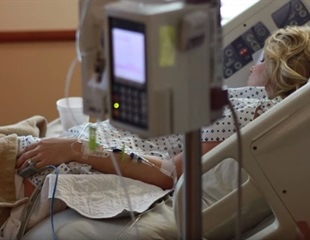 Status epilepticus (SE) is a medical emergency characterized by recurrent episodes of seizures without the recovery of consciousness between them. It is associated with significant mortality, mostly due to the many complications of the brain stimulation and the concurrent muscular overstimulation, as well as of the prolonged and intensive medical care surroundings required.

For this reason, it is more important to treat the condition early even before a complete systematic assessment is possible. Treatment principles include protecting the breathing, the cardiovascular system, the lungs and the kidneys, as well as arresting the seizures as early as possible and preventing their recurrence.

The Guideline Committee of the American Epilepsy Society on Convulsive Status Epilepticus (CSE) published its report on the currently suggested protocol of SE management.

The most important step in reducing the rate of sequelae in SE is arresting the seizures by prompt administration of first-line benzodiazepines.

Stabilization phase: stabilization of vital functions, does yasmin make you gain weight which should take place within 5 minutes of onset, and includes necessary first aid for convulsing patients. This includes stabilizing the airway and ensuring respiratory support, proper positioning, rolling the patient to the side immediately after convulsions cease to prevent aspiration, and placing intravenous access lines including a central venous catheter if peripheral veins are difficult to access.

Initial therapy: from 5 to 20 minutes, first-line drugs are given as soon as possible following seizure onset, at full adequate doses in one bolus. This should begin with benzodiazepines due to their safety, effectiveness and tolerable level of adverse effects. The aim is to achieve a prompt and safe cessation of seizures with minimal respiratory or cardiovascular complications and with as little interference with the level of consciousness as possible. The typically preferred drugs are:

Prehospital management: When the patient has to be treated outside hospital or if these are not available, the following are adopted:

Buccal midazolam is recommended in prehospital settings as it can be administered by unskilled personnel, even by the patient if between seizures or during the aura. Its advantages include its high efficacy comparable to diazepam, lack of any additional respiratory or cardiovascular morbidity, obviation of the need for intravenous lines and ventilatory support, and the possibility of much earlier treatment of the SE, thus preventing its progression to the refractory state.

Intravenous phenobarbital is used as an alternative to the first three if required, with equal efficacy and tolerability, but needing much slower administered. Except for intravenous lorazepam and diazepam, the other drugs should be given only once but these may be given twice at full doses, including the first time.

Second-therapy phase: This begins at 20 minutes from the onset of seizing and ends at 40 minutes. Drugs used in this phase include fosphenytoin, valproic acid, and levetiracetam. Intravenous phenobarbital may be used if none of these are available.

In the second-therapy phase, an endotracheal tube should be inserted in convulsing patients once the first-line therapy is determined to have failed. If a sedative is required for this, anesthetic induction doses of midazolam or Propofol may be given both to ensure safe intubation and to hopefully arrest the seizure. If intubation remains impossible, neuromuscular paralysis must be induced with rocuronium rather than succinylcholine (which might induce hyperkalem, and reversed as quickly as possible.

Third-therapy phase: If the patient is still seizing at 40 minutes third-line therapy is required but experimental evidence as to which drugs are preferred at this point is lacking. It is worth noting that the effectiveness of therapy reduces with each successive phase. After 40 minutes, or if the patient is obviously refractory, the third phase may begin immediately after the first phase. In this phase, the second-line drugs may be repeated, or the following drugs may be administered in anesthetic doses, after electroencephalogram (EEG) monitoring is in place:

The inhalation anesthetics are able to stop all types of seizures with good safety profile even with prolonged use. They have a rapid onset of action and the EEG helps to adjust the dosage precisely.

Other new treatments include NMDA receptor antagonists which promote neuronal cell membrane repolarization and so prevent the excitation from prolonging, thus also helping to prevent the potential damage to the depolarized neurons as a result of excitotoxin release. Experimental evidence is promising but human trials are awaited. They include ketamine. Research also suggests that an anticonvulsant such as lorazepam should be combined with neuroprotective drugs such as NMDAR antagonists to prevent neuronal injury and loss, because most of the complications in the central nervous system during SE are due to the NMDAR activation.

Supportive measures must include early detection and correction of hypoglycemia, or prophylactic administration of 50% dextrose after giving 100 mg thiamine initially. Vital parameters must be monitored, and hyperpyrexia stabilized by passive cooling. Rhabdomyolysis should be looked for and hydration maintained to prevent renal failure due to myoglobin release from the muscles due to their overstimulation.

If it is the first-ever seizure episode, brain imaging will follow seizure control. In children, clinical decisions must be taken as to the necessity of cerebrospinal fluid evaluation, infection screening, toxicology testing or metabolic screening for inborn errors of metabolism. EEG may help discern the etiology in some children.

EEG monitoring offers the benefits of being able to identify seizure electrical activity in patients who remain comatose after the cessation of seizures, which may indicate nonconvulsive SE (NCSE). Burst suppression is associated with a better prognosis for complete cessation of seizures than slow background activity. Blood levels of the AEDs should be obtained to ensure the levels are adequate.

Once the seizures are controlled, in third-therapy patients, the anesthetic infusion is tapered every 3 hours to assess whether the seizures recur, and if not, to attempt to wean the patient off the ventilator. This attempt is stopped if seizures recur, and the patient is reverted to the same drug used earlier to control the convulsion, with 12 hours allowed to elapse before the next weaning attempt. Mortality is higher for elderly patients and those who had a longer period of SE before cessation was achieved.
Maintenance of remission of seizure activity should be begun simultaneously with the initial treatment to arrest the episode in order to prevent relapses. The drug which succeeded in cutting short the convulsion is continued at appropriate dosage, with the addition of topiramate and levetiracetam which are reasonably free from idiosyncratic reactions. The dosage of AEDs will depend upon the etiology of SE.

Specific modifications of this protocol will be necessary on a case-by-case basis, such as porphyric patients who cannot tolerate drugs that induce the liver enzymes, patients with thrombotic thrombocytopenic purpura which often benefits from plasma exchange, and the use of magnesium sulfate for control of eclampsia.