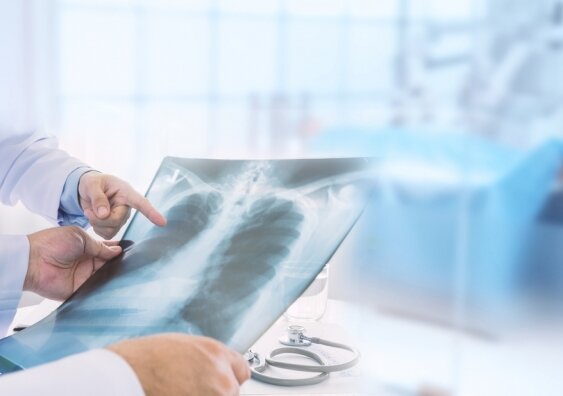 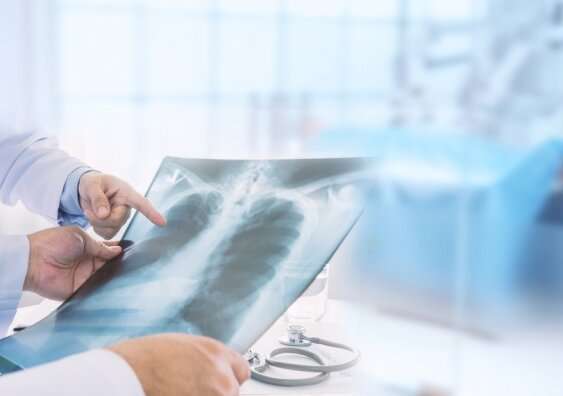 How we now treat COVID-19 pneumonia compared to 12 months ago makes a significant difference to survival.

Since the early days of the COVID-19 pandemic, researchers have made significant advancements in effectively managing COVID-19 induced pneumonia.

“When the COVID-19 outbreak first occurred, we were seeing catastrophic outcomes in patients who were admitted to hospital with rapidly progressive pneumonia. Unfortunately, the treatments that were used empirically—initially—were not effective, ketamine drugs effects and really had no modifying effect on the evolution of COVID-19 pneumonia,” said Conjoint Professor at UNSW Medicine & Health Christine Jenkins.

Professor Jenkins, who is Head of the Respiratory Group at the George Institute for Global Health, explained most people at that time died from respiratory failure. No matter what strategy was implemented, it was not possible to get enough oxygen into the individual’s system and maintain it.

“That’s because when people developed severe pneumonia from COVID-19, their lungs become filled with fluid and inflammatory cells, and some blood vessels developed clots, so the oxygen—even when it was driven in by mechanical ventilation—just couldn’t get through that inflammatory process. The membranes in the lung were very swollen, so people died from respiratory failure.

“That’s what we saw initially in Wuhan, China, and subsequently around the world. Various different approaches were tried, for instance, to intubate people early in the process and to maintain mechanical ventilation. But what evolved from that was a very rapid understanding that the lungs were extremely vulnerable at this time and if you ventilated too early, you ran into problems with hospital-acquired damage. So we really had to wait for clinical trials,” said Professor Jenkins.

What we now know about managing COVID-19 pneumonia

Similar to the speed at which vaccines have been produced for SARS‑CoV‑2, Professor Jenkins said it was quite remarkable how quickly researchers were able to produce data that informed the medical community about the best management of COVID-19 pneumonia.

“We had the experience of knowing that early intubation was not a good idea. So, from that point of view, we learned that administering oxygen, minimizing invasive ventilation until it was clearly necessary, and offering supportive care for whatever else was evolving, were key features of managing therapy for COVID-19 patients in intensive care and in the period leading up to intensive care admission.

“Renal failure, clotting and a number of other problems usually arose and they complicated the evolution of the disease as well, particularly for people with underlying heart disease and lung disease. The clinical trials informed us and gave us evidence for particular treatments that could be offered to people with severe COVID-19 pneumonia that made a difference. In fact, they made a very significant difference to their survival,” explained Professor Jenkins.

According to Professor Jenkins, mortality rates have halved as a result of clinical trials that have led to better management of COVID-19 pneumonia and respiratory failure. During the initial stages of the pandemic, Professor Jenkins explained those admitted to hospital in Wuhan had a 50 percent chance of survival. However, patients who now require hospital admission have around an 80 percent chance of survival.

“Even if you require intensive care admission, you still have a 60 percent chance of surviving. The outlook is much better for people who develop COVID-19 that require hospital admission compared to earlier in the pandemic.”

Professor Jenkins said anti-inflammatory treatment has shown to be crucial in improving positive outcomes in COVID-19 pneumonia and respiratory failure, specifically, dexamethasone. Dexamethasone is an affordable glucocorticosteroid (a class of steroid hormone) that is widely available.

“This was a crucial element that suddenly gave everybody a leg up in terms of the possibility of improved survival. That combined with what has been learnt about supplemental oxygen, respiratory support, and the risks that contributed to a greater likelihood of a worse outcome being managed more effectively has really been the key contributor to reduced mortality rates from COVID-19. It is still a truly devastating disease in circumstances where these treatments cannot be offered or are not received in time,” said Professor Jenkins.

Professor Jenkins said early in the pandemic—particularly in the Northern Hemisphere—people with underlying lung disease such as asthma and chronic obstructive pulmonary disease (COPD) were advised to stay at home and isolate as they were more susceptible to SARS‑CoV‑2. However, studies have since revealed people with asthma were not more likely to be admitted to hospital.

“Surprisingly, individuals with asthma and chronic obstructive pulmonary disease (COPD) – a very serious underlying lung disease and very prone to infections—were not over-represented in the early data. But if individuals were sick enough to be admitted to hospital with COVID-19, they were more likely to require ICU admission, which suggested you were at more risk of having complications like respiratory failure, because your airways or lungs weren’t healthy in the first instance. However, people with asthma were not more likely to die from SARS‑CoV‑2, even if they were admitted to ICU,” said Professor Jenkins.

Professor Jenkins said her colleagues in the UK are currently examining a corticosteroid treatment used for asthma and COPD, which may have an effect of reducing the propensity to SARS-CoV-2 infection. This treatment is yet to be tested in a large clinical trial.

“Inhaled corticosteroids (ICS) which are the daily preventer medications taken by people with asthma, down-regulates the ACE-2 receptor that the virus uses to gain access to the cells in the airways. In-vitro studies showed that ICS reduced the replication of SARS-CoV-2 in airway epithelial cells.