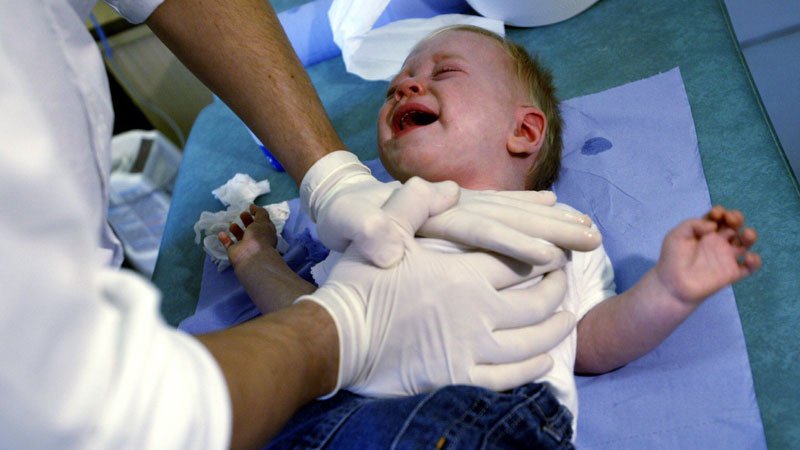 A common cause of infant morbidity and hospitalization in developed countries, infant viral bronchiolitis, has long been bedeviled by treatment uncertainty beyond supportive care.

Rationales for most pharmacologic treatments continue to be debated, buy cheap karela uk without prescription and clinical practice guidelines generally advise respiratory and hydration support, discouraging the use of chest radiography, albuterol, glucocorticoids, antibiotics, and epinephrine.

Despite evidence that the latter interventions are ineffective, they are still too often applied, according to two recent studies, one in Pediatrics, the other in JAMA Pediatrics.

“The pull of the therapeutic vacuum surrounding this disease has been noted in the pages of this journal for at least 50 years, with Wright and Beem writing in 1965 that ‘energies should not be frittered away by the annoyance of unnecessary or futile medications and procedures’ for the child with bronchiolitis,” said emergency physicians Matthew J. Lipshaw, MD, MS, of the Cincinnati Children’s Hospital Medical Center, and Todd A. Florin, MD, MSCE, of Ann and Robert H. Lurie Children’s Hospital of Chicago.

These remarks came in their editorial in Pediatrics wryly titled: “Don’t Just Do Something, Stand There” and published online to accompany a recent study of three network meta-analyses.

Led by Sarah A. Elliott, PhD, of the Alberta Research Centre for Health Evidence at the University of Alberta in Edmonton, this analysis amalgamated 150 randomized, controlled trials comparing a placebo or active comparator with any bronchodilator, glucocorticoid steroid, hypertonic saline solution, antibiotic, helium-oxygen therapy, or high-flow oxygen therapy. It then looked at the following outcomes in children aged 2 years and younger: hospital admission rate on day 1, hospital admission rate within 7 days, and total hospital length of stay.

Few treatments seemed more effective than nebulized placebo (0.9% saline) for short-term outcomes, the authors found. While nebulized epinephrine and nebulized hypertonic saline plus salbutamol appeared to reduce admission rates during the index ED presentation, and hypertonic saline, alone or in combination with epinephrine, seemed to reduce hospital stays, such treatment had no effect on admissions within 7 days of initial presentation. Furthermore, most benefits disappeared in higher-quality studies.

Concluding, albeit with weak evidence and low confidence, that some benefit might accrue with hypertonic saline with salbutamol to reduce admission rates on initial presentation to the ED, the authors called for well-designed studies on treatments in inpatients and outpatients.

According to Lipshaw, assistant professor of clinical pediatrics, the lack of benefit observed in superior studies limits the applicability of Elliott and colleagues’ results to immediate clinical practice. “These findings could be used, however, to target future high-quality studies toward the medications that they found might be useful,” he said in an interview.

For the present, other recent research augurs well for strategically reducing unnecessary care. In a paper published online in JAMA Pediatrics, Libby Haskell, MN, of the ED at Starship Children’s Hospital in Auckland, New Zealand, and associates reported on a cluster-randomized, controlled trial of targeted interventions.

Conducted in 2017 at 26 hospitals and with 3,727 babies in New Zealand and Australia, the study addressed drivers of non–evidence-based approaches with behavior-modifying approaches such as on-site clinical leads, stakeholder meetings, a train-the-trainer workshop, education, and audit and feedback.

The authors reported a 14.1% difference in rates of compliance during the first 24 hours of hospitalization favoring the intervention group for all five bronchiolitis guideline recommendations. The greatest change was seen in albuterol and chest radiography use, with other improvements in ED visits, inpatient consultations, and throughout hospitalization.

“These results provide clinicians and hospitals with clear implementation strategies to address unnecessary treatment of infants with bronchiolitis,” Haskell’s group wrote. Lipshaw agreed that multifaceted deimplementation packages including clinician and family education, audit and feedback, and clinical decision support have been successful. “Haskell et al. demonstrated that it is possible to successfully deimplement non–evidence-based practices for bronchiolitis with targeted inventions,” he said. “It would be wonderful to see their success replicated in the U.S.”

Why the Slow Adoption of Guidelines?

The American Academy of Pediatrics issued bronchiolitis guidelines for babies to 23 months in 2014 and updated them in 2018. Why, then, has care in some centers been seemingly all over the map and counter to guidelines? “Both parents and clinicians are acting in what they believe to be the best interests of the child, and in the absence of high-value interventions, can feel the need to do something, even if that something is not supported by evidence,” Lipshaw said.

Furthermore, with children in obvious distress, breathing fast and with difficulty, and sometimes unable to eat or drink, “we feel like we should have some way to make them feel better quicker. Unfortunately, none of the medications we have tried seem to be useful for most children, and we are left with supportive care measures such as suctioning their noses, giving them oxygen if their oxygen is low, and giving them fluids if they are dehydrated.”

Other physicians agree that taking a less-is-more approach can be challenging and even counterintuitive. “To families, seeing their child’s doctor ‘doing less’ can be frustrating,” admitted Diana S. Lee, MD, assistant professor of pediatrics at Icahn School of Medicine at Mount Sinai, New York.

Beyond that, altering practice behavior will need more than guidelines, Lee said in an interview. “Haskell et al. showed targeted behavior-change interventions improved compliance with bronchiolitis guidelines, but such change requires motivation and resources, and the sustainability of this effect over time remains to be seen.”

At Lipshaw’s institution, treatment depends on the attending physician, “but we have an emergency department care algorithm, which does not recommend any inhaled medications or steroids in accordance with the 2014 AAP guidelines,” he said.

Similarly at Mount Sinai, practitioners strive to follow the AAP guidelines, although their implementation has not been immediate, Lee said. “This is a situation where we must make the effort to choose not to do more, given current evidence.”

But Michelle Dunn, MD, an attending physician in the division of general pediatrics at the Children’s Hospital of Philadelphia, said the American practice norm already tends more to the observance than the breach of the guidelines, noting that since 2014 quality improvement efforts have been made throughout the country. “At our institution, we have effectively reduced the use of albuterol in patients with bronchiolitis and we use evidence-based therapy as much as possible, which in the case of bronchiolitis generally involves supportive management alone,” she said in an interview.

Still, Dunn added, many patients receive unnecessary diagnostic testing and ineffective therapies, with some providers facing psychological barriers to doing less. “However, with more and more evidence to support this, hopefully, physicians will become more comfortable with this.”

To that end, Lipshaw’s editorial urges physicians to “curb the rampant use of therapies repeatedly revealed to be ineffective,” citing team engagement, clear practice guidelines, and information technology as key factors in deimplementation. In the meantime, his mantra remains: “Don’t just do something, stand there.”

The study by Elliot and colleagues was supported by the Canadian Institutes of Health Research Knowledge Synthesis grant program. One coauthor is supported by a University of Ottawa Tier I Research Chair in Pediatric Emergency Medicine. Another is supported by a Tier 1 Canada Research Chair in Knowledge Synthesis and Translation and the Stollery Science Laboratory. Lipshaw and Florin disclosed no financial relationships relevant to their commentary. Haskell and colleagues were supported, variously, by the National Health and Medical Research Council of New Zealand, the Center of Research Excellence for Pediatric Emergency Medicine, the Victorian Government’s Operational Infrastructure Support Program, Cure Kids New Zealand, the Royal Children’s Hospital Foundation, and the Starship Foundation. Lee and Dunn had no competing interests to disclose with regard to their comments.