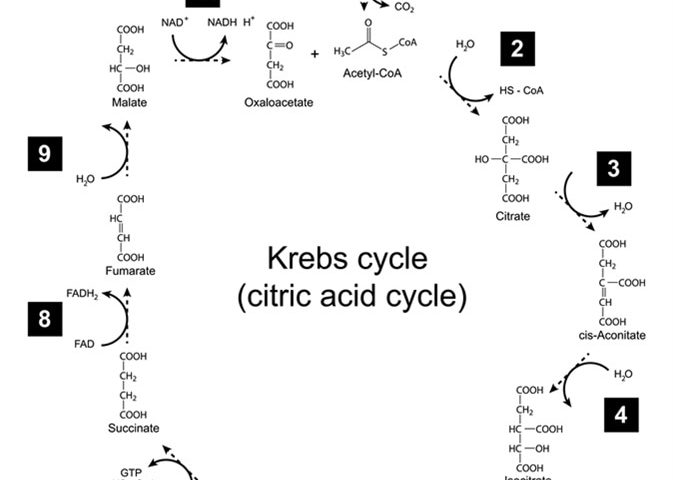 The Krebs cycle is named after its discoverer, Hans Krebs. It is also known as the citric acid cycle or the tricarboxylic acid cycle. It is a series of chemical reactions required for cellular respiration; it involves  redox, dehydration, hydration, weaning off zoloft and decarboxylation reactions that produce ATP (adenosine triphosphate), a coenzyme energy carrier for cells.  The waste product, in the form of carbon dioxide, is also produced as well as further sets of reactants used to regenerate the original reaction.

Glycolysis, the process of splitting a six-carbon glucose molecule into two three-carbon pyruvate molecules, is linked to the Krebs cycle. For each glucose molecule respired, the cycle reactions occur twice as two pyruvic acid molecules are formed. Glycolysis is an anaerobic reaction which occurs in the cytoplasm of the cell. The rest of the reactions in cellular respiration are aerobic, therefore requiring oxygen, and occur in the mitochondria of the cell. The three-carbon pyruvic acid molecules are converted to a two-carbon molecule attached to Coenzyme A, called acetyl CoA, via the process of pyruvate oxidation. It is the product, acetyl CoA, which enters the Krebs cycle. 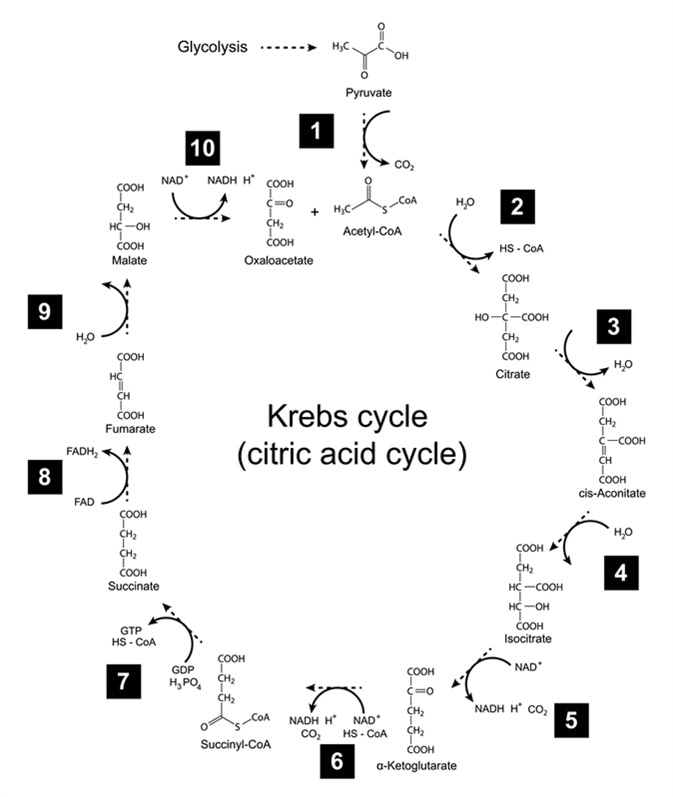 Steps in the Krebs Cycle

The Krebs cycle is a closed-loop set of reactions in eight steps:

The remaining steps of the Krebs cycle regenerate oxaloacetic acid from succinate:

Products and Functions of the Krebs Cycle

The main function of the Krebs cycle is to produce energy, stored and transported as ATP or GTP. The cycle is also central to other biosynthetic reactions where the intermediates produced are required to make other molecules, such as amino acids, nucleotide bases and cholesterol. The Krebs cycle is found in all cells that use oxygen. Combined with the process of oxidative phosphorylation, the Krebs cycle produces the majority of energy used by aerobic cells with the percentage energy provided for humans being greater than 95%.

Shelley has a Master's degree in Human Evolution from the University of Liverpool and is currently working on her Ph.D, researching comparative primate and human skeletal anatomy. She is passionate about science communication with a particular focus on reporting the latest science news and discoveries to a broad audience. Outside of her research and science writing, Shelley enjoys reading, discovering new bands in her home city and going on long dog walks.