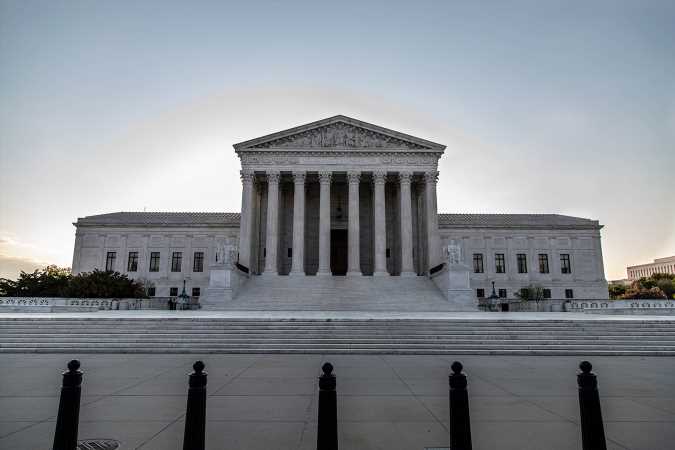 The Supreme Court on Thursday turned back its third chance to upend the Affordable Care Act, rejecting a lawsuit filed by a group of Republican state attorneys general claiming that a change made by Congress in 2017 had rendered the entire law unconstitutional.

By a vote of 7-2, however, the justices did not even reach the merits of the case, sports medicine associates brookline ruling instead that the suing states and their individual plaintiffs, two self-employed Texans, lacked “standing” to bring the case to court.

“We proceed no further than standing,” wrote Justice Stephen Breyer for the majority. “Neither the individual nor the state plaintiffs have shown that the injury they will suffer or have suffered is ‘fairly traceable’ to the ‘allegedly unlawful conduct’ of which they complain.”

The ruling represented a win not only for backers of the health law in general, but also for Health and Human Services Secretary Xavier Becerra. As California attorney general, Becerra led the Democratic states defending the ACA after the Trump administration sided with the Republican states’ suit.

The case, California v. Texas, arose as a result of a provision of the tax-cut bill passed by the Republican-controlled Congress in 2017. As part of that bill, Congress reduced to zero the ACA’s penalty for not having health insurance. The requirement for coverage, often referred to as an individual mandate, was inserted into the law to give insurers a wide pool of customers since they were now required to cover people with medical conditions. Republicans have long assailed the provision as an overreach by government.

The Republican state attorneys general argued in their suit that it was only the existence of that penalty — which the justices considered a tax — that allowed the high court to rule the law constitutional in 2012. Without the tax, the Republicans argued, not only is the mandate to have coverage unconstitutional, but the rest of the law must fall, too.

At oral arguments in the case last November, several of the conservative justices made clear they were not buying what the Republicans were selling.

On the standing issue, Chief Justice John Roberts asked whether someone would be able to sue to overturn a law requiring homeowners to mow their lawns — even if that law had no penalty. His clear suggestion was that such a person would have no case.

At issue also was the question of whether the rest of the law could stand if the justices believed that those bringing the case did have standing and if the requirement to have health insurance was unconstitutional. Even some of the court’s most conservative members, including Justice Brett Kavanaugh, suggested Congress did not intend for the rest of the law to fall if the individual mandate were declared unconstitutional.

The law, enacted in 2010, has provided coverage for about 31 million Americans. But hundreds of millions more have had their health care and coverage affected by provisions as wide-ranging as changes in Medicare drug copayments, requirements for calorie counts on menus, a pathway for approval of generic copies of expensive biologic drugs and, perhaps most important politically, protections for people with preexisting conditions and a ban on lifetime caps on coverage.

The Trump administration took several positions on the case. At one point it asserted that eliminating the tax required the entire law to be declared void and at another time suggested that the health law could be invalided only in the Republican-controlled states involved in the suit.

Before the death of Justice Ruth Bader Ginsburg last September, most court observers thought the case was highly unlikely to result in the entire ACA being struck down. That’s because Roberts voted to uphold the law in 2012, and again when it was challenged in a less sweeping way in 2015. But conservative jurist Amy Coney Barrett replaced Ginsburg, and a majority to sustain the law was considered less secure.