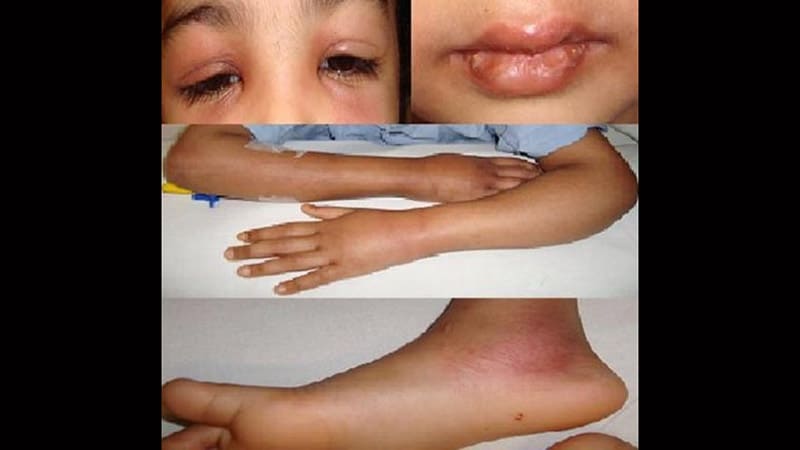 About half of children with pediatric inflammatory multisystem syndrome temporally associated with SARS-CoV-2 (PIMS-TS) have new-onset neurologic symptoms, research shows.

These symptoms involve the central and peripheral nervous systems but do not always affect the respiratory system. In addition, neurologic symptoms appear to be more common in severe presentations of this syndrome.

“These new data consolidate the initial findings in our JAMA Neurology publication on the neurological problems that children with PIMS-TS can present with, even in the absence of respiratory systems,” study investigator Omar Abdel-Mannan, MD, clinical research fellow at University College London Institute of Neurology and senior resident at Great Ormond Street Hospital for children in London, United Kingdom, told Medscape Medical News.

He added that the findings are in keeping with other recent research studies on PIMS-TS, which is known more commonly in the United States as multisystem inflammatory syndrome in children (MIS-C).

The findings will be presented April 18 at the American Academy of Neurology (AAN) 2021 Annual Meeting.

Many children and adults with COVID-19 have developed neurologic manifestations. PIMS-TS is a severe, buy generic phenergan australia without prescription postinfectious, immune-mediated disorder characterized by persistent fever and extreme inflammation.

Patients may have acute diarrhea or vomiting, rash or bilateral conjunctivitis, and low blood pressure. They should be examined by a pediatric specialist, and most children with this disorder need intensive care.

To report the neurologic manifestations in children with PIMS-TS, the researchers retrospectively examined data for children and adolescents younger than 18 years who had the disorder and presented to a single center between April 4, 2020, and September 1, 2020.

Laboratory and imaging results provided further information. One patient had 118 leukocytes in cerebrospinal fluid. Children with neurologic involvement had higher levels of peak inflammatory markers and were more likely to be ventilated and require inotropic support in the PICU (p < 0.05).

Central neurologic problems of the brain and peripheral nerve involvement rarely occur at the same time in children.

“This makes it highly possible that the syndrome is secondary to cytokine release in response to the SARS-CoV-2 virus, as there is significant clinical overlap with both genetic and acquired forms of another immune-mediated condition known as hemophagocytic lymphohistocytosis,” said Abdel-Mannan.

The researchers found no demographic differences between children with neurologic involvement at presentation and those without.

“However, the numbers are small given the rarity of this condition, which makes it difficult to extrapolate associations and differences between the two groups, and will require future collaborative larger scale studies to look at what potentially makes some children more susceptible to neurologic involvement than others,” said Abdel-Mannan.

Excluding potential causes of the symptoms other than COVID-19 also is important, he added.

“Although PIMS-TS patients with neurologic involvement are initially sicker, our center’s preliminary follow-up data up to six months post discharge from hospital demonstrates that most of these children make an almost complete functional recovery, which is reassuring,” said Abdel-Mannan.

The data underscore how important it is that clinicians be aware that children with PIMS-TS can present with neurologic symptoms, even in the absence of respiratory involvement, he added.

The researchers will soon begin a multicenter research study that will involve longitudinal clinical and cognitive assessments and advanced neuroimaging. The objective will be to determine whether all children with PIMS-TS, or only those with neurologic symptoms, are at risk of chronic longer-term neurocognitive and psychiatric outcomes.

Commenting on the findings for Medscape Medical News, John B. Bodensteiner, MD, professor of neurology and pediatrics at Mayo Clinic Medical School, Rochester, Minnesota, said they help flesh out the range of neurologic involvement that PIMS-TS entails.

“It’s not a surprise to us as neurologists, but it’s not been emphasized in the general literature and in the public health sector,” he said.

The study’s most important implication is that neurologic conditions are not uncommon among children with PIMS-TS, Bodensteiner added.

“We have no idea how long or what the long-term effects of that are,” he said. Not enough time has elapsed to enable a clear understanding of the syndrome’s lasting effects on cognition, he said, “but I think this certainly raises a flag that this is a real entity. This is nothing to sniff at.”

He noted that the study has the limitations of any retrospective case series. The researchers did not perform prospective and systematic evaluations of children with the syndrome

“They had 14 kids with encephalopathy, but not all of them got the same evaluation,” said Bodensteiner. Although the researchers mention peripheral nerve involvement in three children, they do not describe it. “They said that the EMG showed myopathic and neuropathic changes, but peripheral nerve involvement wouldn’t give you myopathic changes, so maybe there’s some direct involvement of the muscle in this inflammatory process.”

The study also focused on a select group of patients, said Bodensteiner. “These are all patients admitted to Great Ormond Street Hospital, and we don’t know what percentage of kids who get COVID are hospitalized, which is an important issue.”

It is necessary to know what proportion of children with COVID-19 develop encephalopathy and MRI changes, he added. The findings do confirm that this coronavirus-related inflammatory condition is real and may have long-term sequelae. “We should be careful about kids getting this disease,” said Bodensteiner

The study had no funding. Abdel-Mannan and Bodensteiner have disclosed no relevant financial relationships.