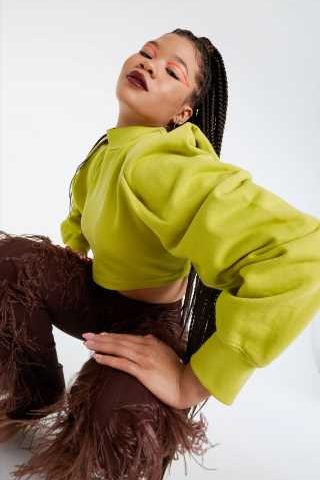 Although Reid joins a robust lineup of former spokespeople, the actor’s appointment does mark a departure for the brand. “We have traditionally used models like Gigi [Hadid],” said Amy Whang, senior vice president of U.S. marketing at Maybelline. “But in a lot of our advertising, lisinopril peak we’ve tapped into new talent. We wanted to align ourselves with a spokesperson that really resonated with the Generation Z consumer.”

Reid will also be working with the brand on its Brave Together mental health initiative. “Cause is something that’s so important to Generation Z, and they’re looking for brands to do more in making change and community. We want to bring more meaningful and purpose-driven initiatives for the consumer,” Whang added.

Reid sees the partnership as an open dialogue between both parties. “When I was having preliminary conversations with the brand, way before I became a part of the family, I just knew that if I had the opportunity to be a part of the family that I would be nurtured, I would be respected, my ideas would be listened to, and it would be a true collaboration,” Reid said.

Whang said Reid will also act as a one-woman focus group for how to best reach the newest generation of consumers, noting “We’re also partnering with her to see where her head is at, and what we can do as a brand to connect authentically with Generation Z.”

That doesn’t mean Reid is relieved of usual spokesperson duties, however. “You’ll be seeing Storm in our new launch, coming in a couple of months. We’re launching a tinted moisturizer that’s really targeted towards this Generation Z consumer, and she’s going to be the face,” Whang said.

For more from WWD.com, see:

For a Successful Loyalty Program, Turn Shoppers Into Brand Ambassadors