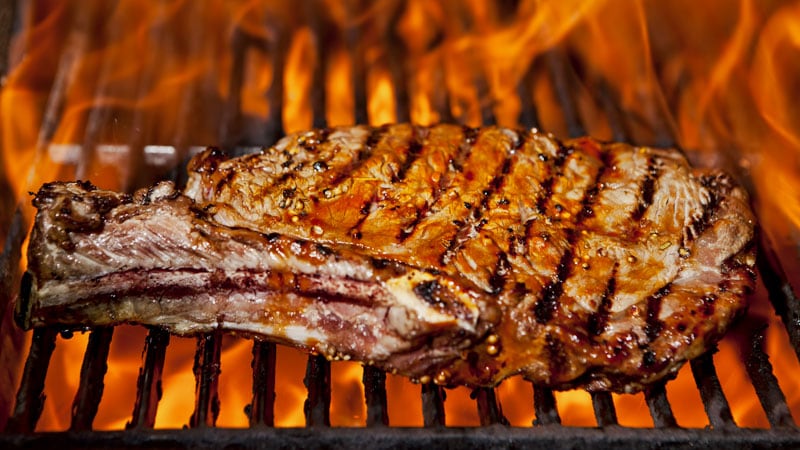 Contrary to expectations, high dietary intake of advanced glycation endproducts (AGEs), including those from foods that are deep fried, grilled, or broiled, seroquel for elderly was associated with a lower risk of hepatocellular carcinoma (HCC) in a large, multinational cohort study.

The risk for gallbladder cancer, however, was increased in association with high AGEs intake in the cohort, report the authors, led by Ana‐Lucia Mayén, MD, of the International Agency for Research on Cancer in Lyon, France.

AGEs, a class of pro-oxidants in food, are mainly produced by prolonged high-heat processing and are thought to contribute to development of hepatobiliary cancers.

Animal studies and some human and experimental studies have suggested links between dietary AGEs and elucidated possible mechanisms for a role in such cancers, but the extent to which dietary AGEs contribute remains unclear, the authors explain. To assess the relationship between dietary AGEs and cancer risk, intake of three well-characterized AGEs — Nε‐[carboxymethyl]lysine (CML), Nε‐[1‐carboxyethyl]lysine (CEL), and Nδ‐[5‐hydro‐5‐methyl‐4‐imidazolon‐2‐yl]‐ornithine (MG‐H1) — was estimated in 450,000 adults in the EPIC cohort.

After a median follow-up of 14.9 years, 255 cases of HCC, 100 cases of gallbladder cancer and 173 biliary tract cancers occurred.

HCC risk was inversely associated with high intake: the hazard ratios per one standard deviation increment were 0.87 for CML, 0.84 for CEL, and 0.84 for MG-H1.

Conversely, gallbladder cancer risk increased with higher estimated dietary intake of the AGEs. HRs per one standard deviation increment were 1.28 for CML, 1.17 for CEL, and 1.27 for MG-H1.

No associations were observed for cancer of the intra- and extrahepatic bile ducts, the authors note.

The findings were published online April 25 in the International Journal of Cancer.

The EPIC cohort study includes individuals recruited between 1992 and 2000 from 23 centers in 10 European countries and aims to assess cancer and other chronic disease risk factors. For the current study, dietary intake of AGEs among participants was estimated using country‐specific dietary questionnaires linked to an AGEs database.

However, the inverse associations between higher intakes of dietary AGEs and HCC conflict with their hypothesis that high intake correlates with increased risk — and the observed associations were robust, as demonstrated by a variety of sensitivity analyses.

“For example, excluding incident cases of HCC ascertained within the first 2 years of follow‐up to account for reverse causation did not alter our findings. There was also little heterogeneity in associations across subgroups of the population as defined by age, body weight status, alcohol consumption, smoking status, prevalent diabetes and geographical region, except for a suggestive heterogeneity by sex,” they write. “In a subsample of our study population, we were also able to account for hepatitis infection status and liver function with little change in risk associations.”

The findings “are in contrast to the prevailing hypothesis that dietary AGEs may increase cancer risk,” they note, adding that “overall, evidence is still scarce and the reasons for the inverse relationship with the risk of HCC are unknown.”

Additional studies are needed to confirm the findings, they conclude.

This study was funded by grants from Fondation de France and Wereld Kanker Onderzoek Fonds. The authors have disclosed no relevant financial relationships.

Sharon Worcester is a reporter for MDedge News, part of the Medscape Professional Network.