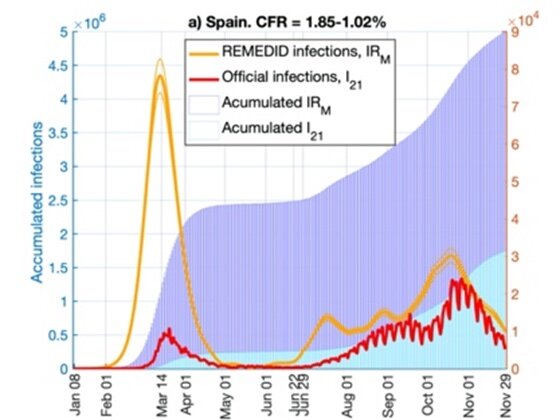 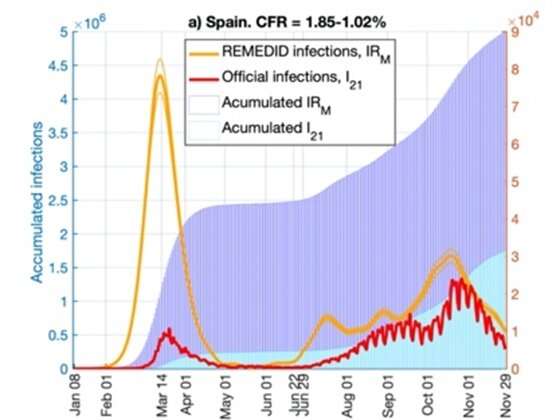 The number of new infections per day is one of the main parameters for understanding the dynamics of an epidemic. However, during the COVID-19pandemic in 2020, this information has been of low quality, evista bra especially during the first months, due to the bias of the official figures because of the insufficient number of diagnostic tests performed. In this context, a multidisciplinary team of researchers from the University of Alicante (UA) and the Carlos III Health Institute (ISCIII) in Madrid has designed a retrospective methodology, called REMEDID (Retrospective Methodology to Estimate Daily Infections from Deaths), capable of estimating daily infections from the number of deaths, a figure documented with greater precision.

This work helps analyze and understand the dynamics of the pandemic and evaluate the efficiency of the measures adopted at different spatial and temporal scales, as explained by the team’s coordinator, César Bordehore, Ph.D. in Biology and researcher at the UA Ramón Margalef Institute for Environmental Research.

The team of experts has applied this precise mathematical model to estimated time series of infections, between 8 January and 29 November 2020, in Spain and its 17 autonomous communities and two autonomous cities. The results show that the probable infections were between 35 and 42 times more than the official ones on 14 March, when the government decreed national confinement, David García said, professor in the UA Department of Applied Mathematics and first author of the article.

According to this work, the first infection in Spain could have occurred between 8 and 9 January 2020, some 43 days before the official records during the first wave. “Serology studies conducted by the Instituto de Salud Carlos III have given us a realistic estimate of the total number of infections, showing that the official data were underestimated. The REMEDID methodology complements these studies by reconstructing the temporal evolution of these infections, García reported.

Also, national lockdowns had an immediate effect on virus transmission, as shown by the rapid decline in the slope around 14 March. This immediacy in the decline of transmission (the epidemiological R) was not seen in the official data on the number of infected people.