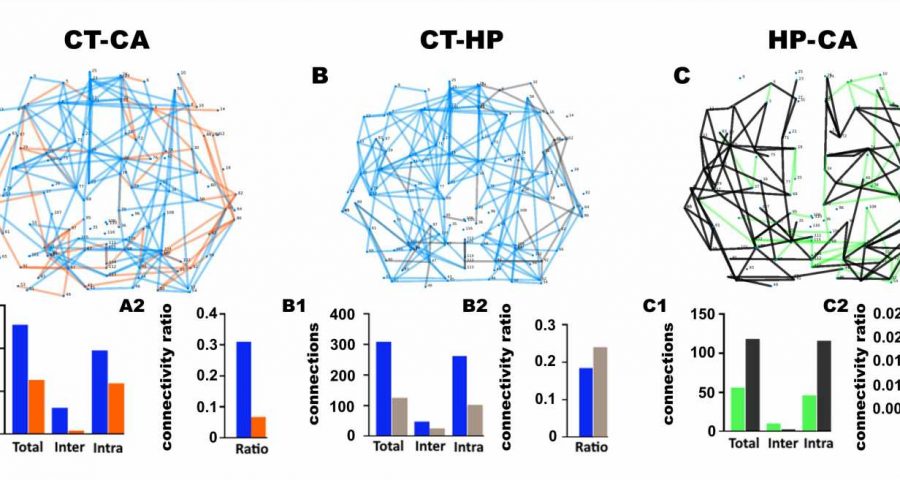 Recently published in the scientific journal Brain Communications, a new study distinguished structural patterns between individuals with corpus callosum dysgenesis (CCD), a congenital condition that consists of the absence or incomplete development in the connecting structure between the two brain hemispheres. The research was carried out by the D’Or Institute for Research and Education (IDOR), the University of Pittsburgh, Oswaldo Cruz Foundation (Fiocruz), and the Federal University of Rio de Janeiro (UFRJ).

Investigating CCD is an arduous task for doctors and neuroscientists. There aren’t many patients available for research, and the anatomical variability of brains with CCD creates a broad clinical spectrum. Due to brain plasticity—the organ’s ability to create alternative connections to ensure its functioning in adverse situations—the clinical scenario range from the complete lack of symptoms to epilepsy and psychomotor retardation, in addition to being commonly found in autism spectrum disorder. “The CCD is one of the greatest mysteries of neuroscience. To this day, researchers don’t fully know how this neuroplasticity occurs. But we’ve had new discoveries in the past years, mainly through in vivo methods that analyze these patients’ brain connections via imaging,” informs the study’s corresponding author, Dr. Fernanda Tovar-Moll, M.D., radiologist and president of IDOR.

Considering the challenges presented by this pathological plurality, the study’s researchers analyzed the structural and neurological alterations of 11 patients with CCD, men and women aged from 4 to 33 years old. Of these, 6 had a complete absence of the corpus callosum (agenesis) and the other 5 were characterized by its hypoplasia, which is the underdevelopment of the structure.

The research was carried out through functional and structural magnetic resonance imaging. The images were first evaluated by a neuroradiologist to confirm the diagnosis of CCD and then were examined again to map the patients’ neural connections, which were compared with a control group composed of 45 healthy individuals.

As expected, the results showed that structural connectivity in individuals with agenesis or hypoplasia of the corpus callosum differed from the images in the control group. However, clear differences were also noted within the groups with CCD.

Despite having fewer connections when compared to the other two groups, patients with agenesis connected brain regions in a functionally similar way to healthy patients, while individuals with hypoplasia showed a broader, but abnormal and variant reorganization between brain connections, which would justify the worsening of symptoms in patients with this type of CCD. “The hypoplastic corpus callosum usually connects regions of the brain that it shouldn’t connect. Instead of positive neuroplasticity, this characteristic could be the cause of symptoms,” explains Diego Szczupak, Ph.D. and the study’s first author.