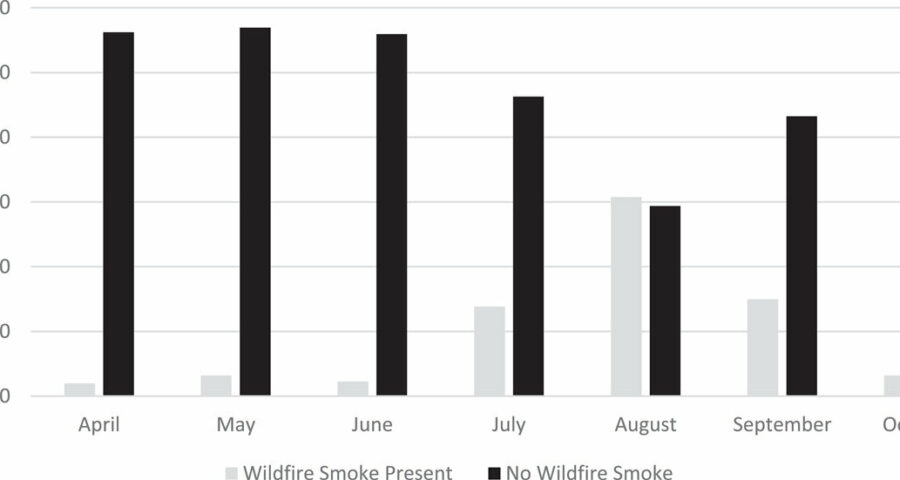 Rates of traumatic injury among workers in the Oregon agricultural and construction sectors are significantly higher during periods of high heat compared with periods of more moderate weather, a recent Oregon State University study found.

“The big take-home message I want people to get from this is that, if the temperature is high and you have workers out there, they’re more likely to be injured, whether it’s due to dehydration, reduction in mental capacity or exhaustion,” said Richie Evoy, lead author on the paper and a recent doctoral graduate from OSU’s College of Public Health and Human Sciences.

The study, published earlier this month in Health Science Reports, examined Oregon workers’ compensation data from 2009-2018. Researchers looked at nearly 92,000 injury claims in which workers suffered temporary disability, permanent disability or death. They focused on injuries that occurred in the months of April through October because the average heat index was above 55 degrees for that period.

In addition to heat, researchers also investigated the impact of wildfire smoke on worker injury rates.

They matched injury records with meteorological data to estimate heat exposure based on the heat index, which combines the effects of temperature and humidity in the air, along with environmental satellite data to estimate exposure to wildfire smoke.

They found that workers in agricultural and construction jobs were significantly more likely to suffer a traumatic injury on days when the heat index was above 75 degrees, compared with a baseline of 65 degrees or less.

The effect worsened when the heat index climbed to over 90 degrees, with an increased risk of 19-29% over baseline as the index ranged from 90-119 degrees.

“These results support the need for occupational safety practitioners to include protections for workers during extreme heat,” said Laurel Kincl, co-author on the study and an associate professor in OSU’s College of Public Health and Human Sciences. “While our study in based in Oregon, this is true in other states and regions since these conditions will likely become more frequent with climate change.”

There are several potential reasons for this, researchers said. It could be that because wildfires happen more frequently in hot conditions, the smoke is coincidental to the heat; but smoke can sometimes also block the sun and reduce overall temperature.

Future studies should obtain more precise smoke exposure data to better understand the potential impact, researchers said. In using satellite imagery and data recorded from each day’s peak smoke exposure by zip code, Evoy said they couldn’t parse out exactly how much wildfire smoke individual workers were exposed to, or what was in that smoke, because of shifting winds and changes in what was burning at any given time.

“The way things stand now, wildfires are only going to increase in frequency and duration in Oregon and in the West, so the more we can do to understand the risks to our outdoor workers who are going to be experiencing these climate effects first, the better off those workers are going to be in protecting their health and staying productive,” Evoy said.