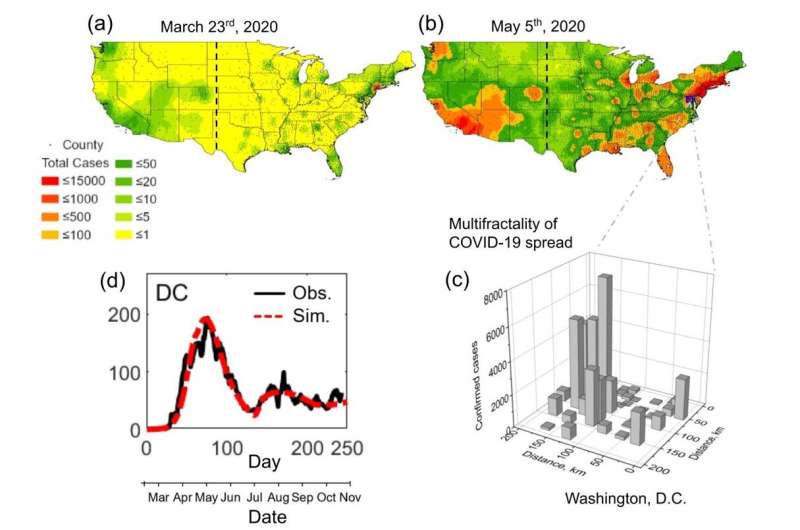 Early on in the COVID-19 pandemic, health officials seized on contact tracing as the most effective way to anticipate the virus’s migration from the initial, risperdal action densely populated hot spots and try to curb its spread. Months later, infections were nonetheless recorded in similar patterns in nearly every region of the country, both urban and rural.

A team of environmental engineers, alerted by the unusual wealth of data published regularly by county health agencies throughout the pandemic, began researching new methods to describe what was happening on the ground in a way that does not require obtaining information on individuals’ movements or contacts.

In a paper published May 6 in the Proceedings of the National Academy of Sciences, they presented their results: a model that predicts where the disease will spread from an outbreak, in what patterns and how quickly.

“Our model should be helpful to policymakers because it predicts disease spread without getting into granular details, such as personal travel information, which can be tricky to obtain from a privacy standpoint and difficult to gather in terms of resources,” explained Xiaolong Geng, a research assistant professor of environmental engineering at NJIT who built the model and is one of the paper’s authors.

“We did not think a high level of intrusion would work in the United States so we sought an alternative way to map the spread,” noted Gabriel Katul, the Theodore S. Coile Distinguished Professor of Hydrology and Micrometeorology at Duke University and a co-author.

Their numerical scheme mapped the classic SIR epidemic model (computations based on a division of the population into groups of susceptible, infectious and recovered people) onto the population agglomeration template. Their calculations closely approximated the multiphase COVID-19 epidemics recorded in each U.S. state.

“Ultimately, we’d like to come up with a predictive model that would let us determine what the likely outcome would be if a state took a (particular) action,” Katul added.

By plotting on a map all of the data published weekly by county health agencies, the researchers also discovered that the disease spread out across the country in similar patterns, from the largest cities to the tiniest hamlets.

“High infection ‘hotspots’ interspersed within regions where infections remained sporadic were ubiquitous early in the outbreak, but the spatial signature of the infection evolved to affect most regions equally, albeit with distinct temporal patterns,” the authors wrote.

“We wondered whether the spread—in space and time—was predetermined, or if there were spatial variability related to local policy,” said Elie Bou-Zeid, a professor of Civil and Environmental Engineering at Princeton University and a co-author. “We found that the distribution tended to be proportional to the population.”

When the alarm went out in March of last year, it was already too late, the authors noted.

“The virus could not be isolated. While the superhighways of contagion—air flights—were curtailed, the disease spread at the local level from city to city,” said Michel Boufadel, professor of environmental engineering, director of the Center for Natural Resources at NJIT, and the corresponding author of the study. “Using the standard precautions of masking and distancing is not enough if there are a lot of people out there. There will still be superspreader events, resulting from 5-10 people gathering.”

Their model, he said, allows them to separately examine the two key driving mechanisms of the pandemic: individuals taking preventive measures such as social distancing and wearing masks and local and state policies on shutting down or reopening public spaces.

“In this case, states did not much learn from each other and that made it difficult to have a different trend,” Bou-Zeid noted.