The Trump administration awarded a no-bid contract to Deloitte to develop software to track vaccinations, but the system has flaws. A competitor has accused the C.D.C. and the company of stealing her idea. 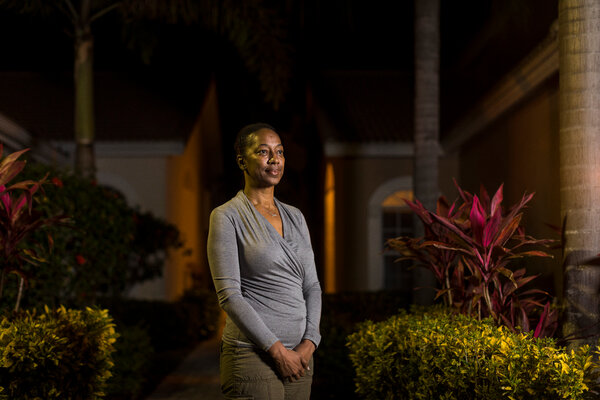 WASHINGTON — Last spring, when coronavirus vaccines were just a glimmer of hope, the Trump administration awarded the first of two no-bid contracts worth up to $44 million to a national consulting firm to help patients register to be immunized and states collect detailed data on vaccine recipients.

The result was VAMS, a vaccine administration management system built by the firm, Deloitte, which has been spurned by most states and become an object of scorn. And now, an immunization expert who had offered the government her own mass vaccination tracker at a lower price than Deloitte’s is accusing the company and the Centers for Disease Control and Prevention of stealing her intellectual property.

Tiffany Tate, the executive director of the Maryland Partnership for Prevention, made the allegation in a cease-and-desist letter obtained by The New York Times, and later confirmed its authenticity in an interview with her lawyer on Friday. Ms. Tate, who has spent two decades running immunization clinics in underserved communities, said she previewed her platform last May for Deloitte officials who were identified by the C.D.C. as consultants.

The C.D.C. expressed interest in buying it, she said. But the centers instead asked Deloitte, without a competitive bidding process, to its build its own system, dismissing warnings from state and local health officials and immunization managers that it was unwise to roll out an untested platform in the middle of a crisis.

The letter, dated Aug. 30, says the C.D.C.’s specifications “mirror” the system Ms. Tate created — including a “new feature” that “eventually found its way into VAMS.” Ms. Tate, who is African-American and whose work has focused on minority communities, said the rejection was especially painful in the thick of a pandemic that disproportionately affects people of color.

“I was in shock, and I really was heartbroken because I’ve worked with these people my entire career and I respected them and I trusted them,” Ms. Tate said in the interview. “It was very, very upsetting.”

Ultimately, the marketplace spoke. VAMS, which Mississippi’s state health officer, Dr. Thomas E. Dobbs, described this week as “suboptimal,” is being used in about 10 states. Ms. Tate offered to license her own system for $15 million — about a third what the C.D.C. has committed to pay Deloitte — so the centers could give it free to states. When the C.D.C. rejected her, she said, she sold it to states herself.

Now, 28 are using it, including North Dakota, which as of Friday had administered the first shot of a two-dose coronavirus vaccine to a higher percentage of its population than all but four other states. Louisiana recently signed on and Virginia has abandoned VAMS for the system, known as PrepMod, Ms. Tate said.

“She is a reputable person,” said Claire Hannan, the executive director of the Association of Immunization Managers, who said that she, too, had assumed that the C.D.C. was buying Ms. Tate’s platform after hearing C.D.C. officials describe their forthcoming system in conference calls last year. “This is a good system. It is built out of experience running these clinics. Does it do everything? No. Is it the perfect solution that everybody wants at the drop of a dime? No. But it’s working in many states.”

At least one other developer of vaccine information systems, Mike Popovich, the owner of STChealth, which contracts with states to run their immunization registries, said he and his competitors were also asked to sit in on meetings and share information with C.D.C. and Deloitte — only to be shut out of the bidding process.