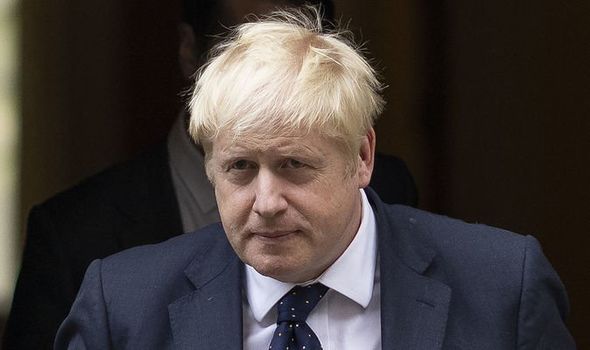 The Prime Minister said 311 who helped British forces over the past 20 years are still trapped in Afghanistan. Some 192 Afghans eligible for evacuation to the UK under the Arap resettlement scheme have been contacted by British authorities.

The PM told MPs after they returned from their summer break: “Let me say to anyone who we’ve made commitments to and who is currently in Afghanistan: ‘We are working urgently with our friends in the region to secure safe passage and as soon as routes are available we will do everything possible to help you to reach safety’.”

Britain hopes to help many more people in danger under the Taliban.

Mr Johnson said the Government was carrying out the “highest possible” security checks on all Afghans being rescued, after concerns were raised the scheme could be abused.

Former PM Theresa May voiced fears over the increased terror threat emanating from Afghanistan following the withdrawal of Nato troops.

She was told the UK has “no direct information as yet of any increase to the threat” and “every effort” will be made to keep the UK safe.

MPs raised frustrations about ministers failing to respond to cases of stranded Afghans they have raised.

Mr Johnson said a backlog of emails from MPs asking for assistance would be handled by midnight.

More than 8,000 Afghan ex-staff and family members were among the 15,000 people evacuated by the UK after August 13.

The PM said Britain’s 20-year involvement in Afghanistan had protected the West against Al-Qaeda and British troops should be “proud”.

He said an extra £5million would go to help charities offering support on mental health issues to veterans.

Saturday marks 20 years since the September 11 terror attacks in the US that triggered Western military operations in Afghanistan.

Mr Johnson said: “If anyone is still tempted to say that we have achieved nothing in that country in 20 years, tell them that our Armed Forces and those of our allies enabled 3.6 million girls to go to school.

“Tell them that this country and the Western world were protected from Al-Qaeda in Afghanistan throughout that period, and tell them we have just mounted the biggest humanitarian airlift in recent history.”

Labour leader Sir Keir Starmer called for British troops to receive a medal for their “remarkable” efforts in rescuing thousands of people from Afghanistan.

“We are proud of all those who contributed,” he said.

Mr Johnson indicated sanctions could be imposed on the Taliban regime now controlling Afghanistan if its leaders fail to live up to the commitments they have made.

He said: “We’ll continue, with our international friends and partners, to apply whatever pressure we can ‑ economic, diplomatic ‑ on the Taliban to ensure that they comply with that as they have said.

“If the new regime in Kabul want international recognition and access to the billions of dollars currently frozen in overseas accounts then we and our friends will hold them to their agreement to prevent Afghanistan from ever again becoming an incubator for terrorism, and we shall insist on safe passage for anyone who wishes to leave, and respect for the rights of women and girls.”

The Prime Minister insisted that it is also “in the interests of” China and Russia to ensure that Afghanistan does not become “a breeding ground for terror”.

There are fears they will exploit the exit of the West for their own strategic advantage.

Dominic Raab defended his response to the crisis after accusations the withdrawal was “nothing short of chaotic”.

The Foreign Secretary insisted the UK’s operations were “in sync” with Nato allies and “not even the Taliban” expected to gain ground as rapidly as they did.

Mr Raab said that the Government will not recognise the regime officially but “will engage and we will carefully calibrate our actions” in response to its actions.

The Foreign Secretary continued: “We must also set some credible tests to hold the Taliban to the undertakings they have made on safe passage, on terrorism, on humanitarian access and a more inclusive government.”

He added: “We stand ready to use all the levers at our disposal in that effort: political, economic, diplomatic.”

Mr Raab said that the Taliban leadership must stop Afghanistan once again becoming a “harbour or safe haven for terrorism”.