Anxious but determined, Americans are pushing through challenges like the pandemic and long lines to cast their ballot. The country is on course to surpass 150 million votes for the first time. 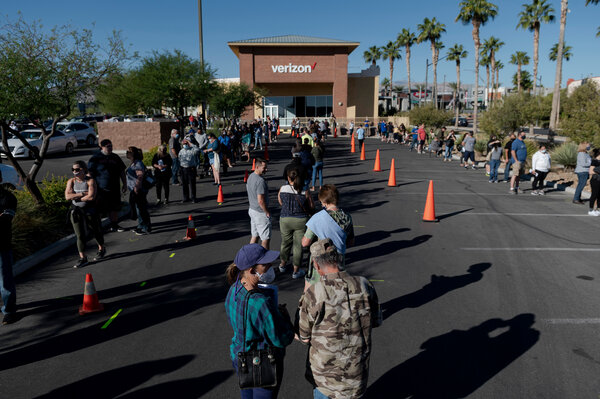 By Nick Corasaniti and Stephanie Saul

PHILADELPHIA — An unnerved yet energized America is voting with an urgency never seen before in the approach to a presidential election, as a record 85 million people have cast ballots despite an array of challenges: a pandemic, postal delays, long lines and court rulings that have tested faith in the country’s electoral system.

In Texas and Hawaii, turnout has already exceeded the total vote from 2016, with three days of early voting remaining and more absentee ballots to be returned. Ten other states, including major battlegrounds like Georgia, Florida, North Carolina, Arizona and Nevada, have surpassed 80 percent of the turnout from the last presidential election. Over all, the early turnout has set the country on course to surpass 150 million votes for the first time in history.

The impact of this huge surge in turnout is one of the most unpredictable facets of the election, as strategists in both parties parse early returns for signs of any advantage. Joseph R. Biden Jr., the Democratic nominee, is counting on a strong early vote to help him flip states like Florida and Arizona that President Trump carried in 2016. But Republicans are banking on their voters to turn out in bigger numbers on Election Day and deliver battleground wins, as they did in key states in 2016.

Though Democrats have maintained an edge in early turnout in nearly every state that has seen record participation, Republicans have been closing the gap. In Florida, for example, 40 percent of the ballots returned came from registered Democrats, and 37.9 percent from registered Republicans, and in heavily Democratic Miami-Dade County, a higher percentage of registered Republicans have voted than have Democrats. Included in those returns are millions of ballots marked no party affiliation, with no indication whether Mr. Biden or Mr. Trump is leading.

A recent national poll by The New York Times and Siena College found that Republicans were more likely to vote on Election Day than to vote early, while Democrats showed a preference for voting early. Polls in Georgia, Iowa and other battleground states showed a similar trend.

As the nation enters one of the most consequential weeks for voting in recent years, with swaths of Americans nervous about whether their ballots will be received and counted and others determined to push through concerns about the virus to vote, officials across the country have been mounting a furious effort to shore up election systems that have been pushed to the brink. They are recruiting tens of thousands of additional poll workers, working around the clock to process ballots and keeping polling locations open late to accommodate long lines.

“I’m going to vote like my life depends on it,” Marilyn Crowder, 60, said as she waited in a line a block long at Anna B. Day School in Northwest Philadelphia this week. The school, one of 17 early voting locations open for the first time in Philadelphia, has for weeks drawn lines of voters filing down the street.

For Ms. Crowder, a cancer survivor, the pandemic was a motivating factor, as well what she saw as attempts by Republicans to make it harder to vote. “I personally felt powerless to do anything about it, except what I’m doing now,” she said. “And now I’m making phone calls.”

Never before in modern American politics has the electorate faced so many unknowns while so many Americans still pushed forward to cast their ballots through the mail and in person. 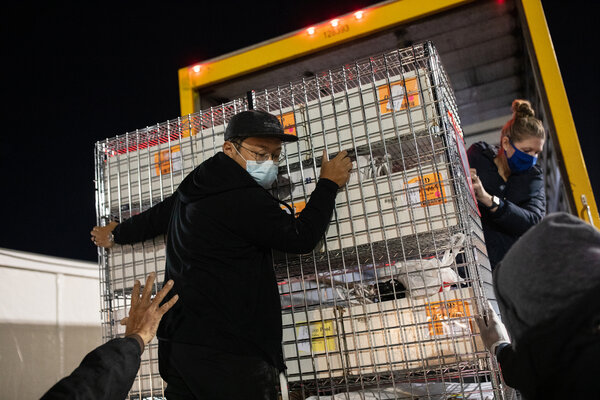 “The issues that are facing this country are generational,” said Michael McDonald, a professor of political science at University of Florida. He said the pandemic and the Black Lives Matter movement, coupled with the heightened political engagement since Mr. Trump’s election, had produced a highly energized electorate.