The former leader of the House of Commons issued the scathing rebuke during a personal statement given after Wednesday’s Prime Minister’s questions session. Her jibe was met with laughter in the chamber as the comments sparked amusement among MPs.

She said: “Brexit started out as an enthusiastic attempt to reform the EU from inside.

“I set up the Fresh Start project.

“With support from 200 colleagues, we set out the case for EU reform but it soon became clear that that wasn’t on offer and the rest is history.

“Now this time coincided with my first-ever rebellion against a three-line whip was as 1 of 81 Conservatives to vote for a referendum on EU membership. 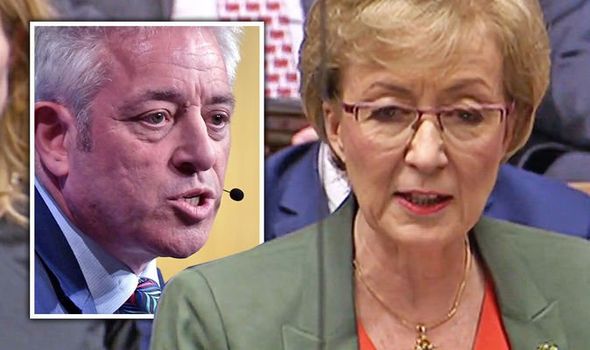 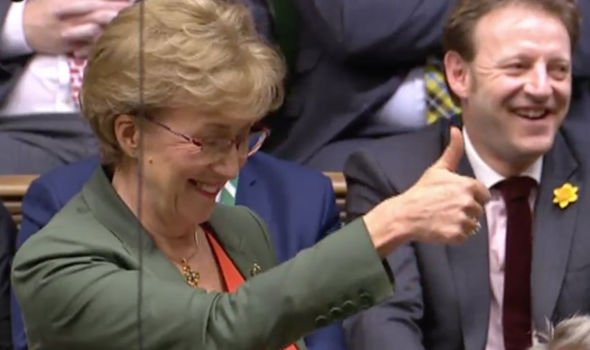 “Leading to media speculation that I had told Chancellor George Osborne to f off.

“Well, I can assure you that there is only one person whom I might be tempted to provide such frank advice and that wouldn’t include any current or former Chancellor or certainly not any current Speaker.”