WASHINGTON (Reuters) – Former Vice President Joe Biden won at least nine states in a surprisingly strong showing on Super Tuesday while his main rival Bernie Sanders was on pace to pick up four, including California.

With partial results in from all 14 Super Tuesday states and one U.S. territory, Biden was forecast to win at least 319 delegates, with Sanders getting at least 244, Elizabeth Warren 27, Michael Bloomberg 12, and Tulsi Gabbard one. In many states, only a fraction of the delegates have been assigned so far.

Here is a quick look at what happened in the voting to choose a Democratic challenger to President Donald Trump in November.

Media reports projected Sanders would win the biggest state. He had 33% support with returns in from 78.5% of precincts, and Biden was in second place with 24.1%.

Sanders had been widely expected to win in California and hoped to run up a big lead in delegates, while Biden was hoping to remain close enough to prevent a blowout. The results showed Biden doing much better than expected.

Biden won Texas in one of the big surprises of Super Tuesday.

Of the delegates already assigned, Biden had 42, Sanders 38, Bloomberg one and Warren one.

Sanders had been widely favored to win Texas, and possibly by a big margin, but Biden enjoyed a late surge in support as other moderate candidates pulled out of the race.

Former New York Mayor Bloomberg also spent massively in Texas and had about 15% support. While Bloomberg took some moderate votes away from Biden, Sanders also saw his share of the vote undermined by Warren, a fellow liberal senator, who had about 11.4% support.

Several hours after polls closed, the state was still too close to call.

With results in from almost 74% of precincts, Biden had 33.9% of the vote and Sanders had 32.9%. Both will win at least seven Maine delegates.

Sanders is well known to Maine voters as a senator for nearby Vermont and had been the favorite going into Super Tuesday.

Biden won the state comfortably. With 50 of its delegates assigned, he had 35 and Sanders had 15.

Biden’s victory was largely fueled by his overwhelming advantage among black voters.

Biden easily won Virginia and secured at least 52 of its 99 delegates. Sanders will win at least 20 delegates and Warren will take at least one.

The state has been trending more liberal in recent elections. Bloomberg invested heavily there, flooding television with advertisements. But Biden benefited from voters who decided only in the last few days.

Biden won and is projected to secure at least 32 delegates, with Sanders getting at least 27 and Warren 17.

Warren had once been considered the favorite in the state she represents in the U.S. Senate. Sanders was considered her biggest threat. But Biden’s surprise victory – after spending no money there nor deploying any staff – solidified his big night.

Biden won and will pick up at least 36 delegates, with Sanders winning at least 26 and Warren five. 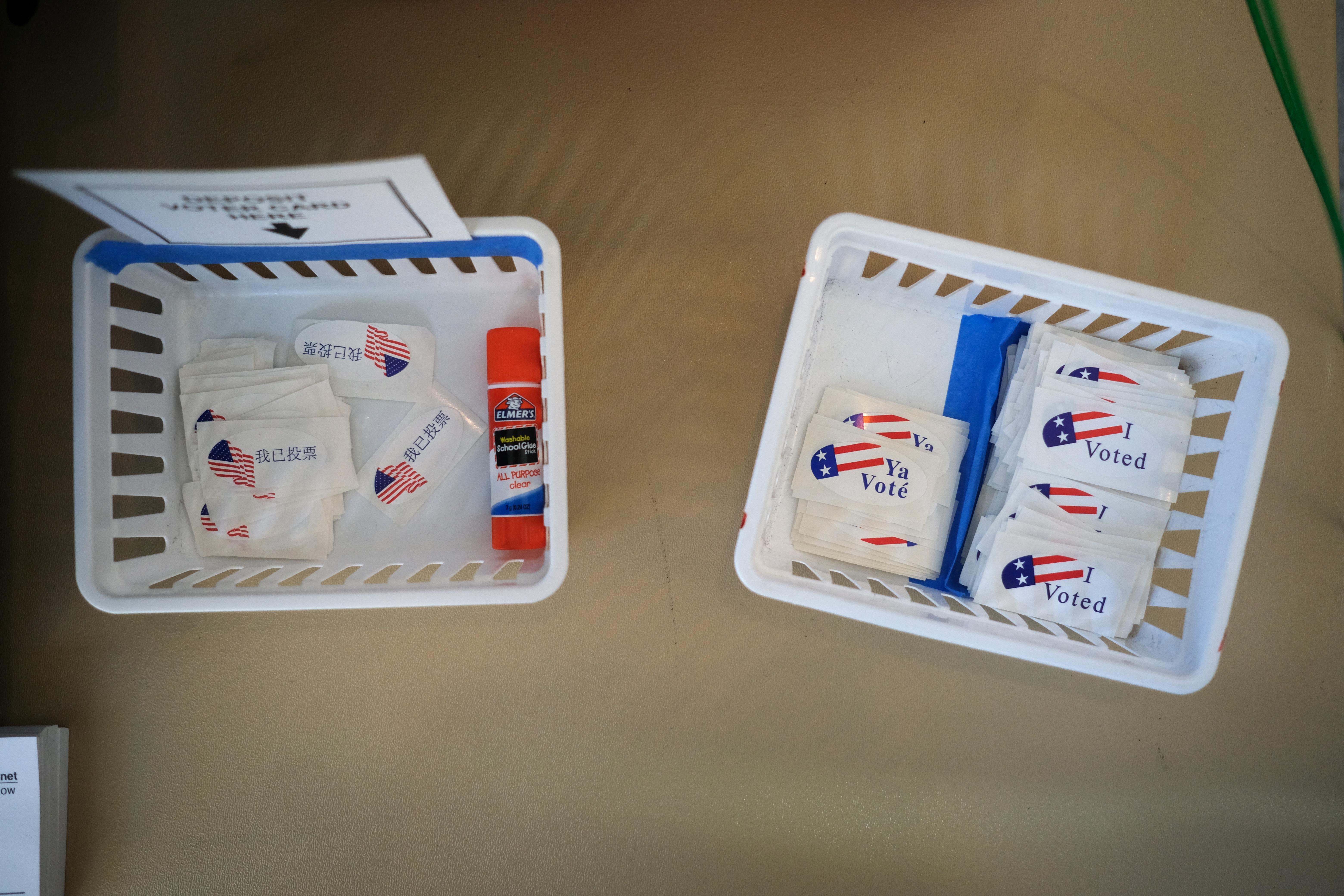 Senator Amy Klobuchar had been favored to win her home state of Minnesota. But on Monday, she ended her campaign and threw her support behind Biden.

Sanders won the state comfortably. Of the delegates assigned so far, Sanders had 13, Biden and Bloomberg both had five and Warren three.

After Biden outperformed him in the South, Sanders was hoping states like Colorado would fuel a Super Tuesday advantage.

Biden won Tennessee and had 21 of the 31 delegates assigned so far. Sanders had the other 10.

With no opinion polls assessing the Democratic primary in the state, campaigns were banking on trying to capture a surprise win there. Bloomberg invested heavily in time and resources, while Biden hoped his support among African Americans would carry him to victory.

Biden won easily and will secure at least 25 delegates. Sanders will win at least 3.

Biden continued his Deep South wins. His advantage among black voters, who make up much of the state’s Democratic electorate, propelled him to the victory.

Biden won and will get at least 11 delegates, with Sanders getting at least six.

Oklahoma is Warren’s birthplace but early results found her well behind.

Biden won the state and will secure at least 12 delegates. Sanders will win at least five delegates and Bloomberg at least two.

Bloomberg made one of his first campaign appearances in Arkansas and picked up endorsements from elected officials there, but appears likely to finish in third place behind Biden and Sanders.

Sanders was projected to win the state.

With 28% of precincts reporting, Sanders had 35% of the vote, against 17% each for Biden and Bloomberg. Only 3 delegates had so far been assigned, all of them to Sanders.

The western state has traditionally been conservative, but liberal pockets in places such as Salt Lake City and Park City could prove beneficial to Sanders. Two opinion polls conducted earlier this year found him with a lead.

Sanders won Vermont and secured at least 10 of its delegates, with Biden winning at least five.

Sanders has represented Vermont in Congress for decades and was expected to win easily.

The U.S. Pacific Ocean territory held a single caucus to allocate its delegates.

This new contest allows Democrats living abroad, many of them who relocated permanently or work for the State Department, to have a voice in the nominating contest.

Voting began on Tuesday and will continue for a week.