WASHINGTON — President Biden, declaring the coronavirus an “all-hands-on-deck crisis,” set out ambitious goals on Wednesday for ending the pandemic and urged world leaders, drug companies, philanthropies and nonprofit groups to embrace a target of vaccinating 70 percent of the world by next year.

But the course that Mr. Biden charted, at a virtual Covid-19 summit meeting that he convened on the sidelines of the United Nations General Assembly in New York, may be difficult to turn into reality. And pressure is mounting on the president to lean harder on U.S. pharmaceutical manufacturers, which are resisting sharing their Covid-19 technology with poorer countries.

The daylong meeting, the largest gathering of heads of state to address the pandemic, was a reflection of Mr. Biden’s determination to re-establish the United States as a leader in global health after President Donald J. Trump severed ties with the World Health Organization last year, at the outset of the coronavirus crisis.

Mr. Biden announced a series of actions, including the purchase of an additional 500 million doses of Pfizer’s vaccine at a not-for-profit price to donate overseas and $370 million to administer the shots. Vice President Kamala Harris announced that the United States would donate $250 million to a new global fund that aims to raise $10 billion to prevent future pandemics.

“We’re not going to solve this crisis with half-measures or middle-of-the-road ambitions. We need to go big,” the president said in televised remarks. “And we need to do our part: governments, the private sector, civil society leaders, philanthropists.”

President Biden called for a heightened, unified global response to the pandemic as he convened a virtual Covid-19 summit in conjunction with the United Nations General Assembly meeting in New York.

Nothing is more urgent than all of us working together to defeat Covid-19, and that world is going to be much better prepared for future pandemics — we have to do both. This summit is about supercharging our efforts in three key areas: vaccinating the world by dramatically ramping up vaccine production, donations, delivery and administering the vaccine, which is a logistical — it’s a logistical challenge. Addressing the oxygen crisis in many hospitals around the world, making other treatments more accessible and increasing the availability of public health tools like masks and tests, and building back better so that our global health security infrastructure is more resilient than it is today. We’ve all suffered. The United States has lost more than 670,000 of our fellow Americans, worldwide, the death toll is above 4.5 million people — 4.5 million people. And this is a global tragedy, and we’re not going to solve this crisis with half measures or middle of the road ambitions. We need to go big and we need to do our part, governments, the private sector, civil society leaders, philanthropists. This is an all hands on deck crisis. And the good news is we know how to beat this pandemic — Vaccines, public health measures and collective action. 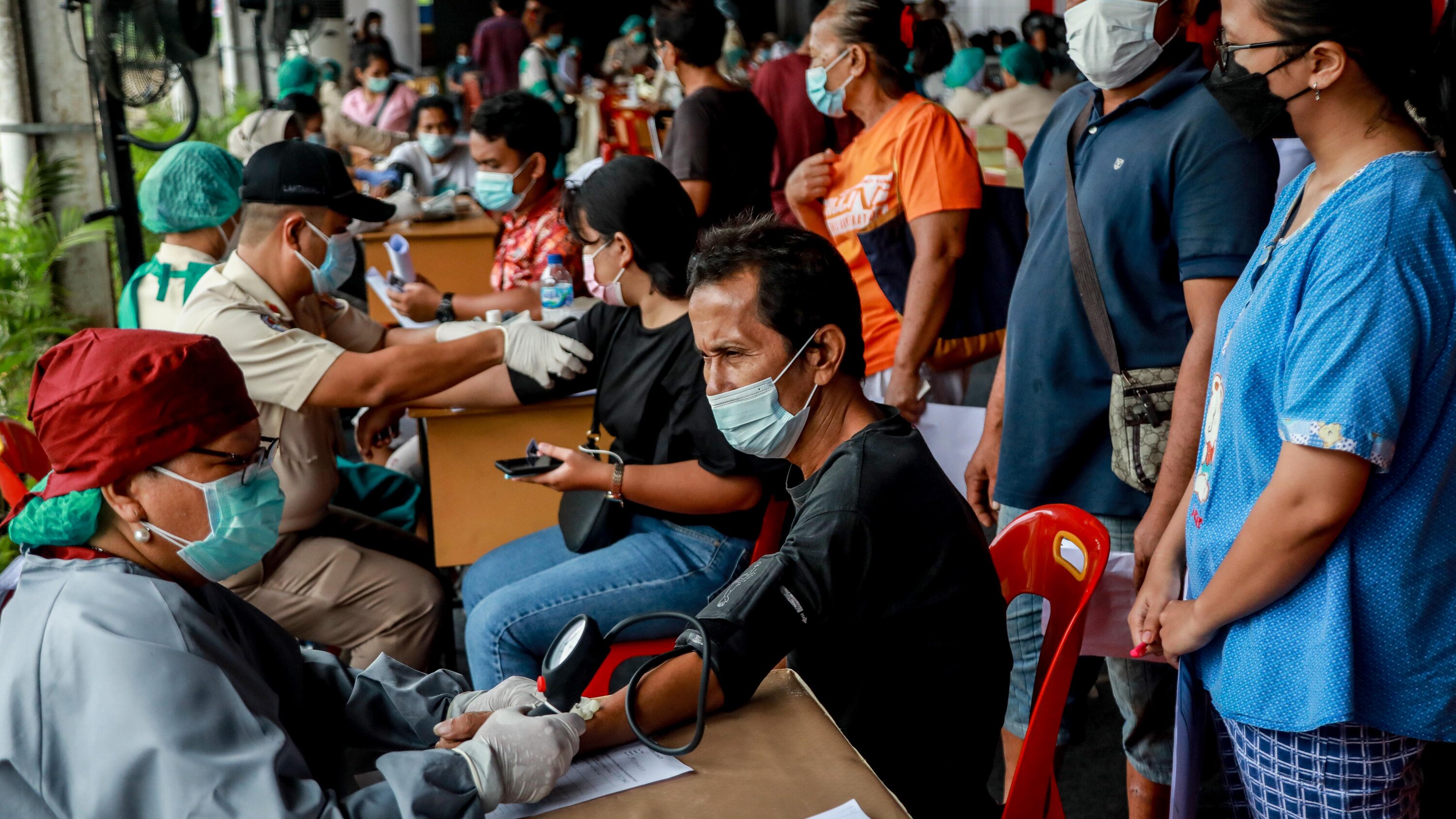 Still, Mr. Biden’s summit meeting spurred some resentment toward the United States from those who have criticized the administration for hoarding vaccines and not doing enough to help developing nations manufacture their own. Others said the administration was claiming credit for a plan that already existed.

“It’s not really new, but the financial power of what they put on the table is new of course,” Dr. Marie-Paule Kieny, a French virologist and former top W.H.O. official, said in an interview. She noted that the organization had already set a target of vaccinating 70 percent of people in low- and middle-income countries by next September.

“The U.S. wants to be engaged,” she added, “but they still don’t know exactly how to engage with the new world that has developed while they were away.”

Mr. Biden also faces criticism for offering booster doses to fully vaccinated Americans when millions of people around the world, including health care workers, have yet to receive a first dose. In his speech at the United Nations on Wednesday, President Uhuru Kenyatta of Kenya said that such inequities were hindering efforts to rebuild the global economy, which requires confidence and investment.

“The surest way to building that confidence is by making vaccines available to the world, in an equitable and accessible manner,” Mr. Kenyatta said. “That, sadly, is currently not the case. The asymmetry in the supply of vaccines reflects a multilateral system that is in urgent need for repair.”

In his opening remarks, Mr. Biden cited two especially urgent challenges: vaccinating the world against Covid-19 and solving a global oxygen shortage, which is leading to unnecessary deaths among Covid-19 patients who might survive if oxygen were more available.

But as soon as the president finished speaking and the television cameras were turned off, the director general of the World Health Organization, Dr. Tedros Adhanom Ghebreyesus, called on countries and companies to immediately share doses, intellectual property and technical know-how for manufacturing vaccines, according to one person who attended the summit and took notes on the remarks.

President Cyril Ramaphosa of South Africa was equally pointed, the person said. Mr. Ramaphosa called the vaccine inequities “unjust and immoral” and reiterated his proposal that developing countries should be able to manufacture their own doses.

More than 4.7 million people around the world, and more than 678,000 in the United States, have died of Covid-19 — a “global tragedy,” Mr. Biden said. While three-quarters of Americans have had at least one coronavirus shot, less than 10 percent of the population of poor nations — and less than 4 percent of the African population — has been fully vaccinated.

Worldwide, 79 percent of shots that have been administered have been in high- and upper-middle-income countries, according to the Our World in Data project at the University of Oxford. Covax, the W.H.O.-backed international vaccine initiative, is behind schedule in delivering shots to low- and middle-income nations that need them the most.

At a briefing held by Physicians for Human Rights this week, Dr. Soumya Swaminathan, the chief scientist of the W.H.O., issued a plea for nations to work together to distribute vaccines in a coordinated and equitable way. She also urged countries to share their excess supplies.

“A country-by-country approach, a nationalistic approach, is not going to get us out of this pandemic,” she said. “And that’s where we are today.”

Understand Vaccine and Mask Mandates in the U.S.