Nile Gardiner made the comments following his interview with Darren Grimes on GB News. He wrote on Twitter: “The next British PM must stand up to Joe Biden and tell him to back off over Brexit and the Northern Ireland Protocol. Biden needs to show some respect and stop undermining Britain.”

In the interview, Nile, former aide to Margaret Thatcher, slammed Joe Biden for having the “most far-left presidency in US history”.

“They have the same mindset. They see Brexit – a hugely popular, democratic move forward for the UK – as a threat to their worldview, to their left-wing ideology.

“And Brexit is all about sovereignty, self-determination, taking back out control. 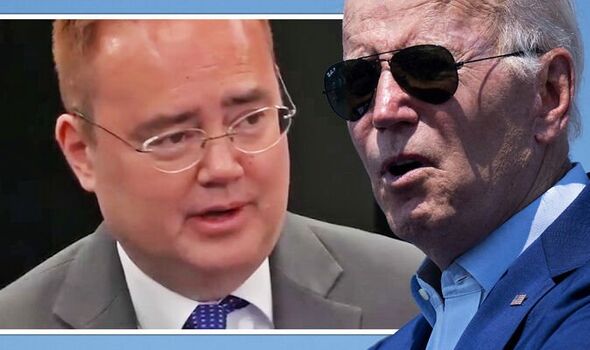 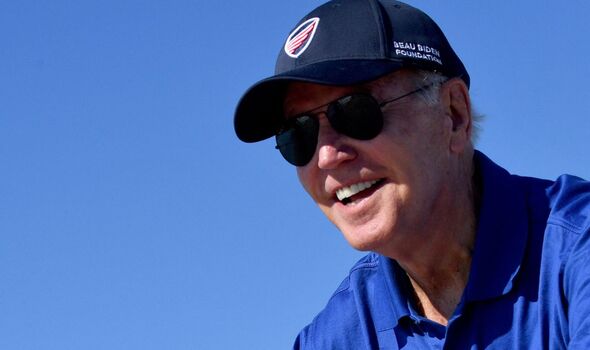 “Joe Biden sees that as a threat to his super nationalist world view.

“And Joe Biden has been absolutely awful in terms of the treatment of Great Britain, he’s been condescending, he’s been arrogant.”

A poll conducted by The Democracy Institute for Express.co.uk found 52 percent of the 1,500 US voters participating in the survey would back plans for a trade deal with the UK.

However, the number fell to 46 percent when respondents were asked about potential issues with peace on the island of Ireland. 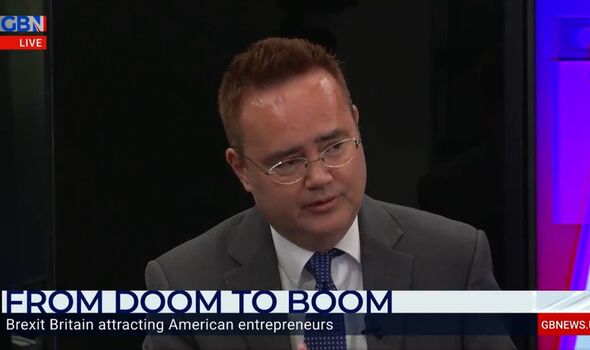 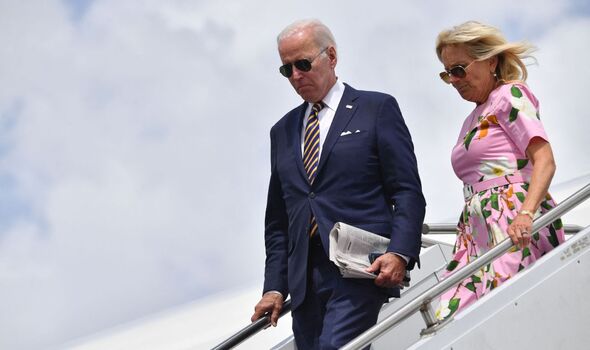 The United States, under former President Bill Clinton, played a pivotal role in brokering the peace agreement in the 1990s.

Democracy Institute director Patrick Basham noted the issue will be a “real challenge and hurdle to overcome” in the US.

Patrick said: “The default position for Americans over a trade deal with the UK is to be mildly, moderately positive and optimistic.

“That’s partly because a lot of Americans are still largely in favour of free trade deals. 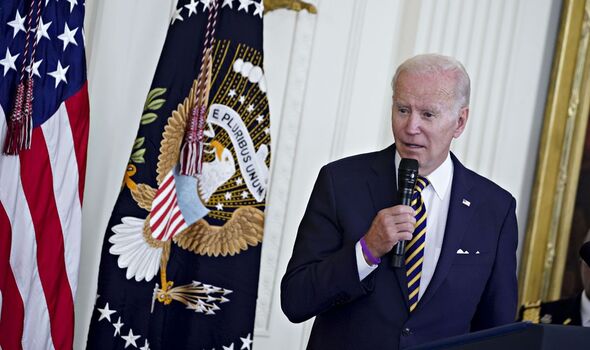 “Also there is the affinity and reservoir of goodwill towards the UK, its principal ally.

“If you are going to pluck a country out and suggest that America might have a trade deal, you do worse in every case other than the UK.”

The Good Friday Agreement ended most of the violence of The Troubles.

The agreement was approved by voters across Ireland in two referendums held in May, 1998.