Brexit: David Davis urges Boris to 'not be bullied' by EU

After a late-night wrangling session, Brussels diplomat told EU27 ambassadors the disputes over the so-called level playing field, fisheries and governance are still outstanding.
But according to a senior EU official close to the talks, both sides are “making progress every day”.  After the briefing, Mr Barnier will return to the negotiating table with Lord Frost as they attempt to hammer out the final compromises. 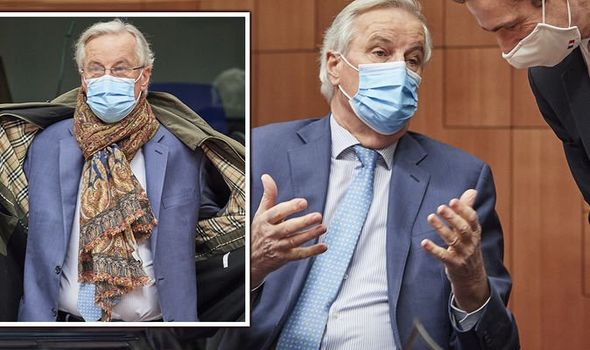