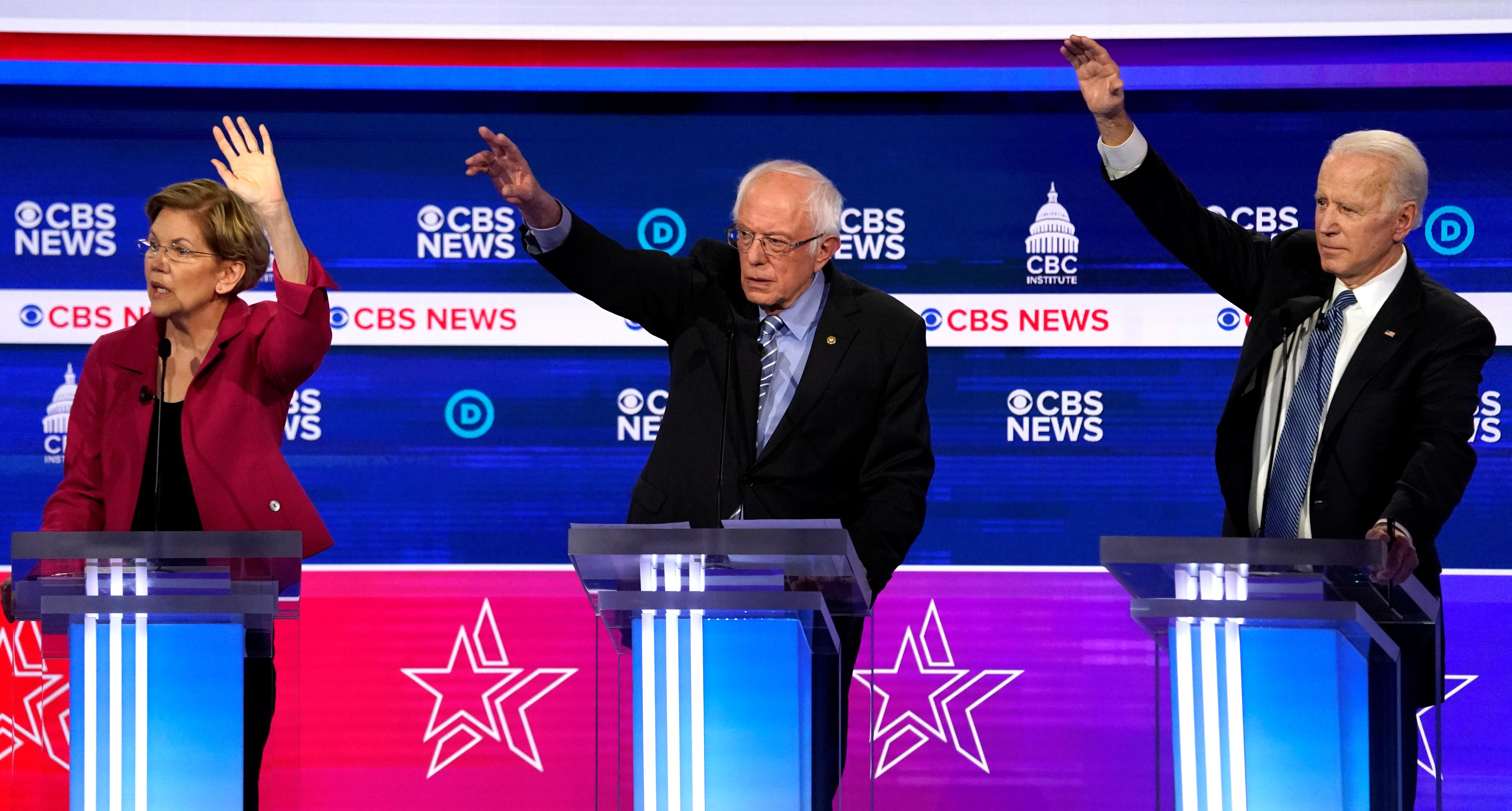 NEW YORK (Reuters) – Elizabeth Warren’s departure from the Democratic presidential race appears to have benefited front-runner Joe Biden more than Bernie Sanders, her liberal ally on many issues, according to a Reuters/Ipsos national opinion poll released on Monday.

The poll conducted from Friday to Monday showed that 47% of registered Democrats and independents said they would vote for Biden if their state’s nominating contests were held today, up 7 points from a similar poll that ran just before Warren suspended her campaign last Thursday.

Thirty percent said they would vote for Sanders, a senator from Vermont, unchanged from the previous poll.

The results suggested that Warren’s supporters, rather than gravitating toward Sanders, have fallen in line with Biden, who shifted the dynamics of the race with a commanding victory in the South Carolina primary, followed by wins in most of the Super Tuesday nominating contests last week.

Warren, a senator from Massachusetts, has not endorsed a candidate. More moderate former rivals, including Pete Buttigieg, Amy Klobuchar, Michael Bloomberg and Kamala Harris, have rallied behind Biden, the former vice president.

The poll also found that about six in 10 Sanders supporters said they would vote for Biden if he ended up winning the party’s nomination to take on Republican President Donald Trump in the Nov. 3 election. Three in 10 said they either would not vote, vote for a third-party candidate or did not yet know what they would do.

The Reuters/Ipsos poll was conducted online, in English, throughout the United States. It gathered responses from 1,114 American adults, including 541 who identified as registered Democrats or independents. It had a credibility interval, a measure of precision, of 5 percentage points.