A president evolves on civil rights along with the country. 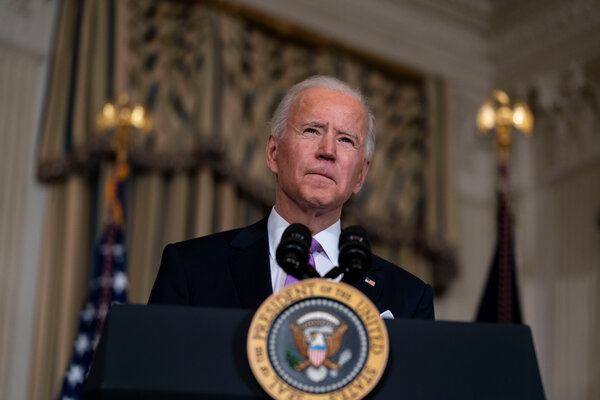 Hi. Welcome to On Politics, your wrap-up of the week in national politics. I’m Lisa Lerer, your host.

As a college student, Joseph R. Biden Jr. was more consumed with Corvettes than with civil rights. A little more than a decade later, he made common cause with Southern Republicans in the Senate to slow school desegregation. One of his most significant legislative achievements was a 1994 crime bill that helped lay the groundwork for the mass incarceration that has devastated America’s Black communities. And as vice president, he often ceded discussion of the complex dynamics of race to Barack Obama, the country’s first Black president.

Yet through it all, Mr. Biden cast himself as staunch ally of racial justice, captivated and inspired at a young age by the battle for civil rights.

“I wasn’t at the bridge at Selma,” he said in an interview in 2008, “but the struggle for civil rights was the animating political element of my life.”

Well, that was then. Thirteen years later, race is an issue that Mr. Biden can no longer finesse quite as easily.

The killing of George Floyd last year reignited a civil rights movement, plunging the country into a deep reckoning over race. As president, Mr. Biden now leads a party that has made racial justice a defining element of its coalition, offering the country sweeping pledges to combat deep-seated prejudice and reform the criminal justice system.

Unlike any other period in recent history, Democrats have infused their agenda with a focus on racial inequality, upending decades of conventional party wisdom that such appeals could prove politically risky.

“The dream of justice for all will be deferred no longer,” Mr. Biden said during his inauguration address. “We can deliver racial justice.”