COLUMBIA, S.C. (Reuters) – An outpouring of black voter support propelled Joe Biden to a convincing victory in South Carolina’s Democratic primary on Saturday, resurrecting his faltering White House bid and giving the former vice president a chance to claim he is the moderate alternative to front-runner Bernie Sanders.

The decisive win gives Biden a burst of momentum in the Democratic race to challenge Republican President Donald Trump, which broadens quickly with Super Tuesday primaries in 14 states in three days that will award one-third of the available national delegates.

It was the first presidential primary win ever for Biden, who is making his third run at the White House.

He immediately took aim at Sanders, an independent senator from Vermont and self-described democratic socialist whose surging campaign and calls for a political revolution have rattled a Democratic establishment worried he is too far left to beat Trump in November.

“Democrats want a nominee who is a Democrat,” Biden told cheering supporters in Columbia, South Carolina, in a jab at Sanders. “Win big or lose, that’s the choice. Most Americans don’t want the promise of a revolution. They want more than promises they want results.”

Biden beat Sanders among a wide range of demographic and ideological groups, including those who said they were “very liberal,” according to Edison Research exit polls. The polls showed Biden, vice president under former President Barack Obama, with 61% of African-American support to Sanders’ 17%.

In the wake of his decisive victory, Biden was endorsed by Terry McAuliffe, a former governor of Virginia and ex-chair of the Democratic National Committee, and U.S. Representative Bobby Scott, an influential African-American lawmaker from Virginia – a possible sign the Democratic establishment was starting to coalesce around his candidacy.

Biden must now hope a flurry of media attention and his name recognition will help him in Super Tuesday states, where Sanders’ prolific fundraising has helped him build bigger organizations and broadcast far more advertisements. Sanders leads opinion polls in delegate-rich California, where 3 million early votes have already been cast.

Biden and all of the other Democratic contenders also will face competition for the first time on Super Tuesday from billionaire former New York Mayor Michael Bloomberg, who has blanketed the country with half a billion dollars in advertising. Bloomberg skipped the first four state primaries.

But at least five states – Alabama, North Carolina, Tennessee, Arkansas, and Virginia – have big blocs of African-American voters that could help Biden make a comeback.

Biden’s dominance in South Carolina raised questions about the continued viability of most of the other contenders. Former South Bend, Indiana, Mayor Pete Buttigieg, Senators Elizabeth Warren and Amy Klobuchar all were well behind in the state and have dwindling chances to mount a comeback.

With 99% of the precincts reporting, Biden had 49% of the vote and Sanders was a distant second with 20%, according to official state results. Billionaire activist Tom Steyer had 11% and all of the other contenders were well behind with single digits.

As the vote count rolled in on Saturday night, Steyer, who had spent heavily in South Carolina to court African-American voters, ended his presidential bid as it emerged he was coming in a distant third.

Biden desperately needed a win after poor showings in the first two nominating contests in Iowa and New Hampshire and a second-place finish in Nevada. He had viewed South Carolina, where his popularity among the state’s big bloc of black voters proved decisive, as his firewall against disaster. 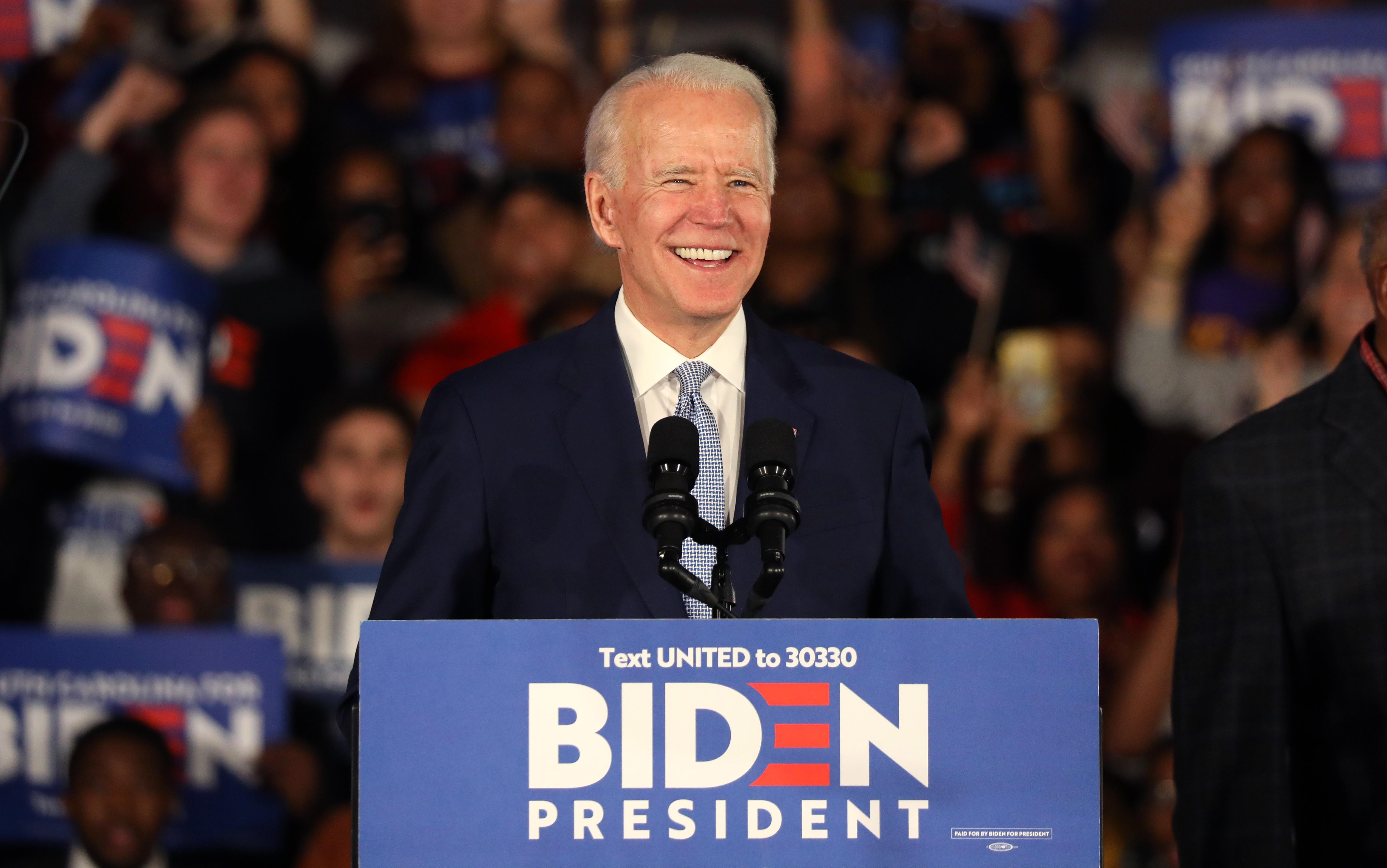 The resounding margin could slow the momentum of Sanders, who had grown stronger with each contest, finishing in a virtual tie for first in Iowa with Buttigieg, before notching wins in New Hampshire and Nevada.

“You cannot win them all,” Sanders told supporters in Virginia Beach, Virginia. “This will not be the only defeat. There are a lot of states in this country and nobody wins them all.”

Biden, a mainstream Democrat with decades of experience on the U.S. political stage, was powered in South Carolina by support from a broad range of voters, including men and women, black and white, middle-aged and old, those with and without college degrees, independent, liberal and conservative, exit polls showed.

The data showed Biden beating Sanders, who has touted his ability to bring out new voters, among those who were voting in a Democratic primary for the first time.

Exit polls found about six of 10 of South Carolina voters said influential black congressman James Clyburn’s endorsement of Biden on Wednesday was a factor in their decision. Clyburn introduced Biden at his victory rally.

“My buddy Jim Clyburn, you brought me back!” Biden told the No. 3 House Democrat before addressing supporters.

A candidate needs at least 1,991 delegates to win the nomination outright at the party’s convention in July.

Exit polls showed about half of voters wanted a candidate who would return to Obama’s policies, a key argument of Biden. Nearly eight of 10 voters in South Carolina said they had a favorable view of Biden, compared with five of 10 who saw rival Sanders favorably. 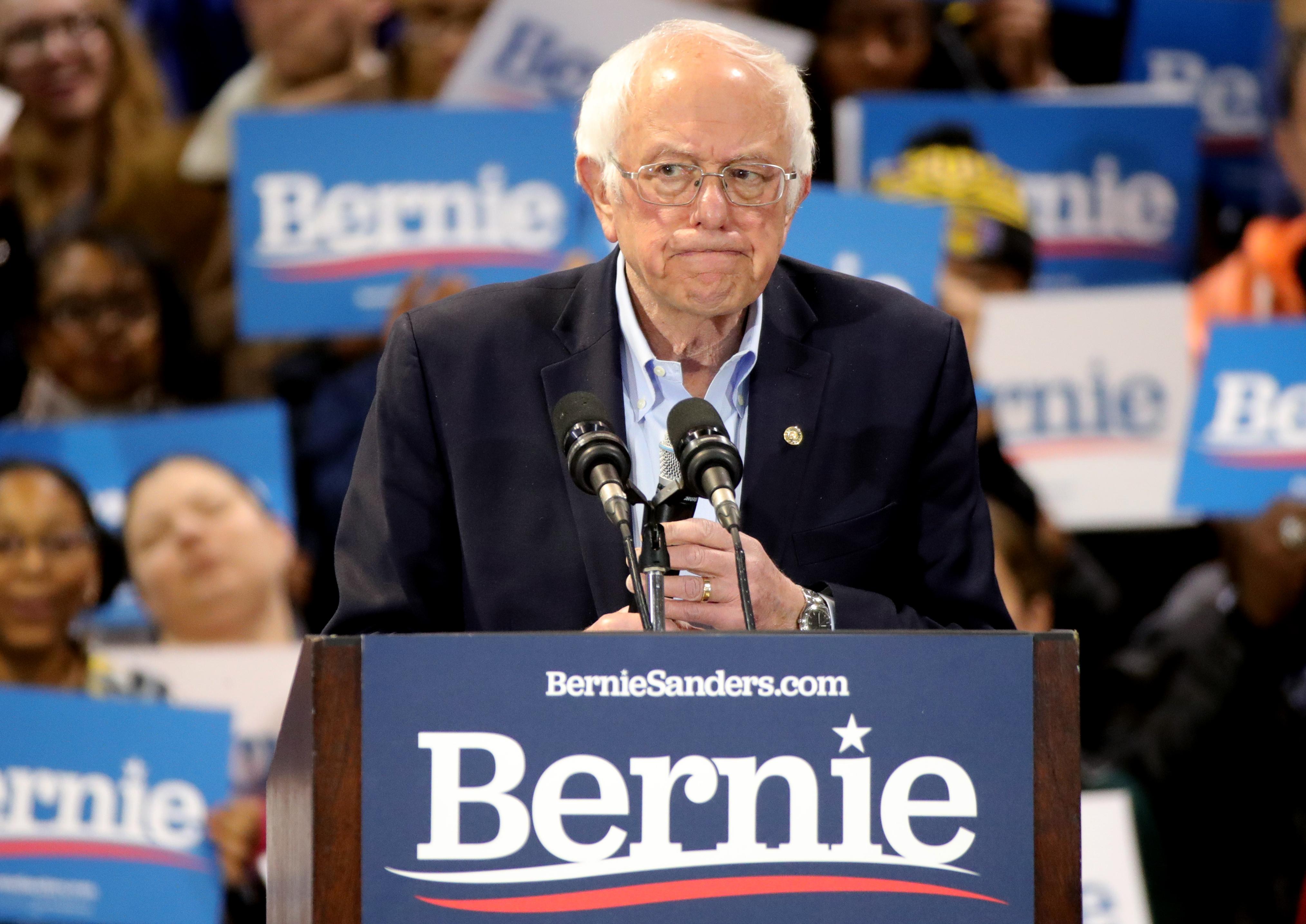 The polls also showed Buttigieg and Klobuchar, who had done relatively well in predominantly white Iowa and New Hampshire, had low single-digit support among black voters, raising questions about their path forward as the race moves into more diverse states in March.

Warren, who finished fifth with 7%, congratulated Biden on his victory at a rally in Houston but made clear that she would go on fighting for delegates.

“I’ll be the first to say that the first four contests haven’t gone exactly as I’d hoped,” she said, before urging supporters to donate to her campaign. “My campaign is built for the long haul and we are looking forward to these big contests.”