NEW YORK (Reuters) – Michael Bloomberg, a late entry into the Democratic presidential race, has moved into second place ahead of onetime front-runner Joe Biden, according to a Reuters/Ipsos national poll released on Tuesday that showed Bernie Sanders widening his lead over the field. 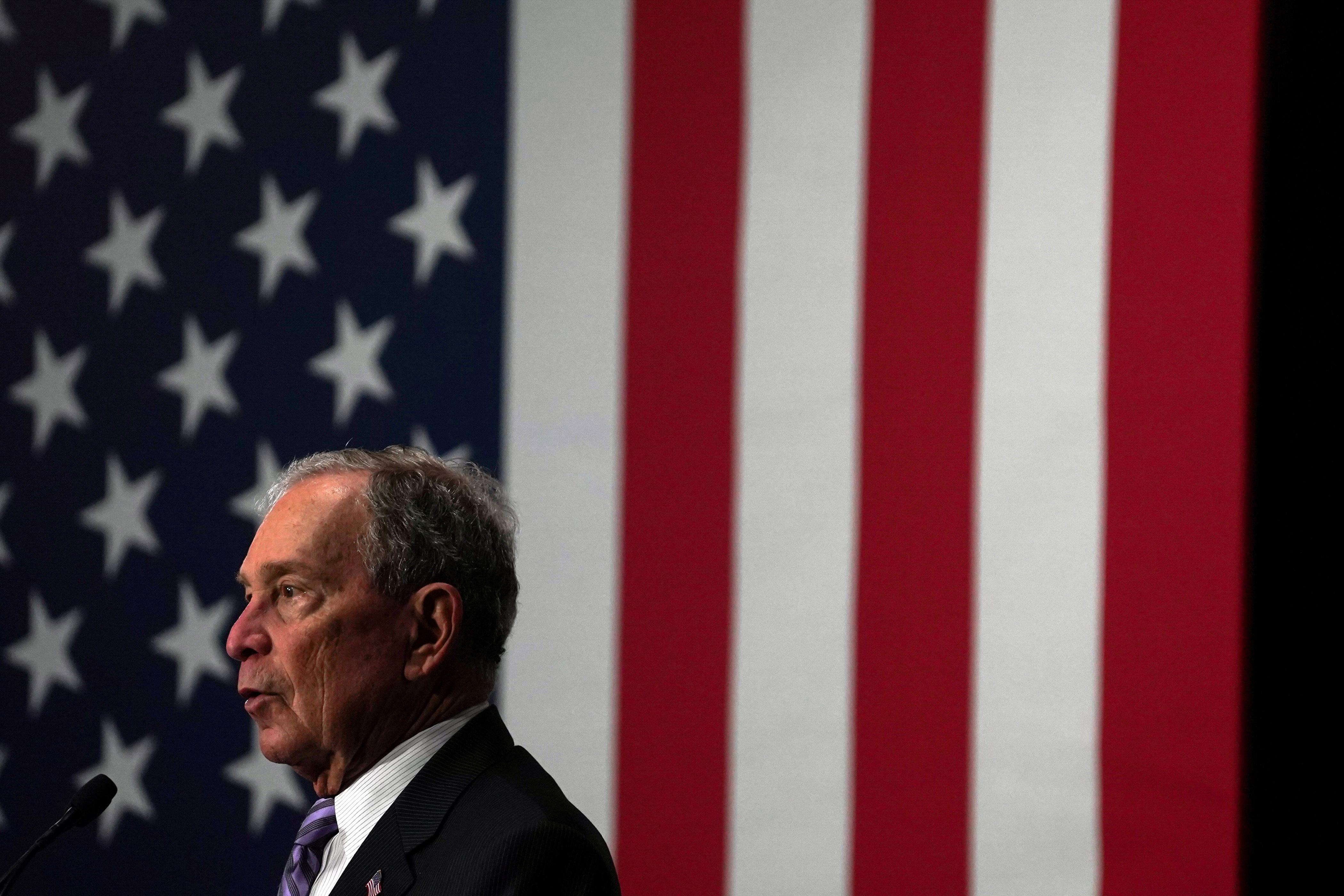 The opinion poll taken from Friday to Monday showed 25% of registered Democrats and independents said they would vote for Sanders, 78, a liberal firebrand who won last week’s New Hampshire primary. Support for the senator from Vermont grew by 5 points over the past week, the biggest one-week increase for any of the candidates.

Bloomberg, 78, a billionaire media mogul and former New York mayor, was backed by 17% of respondents, versus 13% for Biden, 77, a former vice president, who long led in national polls among Democrats vying to challenge Republican President Donald Trump in the Nov. 3 election.

Pete Buttigieg, the former mayor of South Bend, Indiana, who edged Sanders in Iowa and finished a close second in New Hampshire, got 11% support in the poll. Nine percent backed Senator Elizabeth Warren of Massachusetts and 5% said they would vote for Senator Amy Klobuchar of Minnesota.

Sanders’ popularity has risen steadily over the past several weeks, especially among men, African Americans and rural residents, according to Reuters/Ipsos polling. He leads in polls for Nevada’s nominating caucuses on Saturday.

Bloomberg appears to have positioned himself as one of the top moderates standing in Sanders’ way for the nomination.

According to the Reuters/Ipsos poll, Bloomberg has increased his share of support among registered voters in each of the past three weeks and has flipped places with Biden, who had 17% support last week versus 15% for Bloomberg.

Bloomberg, who entered the race in November, has poured money from his estimated $60 billion personal fortune into a national campaign, spending hundreds of millions of dollars on television ads. His campaign has avoided the four early nominating states and focused on bigger, more racially diverse states that will vote on Super Tuesday on March 3.

On Wednesday in Las Vegas, Bloomberg will step on the Democratic debate stage for the first time, giving voters their first chance to compare him directly with the rest of the field.

He will likely be challenged by rivals over charges that he is trying to buy the election and his use as New York mayor of a policing policy, known as stop and frisk, which was widely seen as discriminatory.

The Reuters/Ipsos poll was conducted online, in English, throughout the United States. It gathered responses from 1,115 adults, including 543 who identified as registered Democrats or independents. It had a credibility interval, a measure of precision, of about 5 percentage points.