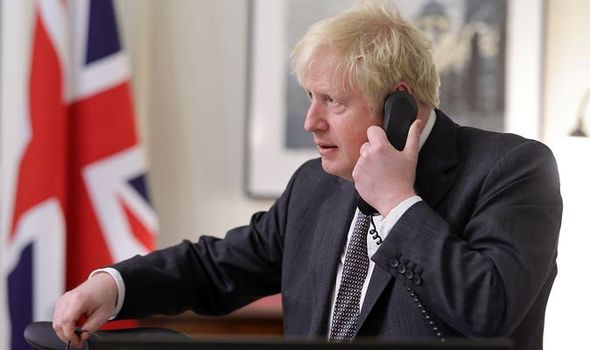 The Prime Minister spoke to Mateus Morawiecki about his concerns over the ECJ’s role in overseeing the Northern Ireland Protocol.

He also discussed Poland’s own frustrations at the court imposing rules in Warsaw that undermine its national sovereignty.

“He outlined the need to make urgent progress on this issue in order to protect the Belfast (Good Friday) Agreement.

Under government reforms to the judicial system in Poland, members of the National Council of the Judiciary which reviews nominations of judges, are now chosen by the country’s parliament.

It means the nationalist PiS party that currently governs Poland largely has control over the judiciary.

The EU member has also made changes to a disciplinary tribunal for judges which critics say undermine judicial independence.

The European Court of Justice had demanded the reforms be urgently undone and yesterday ruled Poland must pay daily fines of €1million (£845,915) until it takes action.

Poland has accused the EU of “blackmail” and said it will not pay the fines, leading to fears in Brussels that the country is heading towards quitting the bloc.

In this morning’s phone call, Mr Johnson said he wanted to deepen his relationship with Warsaw on areas of mutual interest.

“The leaders discussed the UK-Poland relationship and agreed on its strength and importance in institutions like NATO,” the No10 official said.