The Prime Minister will address the powerful 1922 committee at 6.30pm ahead of a vote on the renewal of emergency coronavirus powers on Thursday. A large number of Tory MPs are concerned the Government is asking for a six month extension until September, despite Mr Johnson’s roadmap out of lockdown due to end on June 21.

The Coronavirus Act was brought in last March at the start of the pandemic to give extra powers to the Government including shutting down pubs and detaining those deemed at risk.

It was given a two-year limit with the emergency powers requiring MPs’ consent every six months.

The Prime Minister is set for a bruising virtual meeting tonight as backbenchers line up to criticise his plans to once again renew the emergency powers.

In a bid to ease anger on the backbenchers, some of the powers originally granted to the Government under the Act last spring are set to be removed. 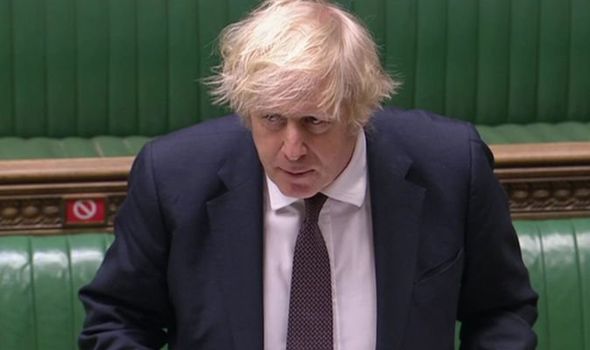 They include provisions on emergency volunteers which could have come into force if the delivery of health services was at risk and the end of an extension to time limits for retaining fingerprints and DNA profiles.

However, outrage at the extension increased yesterday when it emerged new rules would also be implemented in Thursday’s vote.

While Brits are currently banned from leaving the country except for a small number of exceptional circumstances under the “stay at home” order, the legislation will make it explicitly illegal to travel abroad even when the lockdown rules are eased later this month.

The legislation means anyone leaving England for a foreign holiday could face a £5,000 fine.

Travelling abroad could be banned until at least September under the new rules.

Tory former chief whip Mark Harper, leader of the Covid Recovery Group (CRG) of lockdown-sceptics has warned the regulations “raise a number of key questions” and said he feared ministers were attempting to move the goalposts before ending the curbs on freedom.

DON’T MISS:
None of us will be the same after Covid, says VANESSA FELTZ [COMMENT]
Holidays overseas to be made ILLEGAL – £5,000 fines for Britons [UPDATE]
EU vaccine row: UK calls on EU to act like ‘grown-ups’ amid row [REACTION] 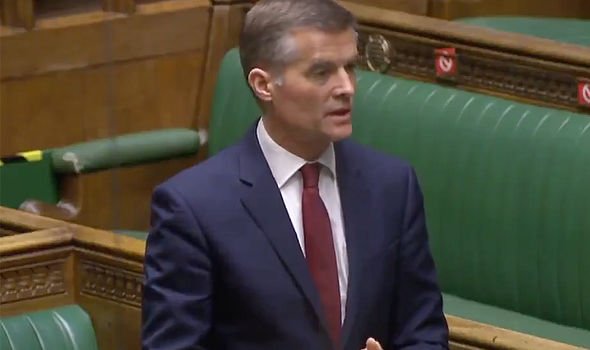 “The Coronavirus Act contains some of the most draconian detention powers in modern British legal history, and if ministers want to renew its provisions, they must demonstrate they are proportionate, reasonable and grounded in evidence,” he said.

“For any and every temporary measure that the Government wishes to retain, the burden is on them to set out, in Parliament, a very clear justification.”

CRG deputy leader Steve Baker has also criticised the plans. He said: “The detention powers in the Coronavirus Act are disproportionate, extreme, and wholly unnecessary.”

However, he conceded the emergency powers would be extended as the Government would get the backing of opposition political parties. 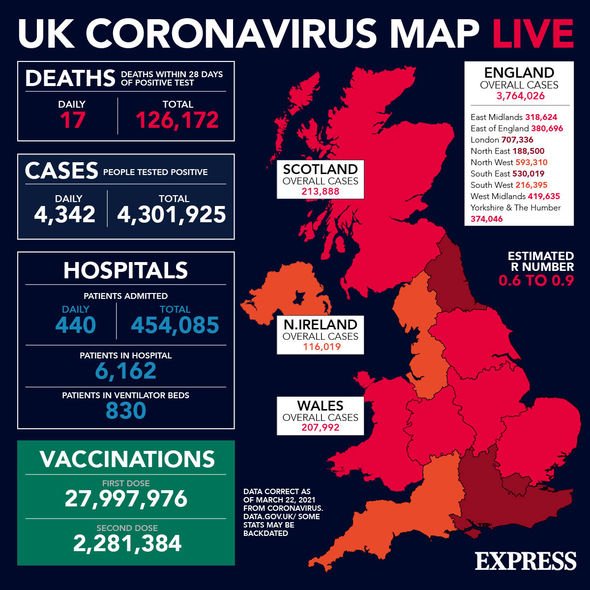 “It seems that Labour and the SNP will vote for any old authoritarianism these days,” he told Sky News’ Sophy Ridge on Sunday.

However, Mr Johnson is expected to plead with his MPs to give their support to the extension of the powers during tonight’s virtual meeting.

The Prime Minister is eager to avoid a backbench rebellion and claims he was forced to rely on Labour and the SNP to get the legislation through the Commons.

While a large number of Conservatives will also back the plans, the leadership is keen to keep the backbench revolt to a minimum.