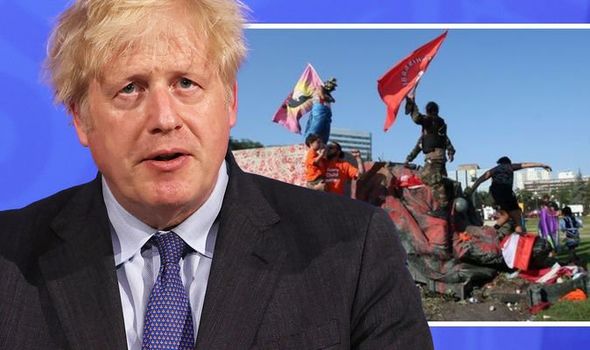 Protesters took action yesterday on the public holiday of Canada Day in response to a scandal over the deaths of indigenous children.

Almost 1,000 unmarked graves have been found at former residential schools in British Columbia and Saskatchewan that were mainly run by the Catholic Church and funded by the government.

Outraged, protesters in the city of Winnipeg chanted “no pride in genocide” before ripping the statues off their plinths.

“As you would expect, we obviously condemn any defacing of statues of the Queen,” the Prime Minister’s spokesman said this afternoon as he criticised the actions of the protesters.

He added: “Our thoughts are with Canada’s indigenous community following these tragic discoveries and we follow these issues closely and continue to engage with the government of Canada of indigenous matters.”