The agreement will ensure the 383,000 Britons who travelled to Switzerland on business last year do not need to apply for work permits to access a country which is the UK’s fourth-biggest trading partner, accounting for 3.3pc of total UK trade. International Trade Secretary Liz Truss and Guy Parmelin, her opposite number, are expected to put pen to paper on the deal in the next fortnight in London.

The agreement will come into force on January 1 after the end of the transition period on December 31.

David Henig, director of the European Centre for International Political Economy and a former UK trade negotiator, told the Telegraph: “There are quite a few international bodies in Switzerland.

“This agreement keeps things going in financial services, pharmaceuticals and physics – it’s decent to a small audience. Without it, it would have been painful.” 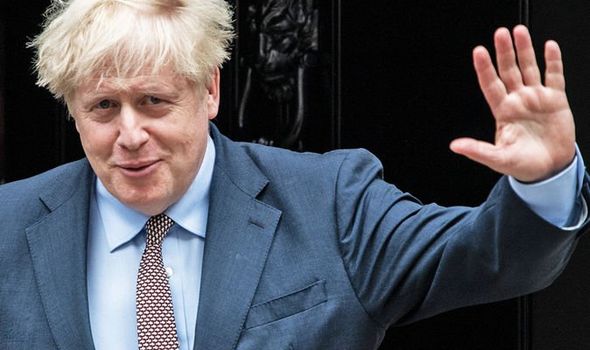 The deal is being viewed as a bridge to a wider trade deal, which would be a major boost for post-Brexit Britain.

Alan Winters, director of the Trade Policy Observatory at the University of Sussex, said: “Both the UK and Switzerland have good education and training systems. Both are somewhat on the outside of the EU.

“The UK had proposed to the EU a lock, stock and barrel continuation of the mutual recognition of professional qualifications.

“I doubt you could do that with Switzerland – but you’d have to do it on a case-by-case basis.”

A senior Government source said: “Outside the EU we have the chance to push new frontiers in areas like services trade and to build a network of deals that are more suited to UK interests and strengths.

“Switzerland, as a fellow services powerhouse, is an important partner for Global Britain.”

Express.co.uk has contacted the Department of Trade and Industry to ask for more details.