The Leader of Opposition, Sir Keir Starmer, said that his party will support the new restrictions and urged people to comply with them. But the Labour leader was not short of criticism for the Prime Minister as he urged Mr Johnson to provide tech equipment for children in need across the country and to tighten border controls to stop the spread of the virus. As Sir Keir hinted he supported the Government’s vaccination programme, Mr Johnson hit out: “I’m grateful for the Honourable Gentleman’s support for the vaccination programme.

“I must say, I do remember with which he attacked the vaccine task force and the effort they went to secure the huge supplies.

“I remember it well, it was at Prime Minister’s Questions time, Mr Speaker.

“I think it would be a good thing if he could continue to keep up that spirit and point out that not only that this country devised the first effective treatment of Covid, secured the first approval of a vaccine, was the first to produce a vaccine that could be used at fridge temperature with great value to humanity across the world.

“And, as I say, the country as I stand before you today, that has vaccinated more people than the rest of Europe combined.

“I think it would be good to hear that from the gentleman opposite.” 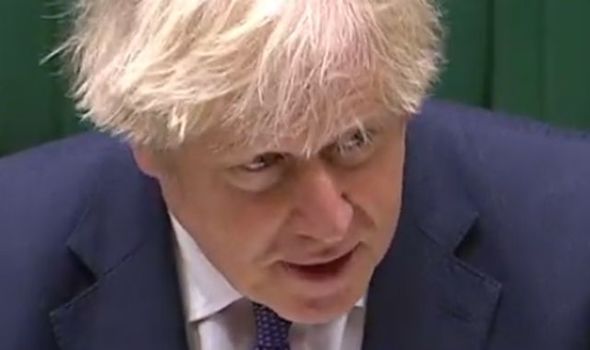 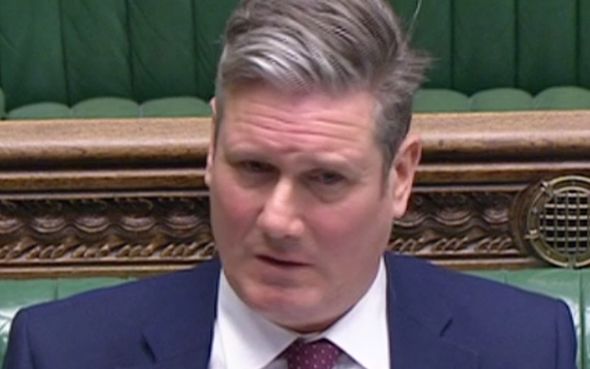 The Labour leader could be seen shaking his head in denial as he heard the Prime Minister’s dig.

Ahead of Boris Johnson’s comments, Sir Keir told MPs: “The situation we face is clearly very serious, perhaps the darkest moment of the pandemic.

“The virus is out of control, over a million people in England now have Covid, the number of hospital admissions is rising, tragically so are the numbers of people dying.

“And it’s only the early days of January and the NHS is under huge strain. In those circumstances, tougher restrictions are necessary.

“We will support them, we will vote for them and urge everybody to comply with the new rules – stay at home, protect the NHS, save lives.”

Sir Keir Starmer also told MPs: “This is not just bad luck, it’s not inevitable, it follows a pattern.

“In the first wave of the pandemic the Government was repeatedly too slow to act and we ended 2020 with one of the highest death tolls in Europe and the worst-hit economy of major economies.

“In the early summer, a Government report called ‘Preparing for a challenging winter’ warned of the risk of a second wave, of the virus mutating and of the NHS being overwhelmed. It set out the preparations the Government needed to take, I put that report to the Prime Minister at PMQs in July.

“Throughout the autumn Track and Trace didn’t work. Sage advised a circuit-break in September but the Prime Minister delayed for weeks before acting.

“We had a tiered system that didn’t work and then we had the debacle of the delayed decision to change the rules on mixing at Christmas.

“The most recent advice about the situation we’re now in was given on December 22 but no action was taken for two weeks until Monday of this week. These are the decisions that have led us to the position we’re now in – and the vaccine is now the only way out and we must all support the national effort to get it rolled out as quickly as possible.”