Peers have already inflicted a heavy defeat on the Government when they backed a “regret” amendment condemning the disputed provisions in the Bill by 395 votes to 169. And powers enabling ministers to break international law could be stripped from the controversial Brexit legislation by peers within days. The Bill is undergoing detailed line-by-line scrutiny in the House of Lords, and is currently scheduled for four days of consideration at committee stage.

The legislation sets out the way that trade within the UK will work once it is outside the EU’s single market and customs union.

But cross-party amendments have been tabled to strike out clauses linked to the most contentious part of the Bill, which aim to give ministers the power to breach the Brexit divorce deal – known as the Withdrawal Agreement – brokered with Brussels last year.

These amendments are in the name of Lord Judge, a former lord chief justice, shadow attorney general Lord Falconer of Thoroton and Conservative former leader Lord Howard of Lympne.

Liberal Democrat Lords leader Lord Newby and the Bishop of Leeds, the Rt Rev Nick Baines, are also among supporters of some of the cross-party proposals. 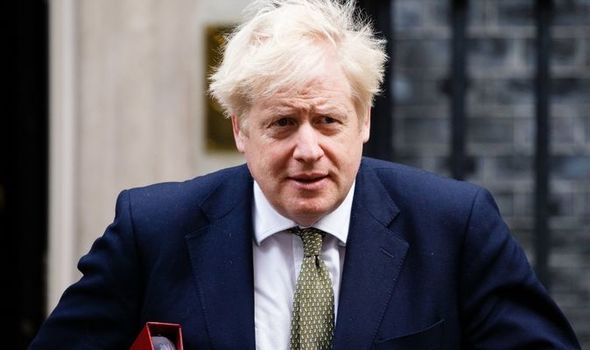 The Lords’ “regret” amendment will probably be overturned when the Bill returns to the House of Commons but the next few months are expected to see the overwhelmingly pro-Remain House of Lords on a collision course with ministers and a bruising showdown with the Prime Minister.

And there are now suggestions the row could re-open the debate about reform in the upper chamber.

Some believe the Government will eventually agree to remove some of the Bill’s more controversial clauses in a bid to get it through the House of Lords but then use the controversy as means of challenging the role of peers in the passing of laws.

Insiders claim the Lord Speaker has already written to peers warning “the knives were out for the House of Lords” even before the Internal Market Bill was published. 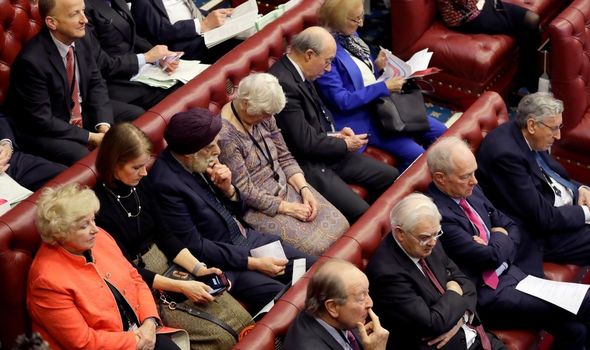 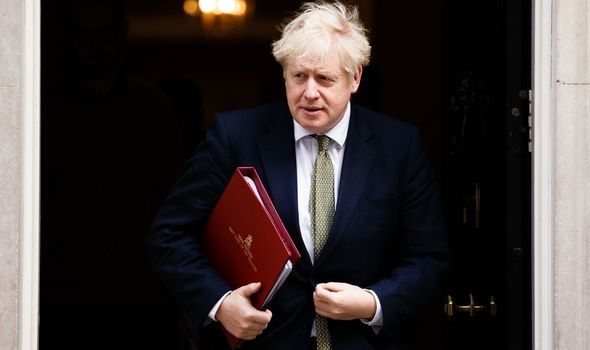 And there have been renewed calls for reform from senior MPs. Veteran Tory Sir Edward Leigh has branded the size of the upper chamber “ridiculous” in a letter to the Prime Minister.

The MP for Gainsborough urged Mr Johnson cut the “bloated” capacity of the Lords “roughly in line with the House of Commons”.

There are currently around 800 members of the House of Lords – surpassing the 650 MPs elected into the Commons.

Under Sir Edward’s proposal, the size of the House of Lords would be reduced by roughly a quarter.

As a result, peers of every political grouping would elect a proportional number from their groups to sit in the chamber.

Peers elected to represent would then sit for life until a compulsory retirement age.

Despite his calls for change, Sir Edward insisted the House of Lords still had a pivotal role to play and described the chamber as an “extremely useful aspect of our constitution”.

In a letter sent to Downing Street, he said: “The peers are the best judge of the worth of their fellow members.

“They know who pulls his or her weight and who is a shirker.

“The advantage of this plan is that it reduces the size of the Lords without any allegations of gerrymandering by the Government.

“The genius of the British constitution is its ability to bend instead of break and, like non-invasive surgery, this proposal achieves desired ends without destroying our tradition or challenging the supremacy of the Commons.”

The unelected House of Lords operates independently from the House of Commons and plays a pivotal role in scrutinising legislation and challenging the Government.

Earlier this summer, the Prime Minister created more than 30 new life peers to the Lords – the biggest increase in more than two decades.

Downing Street insisted it remained committed to reducing the size of the chamber, after previously agreeing to a plan put forward by Theresa May to reduce it down to around 600 members. 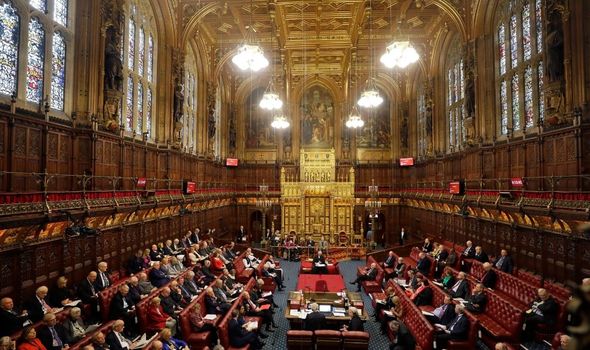 The last major attempt to reform the House of Lords too place in the coalition Government.

A draft bill Reform was published in May 2011 by the then deputy prime minister and former Liberal Democrat leader Nick Clegg.

The bill outlined plans for a House of Lords made up of 300 members but the Government announced it was dropping the Bill in September 2012.