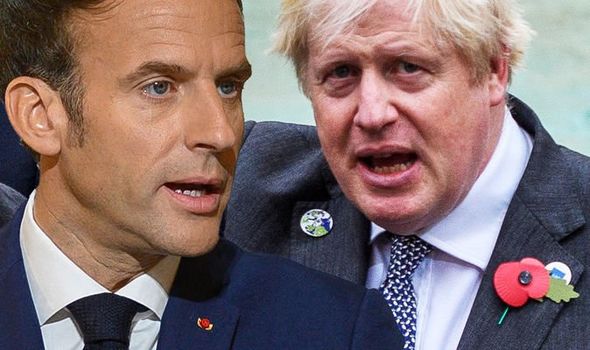 The Prime Minister met Emmanuel Macron for discussions on the sidelines of the G20 summit in Rome this morning.

He confronted his opposite number over warnings Paris is looking to punish the UK for not giving out more licences to French fishermen.

Mr Johnson said the ball was in Mr Macron’s court to normalise relations between the pair.

A Downing Street spokesman said after the talks: “The leaders discussed fishing licences.

“The Prime Minister reiterated his deep concern over the rhetoric emanating from the French Government in recent days, including the suggestion by the French Prime Minister that the UK should be punished for leaving the EU.

“He expressed his hope that the French government would de-escalate this rhetoric and withdraw their threats.”