Brexit talks have descended into chaos today as the UK tries to strike a free trade deal with the European Union. Britain and Brussels are locked in the third round of talks, as the UK looks to ensure a deal is agreed before the end of the transition period in December. But the latest discussions have ended in disaster,

Chief negotiator David Frost launched a furious tirade against EU officials today, frustrated with the lack of progress made in the free trade deal discussions.

Speaking after the talks today, he raged the EU is insisting on including a set of “novel and unbalanced proposals” on the so-called “level playing field” which would “bind this country to EU law or standards”.

Mr Forst warned that unless Brussels moves on this position, progress will never be made on the talks.

In a furious rant, the UK Cheif Negotiator issued a clear ultimatum. Read his speech in full below. 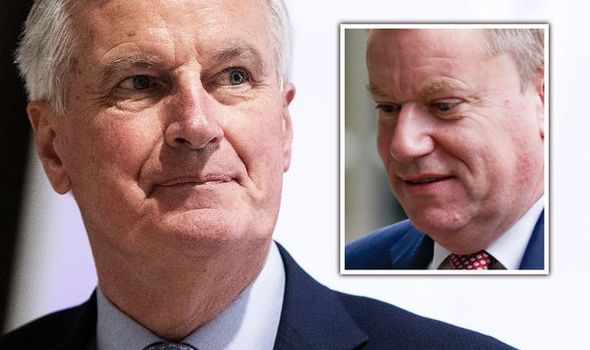 “We have just completed our third negotiating round with the EU, once again by videoconference. I would like to thank Michel Barnier and the negotiating teams on both sides for their determination in making the talks work in these difficult circumstances.

“I regret however that we made very little progress towards agreement on the most significant outstanding issues between us.

“It is very clear that a standard Comprehensive Free Trade Agreement, with other key agreements on issues like law enforcement, civil nuclear, and aviation alongside, all in line with the Political Declaration, could be agreed without major difficulties in the time available. Both sides have tabled full legal texts, there are plenty of precedents, and there is clearly a good understanding between negotiators.